Philippine President Rodrigo Duterte has addressed the nation, vowing to continue his "relentless and chilling" war on drugs, in which thousands have died.

Philippine President Rodrigo Duterte has vowed to sustain the momentum of his bloody war on drugs, telling the nation in an annual address that the fight would be as "relentless and chilling" as during his first two years in power.

Duterte told a joint session of Congress on Monday the anti-narcotics campaign, which has earned him international notoriety, was "far from over", taking a swipe at activists and political opponents who seek to bring him to book for thousands of killings. In Duterte's Philippines, having a beer can now land you in jail

"Your concern is human rights, mine is human lives" he said, adding that his fierce campaign aimed to protect the public from illicit drugs, as the "lives of our youth are being wasted" and families destroyed.

Since Duterte came to power, police have killed more than 4500 people they say were suspected drug pushers who resisted arrest. Police say several thousand other deaths are believed to be drug related, and at the hands of vigilantes or rival gang members.

Human rights groups alarmed by the bloodshed say many of the killings were summary executions by police who were systematically exterminating drug users in the poorest communities. Police vigorously rebut those allegations.

Duterte reiterated that his foreign policy would not ally with any one power, but that ties with historic foe China had been "re-energised", bringing unprecedented cooperation in the battle on transnational crime and dismantling clandestine drug laboratories. 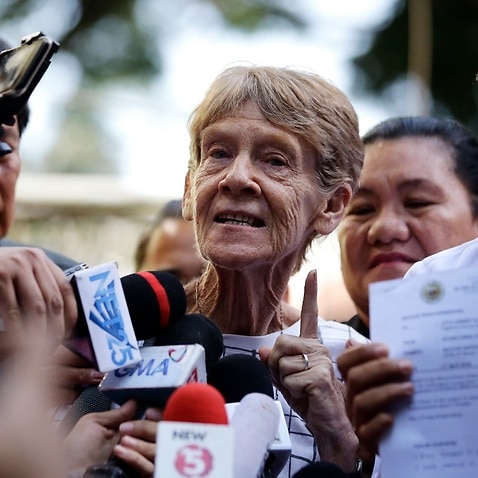 But those warmer relations would not come at the expense of the Philippines' territorial integrity and economic interests in the South China Sea, he added.

Duterte read his prepared 50-minute speech in full, unlike his two previous addresses, when he eventually ditched his script to improvise and ramble.

He asked Congress to pass a law to give proper labour contracts to millions of people in short-term employment, to protect the environment and grant the Muslim minority the right to self-rule.

Thousands of women, students, left-wing activists, and church-based groups gathered outside Congress to denounce what they said were Duterte's anti-poor policies and widespread human rights abuses.