The photo, taken on 26 February was released by the White House, and began circulating on social media on Monday.

I have yet to attend a scientific meeting that begins with a Christian prayer. https://t.co/DyfGhUpPJp

Mike Pence and his coronavirus emergency team praying for a solution. We are so screwed. pic.twitter.com/p020FBIK9J

This is a critical moment in American policy-making and not a single woman is at the table.

That’s despite the fact that women are the health care future: They account for the majority of epidemiologists, make up the majority of doctors under 44 and outnumber men at med school. https://t.co/zm1gf4CwRp

A touching & powerful photo of @VP @Mike_Pence & the President’s Coronavirus Taskforce praying when they met last week in his office. Thank you VP Pence and each one who is serving. Let’s join them in asking God for His wisdom, direction, & help in the response to this virus. pic.twitter.com/9tbMhSWe7d

He also said the government was moving to screen 100 per cent of passengers flying in from Italy and South Korea, two serious virus hot zones. 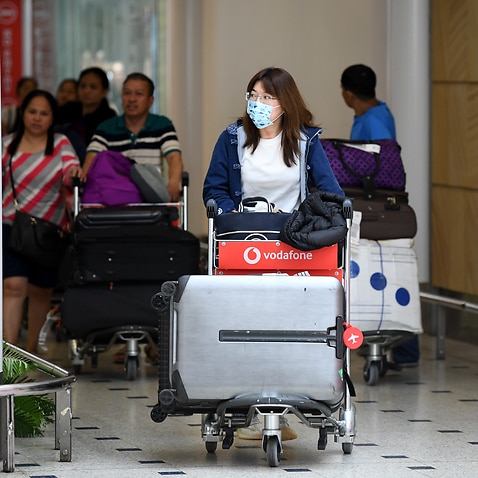