Prime Minister Scott Morrison is asking voters to consider who they trust, while Bill Shorten launched Labor's official campaign from a suburban backyard, declaring he's for a "fair go".

The two leaders made their first pitches of the official campaign after Mr Morrison ended weeks of speculation and called the election for 18 May.

Mr Morrison urged the public to consider the economy when weighing up their vote, arguing there was "so much at stake" at the election.

"Why do you trust to deliver that strong economy which your essential services rely on?" Mr Morrison said at Parliament House on Thursday morning.

"Who do you trust to deliver the strong economy and the budget management that these services can be funded, that the business that you work for will be there in three years, in five years, in 10 years?" 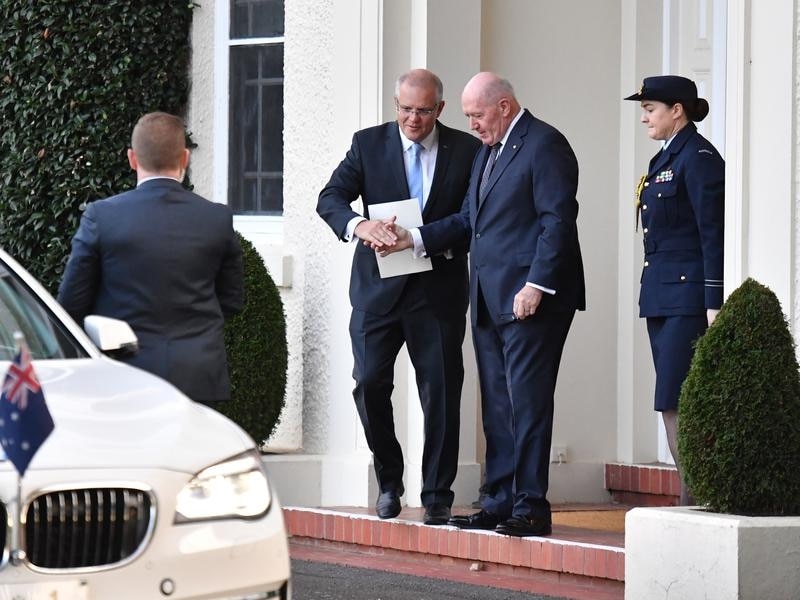 His words echo those of former prime minister John Howard, who posed the question "who do you trust?" to voters in 2004.

While Mr Morrison wants to focus on the economy, he faces an uphill battle to convince voters that he can lead a stable government.

Mr Morrison, who replaced Malcolm Turnbull in August after months of internal Liberal Party division, reassured the public he would serve a full term as prime minister.

In his first press conference of the official campaign, Labor Leader Bill Shorten said his party was united behind him. 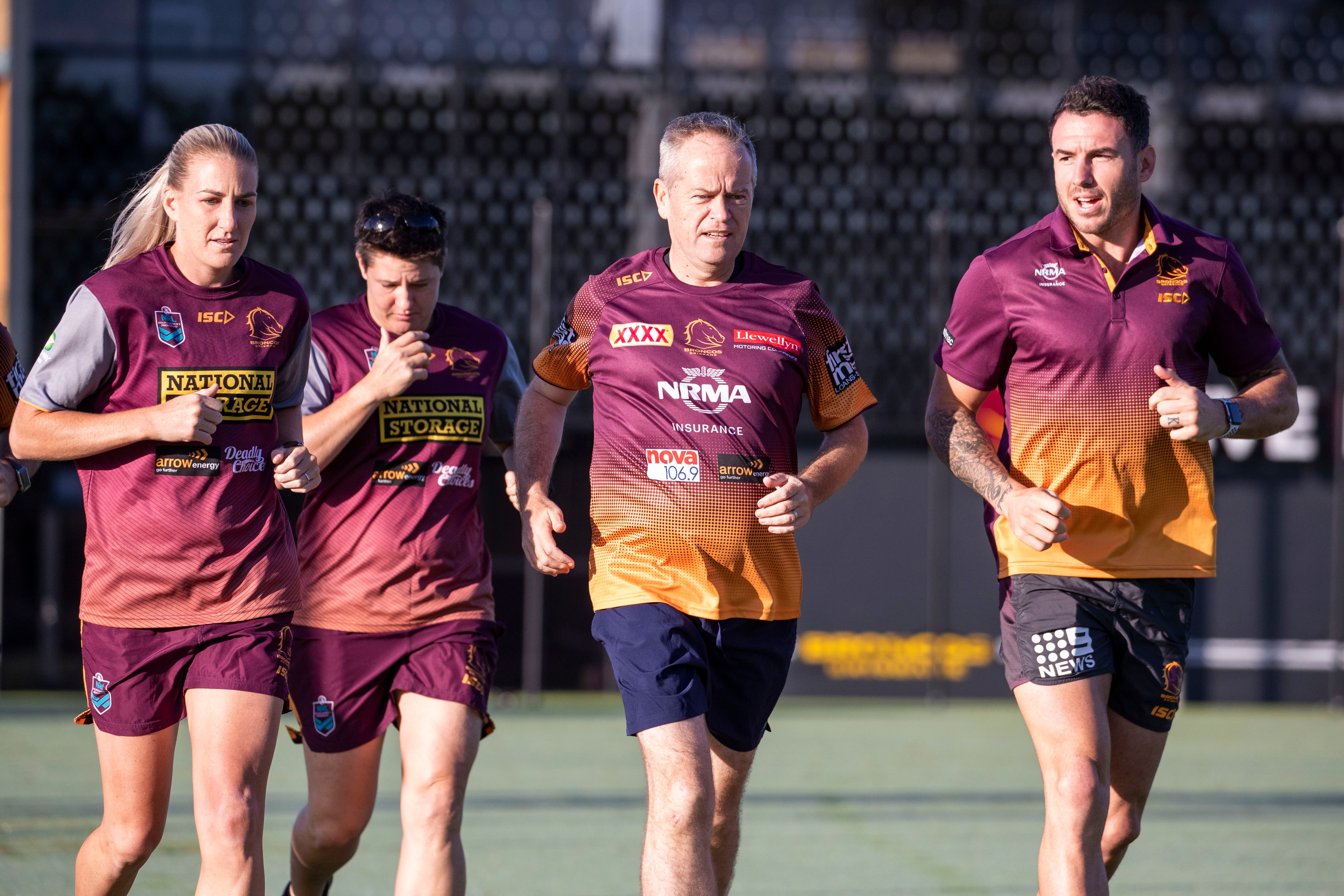 Expect to see Bill Shorten jogging in front of the cameras during the five-week campaign.
AAP

"The last six years hasn't been Australia's finest six years. There has been instability, growing inequality, wages stagnation, everything going up but your wages," Mr Shorten said.

Mr Shorten chose to kick off Labor's campaign at a family home in Mitcham in Melbourne's east.

"My feet are firmly planted in the backyard of a Mitcham house because I understand that politics should be about the people," Mr Shorten told reporters.

"It's about cost of living, education, health, good jobs and renewable energy."

"What we need to do is make sure this country is working in the interests of everyone, not just the top end of town."

Opinion polls have narrowed since the budget was handed down last week delivering tax cuts to most workers, but Labor remains ahead.

The government currently holds 74 seats in the lower house and Labor has 69, but a redrawing of the electoral boundaries means the Coalition starts with a notional 73 seats and Labor 72.

Good morning from Moonee Ponds! I'm ready to deliver a fair go for Australia. Who's with me? pic.twitter.com/e55nEEkNgS

That means both major parties need to gain seats to win a majority in the expanded 151-seat House of Representatives and form government.

Nationals Leader Michael McCormack, whose position at the head of the party is on the line this election, said he didn't put much faith in polls.

This election is about a choice for the regions.

The Liberals & @The_Nationals have a plan to put locals first, deliver the infrastructure & services the regions deserve & grow local jobs.

The Greens have branded this poll as "the climate change election" with leader Richard Di Natale saying his party offered a progressive alternative to the major parties.

Labor and the Coalition have already agreed to a campaign advertising truce over the Easter long weekend and Anzac Day.

Mr Morrison and Opposition Leader Bill Shorten have been traversing the country over the past week, pitching their economic plans a week after the budget was delivered.

Mr Morrison last night made a direct pitch to families, small business operators and seniors when he released a video featuring his family and asking voters to think long-term.

I’m proud of how far our country has come over the past few years. And I know there is still more work for us to do to make life better for all Australians. My vision for Australia is about everyone having the chance to realise their full potential. pic.twitter.com/KJyRSj6zPz

The Opposition Leader campaigned on the NSW north coast on Wednesday, and said voters were ready to dump the government after six years in office.

"The Australian people actually want to make a choice: six years of instability, three prime ministers, 13 energy policies, enough is enough, times up, let's have an election," he said.

Apart from the perennial issues of health and education, key election topics are expected to be wages, climate policy, income tax cuts and national security.

Labor goes to this election with the policy agenda for the future. We have the experienced, united team to implement it and end the six years of chaos that has been the Abbott-Turnbull-Morrison Government. We’re ready. 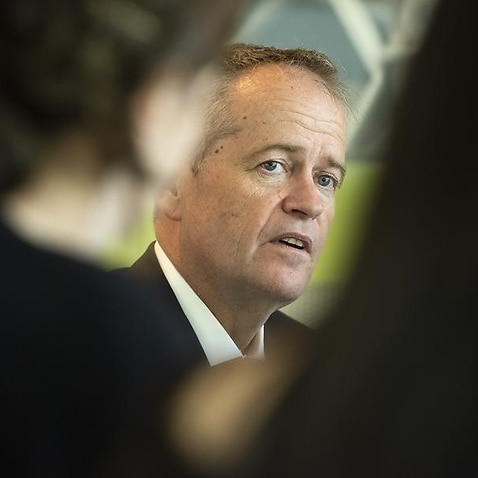