Reconciliation Australia says Scott Morrison's suggestion that the day before Australia Day could be used to celebrate the country's Indigenous people "misses the point".

Last year, Mr Morrison said that a new Indigenous national day could be created rather than change Australia Day from January 26, the date the First Fleet arrived at Sydney Cove. But asked on Monday what progress he had made in setting a date, Mr Morrison referred to existing Indigenous ceremonies held on 25 January and suggested he would like to "see that as a tradition taken up around the country".

“There are already a lot of ceremonies and activities that happen on 25th of January as commemorations, celebrations or acknowledgments. What the prime minister has said is not a bad thing, but I think it misses the point,” Ms Mundine told SBS News.

“The discussion being had at the moment is about the date of the 26th of January as our national day of celebration. The 26th of January remains for many Aboriginal and Torres Strait Islander people as a difficult date.

“It is not a unifying date for all Australians for our national day of celebrations.”

Minister 'open' to changing the date

Mr Hawke said he would advocate against a change if it would put to the public, but would be open to the move if that's what Australians wanted. Government frontbencher Alex Hawke says he's open to changing the date of Australia Day if the majority of Australians support it.
AAP

"Of course if the overwhelming majority of the Australian public take a view that it should be a different day that's what will happen," Mr Hawke told ABC Radio National on Monday.

"But this government supports it staying on January 26 and we think it's in step with the majority of public opinion."

Ms Mundine, who has been instrumental in some of Australia’s watershed events including the Apology to the Stolen Generation, wants the debate to focus on the best way to reflect the future of a modern, diverse Australia.

“I think what we have seen in the last couple of years is a growing awareness and a growing questioning of what does the 26th of January mean? And what does a national day of celebration mean to us as Australians?”

“I think that is a good thing. In a democratic society having that debate and diversity of opinion is not a bad thing.”

“It doesn’t really get to the crux of the issue of how Australia, in the 21st century, is going to respectfully and adequately recognise the violent history against Indigenous Australians, within an Australia Day recognition of what Australia has achieved in other parts of its history, culture and politics.” 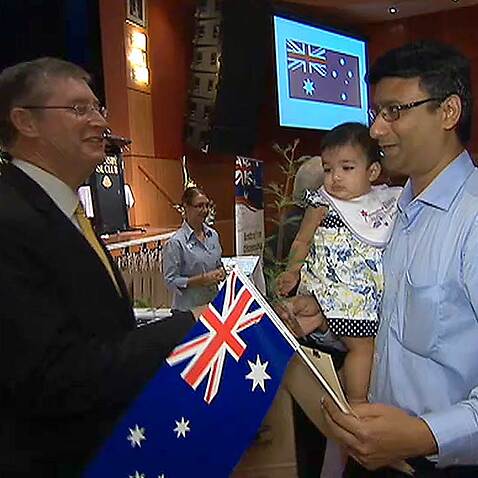 Ban on thongs and board shorts

The debate about an Indigenous national day comes after the federal government on Sunday announced new rules making it mandatory for councils to hold citizenship ceremonies on January 26 which some councils have described as "bizarre" and "heavy handed".

The government is also introducing a dress code for those becoming Australian citizens, banning thongs and board shorts.

"Wear the boardies and the thongs at the BBQ after at the beach or wherever you're doing it. On the day it is important to have standards around the important institutions," Mr Morrison told ABC News Breakfast.

In 2017, two Melbourne councils were stripped of the right to hold citizenship ceremonies after scrapping all Australia Day celebrations to recognise Indigenous sensitivities.

Yarra City Council and neighbouring Darebin Council cited a groundswell of popular support for the move but were slapped down by the government.

Amid a growing push from some corners to change Australia's national from January 26, several councils have already made plans to move or cancel traditional celebrations this year.

But Prime Minister Scott Morrison says he won't let the importance of the date January 26 be eroded.

"I'm going to ensure it doesn't get eroded and it is being reinvested in and continually held up as an important day for all Australians to come together on that day.

"That is our historical day and we need to come together on that day to ensure that we can make it an important day for all Australians, whatever their background."