The emergency order bans mass gatherings and limits movement in a 3km deep strip of land along the border for 30 days. 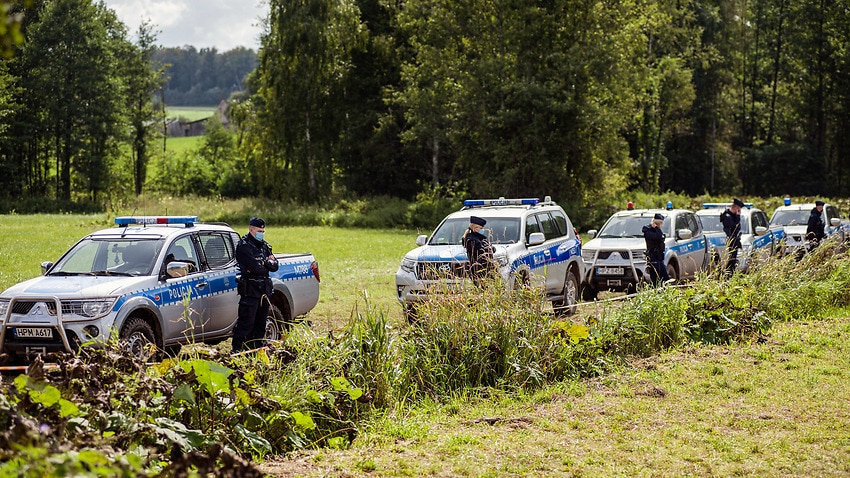 The Polish government has introduced a State of Emergency on the border with Belarus in two voivodeships. Source: Sipa USA Attila Husejnow / SOPA Images/Si

Poland declared a state of emergency in two regions bordering Belarus on Thursday following a surge of illegal migration that Warsaw has blamed on its neighbour.

Poland and the European Union have accused Belarusian President Alexander Lukashenko of encouraging hundreds of migrants to cross into Polish territory to put pressure on the bloc over sanctions it has imposed on Minsk.

The emergency order, which is the first of its kind in Poland since communist times, banned mass gatherings and limited people's movements in a 3km deep strip of land along the frontier for 30 days.

Poland began building a barbed wire fence last week to curb the flow of migrants from countries such as Iraq and Afghanistan. Source: SOPA Images

Aid groups working with migrants said there had already been an increase in Polish police and armoured vehicles in the area in recent days, and that they were worried the order would limit their work and leave refugees stranded.

"The atmosphere is generally violent, there are uniformed, armed servicemen everywhere...it reminds me of war," said Marta Anna Kurzyniec, a resident of the Polish border town of Krynki.

Poland began building a barbed wire fence last week to curb the flow of migrants from countries such as Iraq and Afghanistan.

Read More
The unlikely activist: What happened when this Olympic sprinter refused to go home

The EU imposed economic sanctions on Belarus following a disputed election in August 2020 and a crackdown on the opposition, and says Mr Lukashenko has deliberately encouraged migrants to cross into Poland, Latvia and Lithuania in retaliation.

"Belarus has always honoured all the provisions of our agreements to the letter," Mr Makei told a news conference.

Polish presidential spokesman Blazej Spychalski said the situation on the border was "difficult and dangerous".

"Today, we as Poland, being responsible for our own borders, but also for the borders of the European Union, must take measures to ensure the security of Poland and the (EU)," he said.

Rights activists have accused Polish authorities of denying adequate medical care to stranded migrants. Warsaw says they are the responsibility of Belarus.

Marysia Zlonkiewicz from the aid group Chlebem i Solą (With Bread and Salt) said police had asked them to stop their activity along the border before the state of emergency was announced.