Three people have escaped quarantine in Auckland in two separate incidents, with one COVID-positive person still at large. 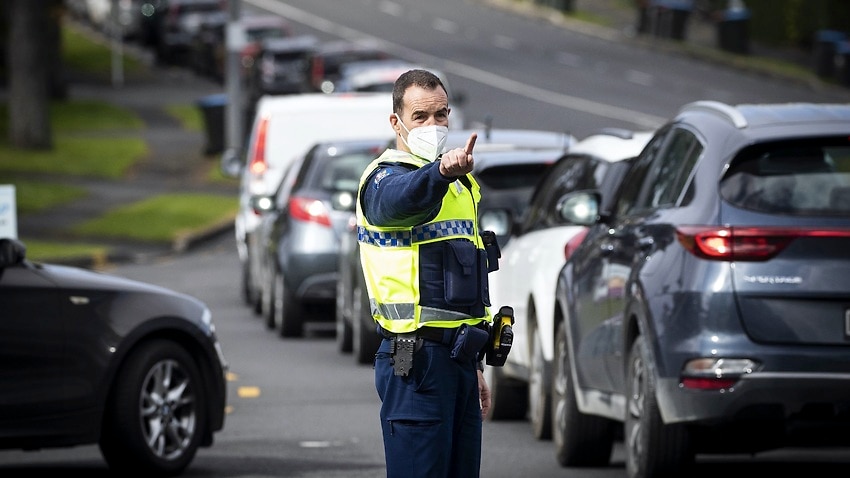 Police in Auckland are searching for a COVID-19 positive person who escaped quarantine. Source: AAP

Three people with COVID-19 have escaped New Zealand quarantine in the past 24 hours, with one still at large.

Quarantine chief Rose King has labelled the failure as "really disappointing and unacceptable" as authorities continue to search for the missing person.

The runaway was granted permission to return home briefly under security escort to "retrieve personal items, care for a pet and lock their house", before giving their minders the slip.

"They were given 10 minutes to do what they needed to. At the 10-minute mark the security detail went to retrieve them and found the individual had disappeared from the address," Ms King said in a statement.

"Police were immediately notified and this individual has yet to be found."

Ms King said an investigation would take place alongside the police's continued efforts to find the person.

In a separate incident two men attempted to flee their quarantine at the Holiday Inn Auckland Airport about 5.40pm on Tuesday.

They were watched by security as they absconded, and were captured within five minutes of escaping.

The health ministry believes the public health risk to be low, and the pair will face court on charges of failing to comply with a health order.