The offender was shot by police and later died in hospital.

Victoria Police is treating a stabbing attack in Bourke Street, Melbourne, that killed one man and injured two as a terrorist attack.

"From what we know of that individual, we are treating this as a terrorism incident," Victoria Police Commissioner Graham Ashton told reporters on Friday night.

Commissioner Ashton did not name the man who lunged at police with a knife before he was shot by police and later died at the Royal Melbourne Hospital.

"The person is known to police."

SBS News understands the offender is a Somali man known to ASIO.

Commissioner Ashton said authorities discovered gas bottles in the car that erupted into flames during the incident.

Police responded to reports of a vehicle on fire in Melbourne's CBD just after 4pm on Friday and say the offender confronted them with a knife. 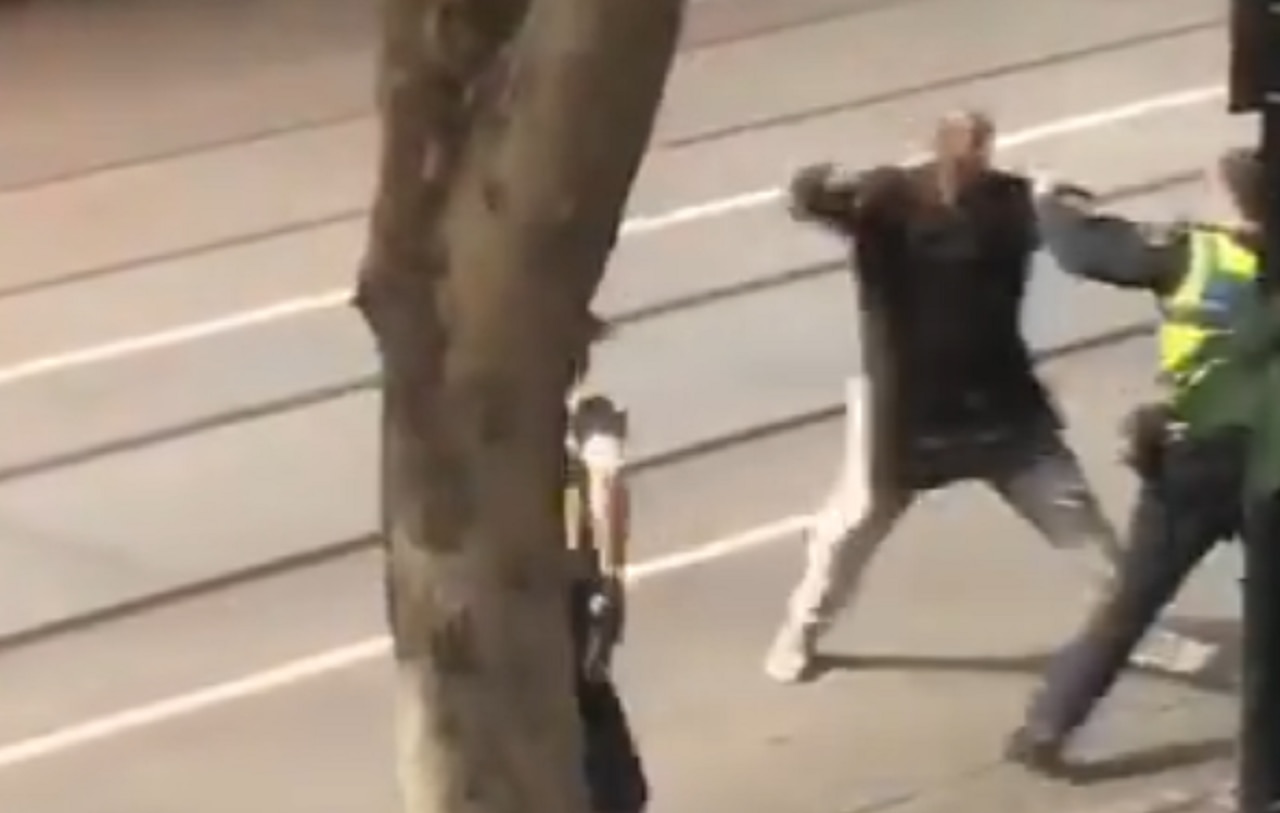 Appearing with police, Premier Daniel Andrews said "this is an evil, terrifying thing that's happened in our city and state today. We condemn it".

Mr Andrews thanked authorities as well as "those strangers, people who were bystanders who knew nobody involved, who stepped in without a moment's hesitation". Prime Minister Scott Morrison said he has been briefed about the incident.

"Australians will never be intimidated by these appalling attacks and we will continue to go about our lives and enjoy the freedoms that the terrorists detest," he said.

When evil attacks our city, Melbourne stands together.

One witness said a man was stabbed in the face and desperate efforts were made to save him.

"Because he was on his stomach, they turned him over to see if he's alright, he was still alive," nearby KFC worker Markel Villasin told AAP.

"He was breathing and he was bleeding out."

Mr Villasin said bystanders were screaming at police to shoot the knifeman.

"They were around him trying to take the knife out of his hand - I'm pretty sure it was a kitchen knife," he said.

"I don't know what the police were doing, for a good two to three minutes they were trying to grab him, tackle him down when a lot of people were screaming ... 'just f***ing shoot him, shoot him'."

While Suki Singh told SBS News he saw a "massive fire" with "police everywhere" near the corner of Bourke and Swanston Streets.

"There were choppers flying above ... People were running," he said.

Another person at the scene said: "I saw people running, screaming. It was really terrifying".

"I've never seen a fire that big before."

Social media users have shared photos and videos of the incident.

Chaos in #bourkest as a guy seems to have set his car on fire then attacked police with a knife. Police response was swift and overwhelming. I heard at least one gunshot initially. pic.twitter.com/j5BB8VVehI

Victoria Police is urging anyone with video of the incident to share it with them.