The Pope has criticised those who deny human-induced climate change and called carbon pricing "essential" for stemming its impacts.

Pope Francis says carbon pricing is "essential" to stem global warming - his clearest statement yet in support of penalising polluters - and appealed to climate change deniers to listen to science.

In an address to energy executives at the end of a two-day meeting on Friday, he also called for "open, transparent, science-based and standardised" reporting of climate risk and a "radical energy transition" away from carbon to save the planet. Carbon pricing, via taxes or emissions trading schemes, is used by many governments to make energy consumers pay for the costs of using the fossil fuels that contribute to global warming, and to spur investment in low-carbon technology.

The Vatican did not release the names of those who attended the closed-door meeting at its Academy of Sciences, a follow-up to one a year ago, but industry sources said the companies represented were believed to be the industry giants Eni, Exxon, Total, Repsol, BP, Sinopec, ConocoPhillips, Equinor, Chevron.

A small group of demonstrators gathered outside a Vatican gate. One held a sign reading "Dear Oil CEOs - Think of Your Children". Francis, who has made many calls for environmental protection and has clashed over climate change with leaders such as US President Donald Trump, said the ecological crisis "threatens the very future of the human family".

He implicitly criticised those who, like the US president's, deny that climate change is mostly caused by human activity. 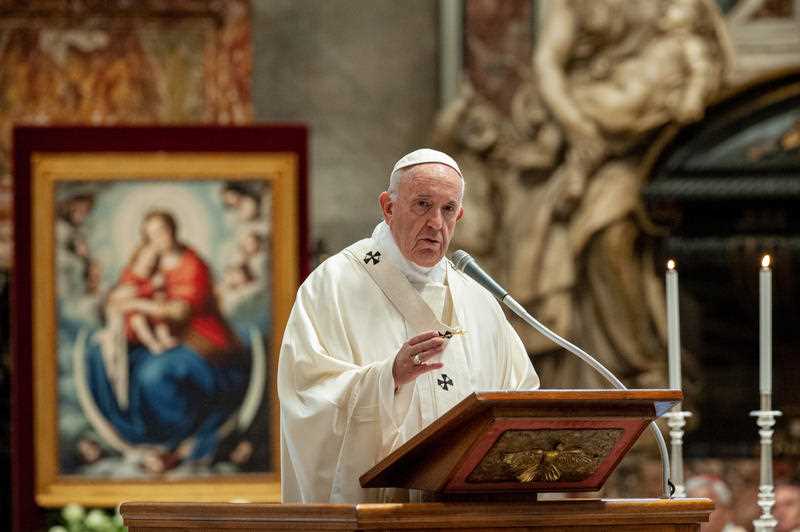 The pope has called for "open, transparent, science-based" reporting of climate risk and a "radical energy transition" away from carbon to save the planet.
AAP

"For too long we have collectively failed to listen to the fruits of scientific analysis, and doomsday predictions can no longer be met with irony or disdain," he said.

Discussion of climate change and energy transition must be rooted in "the best scientific research available today".

Last year, Mr Trump rejected projections in a report by his own government that climate change will cause severe economic harm to the US economy. The pope criticised those who, like the US president's, deny that climate change is mostly caused by human activity.
AAP

Mr Trump also announced his intent to withdraw the United States from the 2015 Paris deal to combat climate change, becoming the first country to do so among 200 signatories. 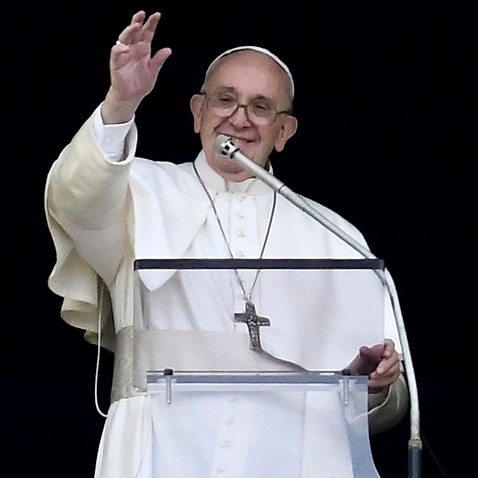 Francis, who wrote an encyclical - a significant document on Church teaching - in 2015 on protection of the environment, and strongly supports the Paris accord, said time was running out to meet its goals.

"Faced with a climate emergency, we must take action accordingly, in order to avoid perpetrating a brutal act of injustice towards the poor and future generations," he said.

"We do not have the luxury of waiting for others to step forward, or of prioritising short-term economic benefits."