Bills to support protesters in Hong Kong and warn China over human rights have been passed by the US House of Representatives.

The US House of Representatives has passed two bills intended to support protesters in Hong Kong and send a warning to China about human rights, sending them to the White House for President Donald Trump to sign or veto.

The House on Wednesday voted 417 to 1 for the "Hong Kong Human Rights and Democracy Act," which had passed the Senate unanimously on Tuesday.

The U.S. House has just passed our #HongKongHumanRightsandDemocracyAct.

It’s now headed just an @Potus signature away from becoming law. A powerful moment in which a united, bipartisan coalition made it clear that we #StandWithHongKong

Strong support for the measure had been expected, as House members passed a similar bill last month.

The legislation, which has angered Beijing, would require the State Department to certify at least once per year that the Chinese-ruled city retains enough autonomy to qualify for the special US trading consideration that helped it become a world financial centre.

It also would provide for sanctions against officials responsible for human rights violations in Hong Kong. 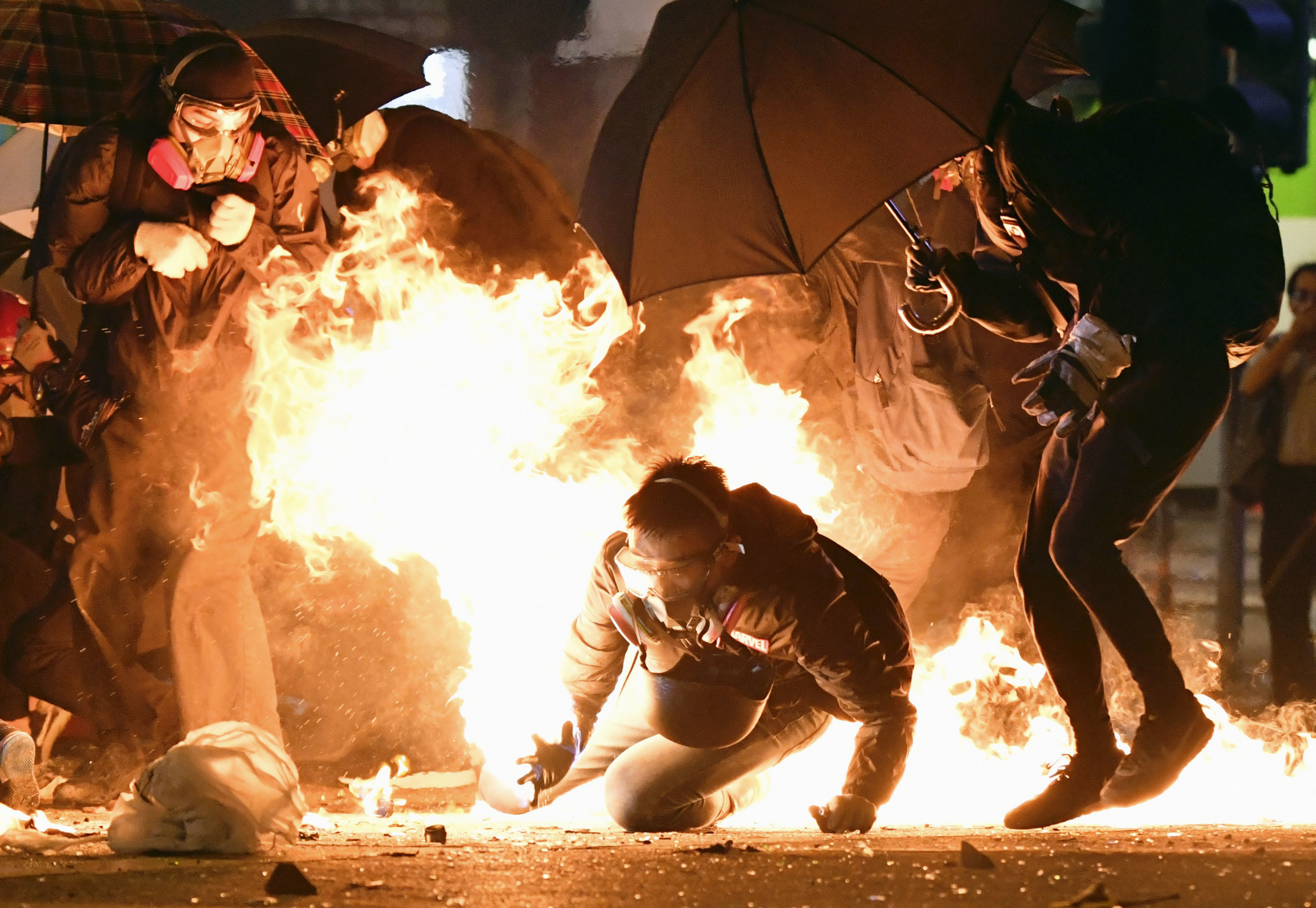 Demonstrators in Hong Kong have been protesting in the streets amid increasing violence and fears that Beijing will ratchet up its response to stop the civil disobedience. The protesters are angry at what they see as Chinese meddling in the freedoms promised to Hong Kong when Britain handed it back to China.

The House passed by 417 to 0 a second bill, which the Senate also approved unanimously on Tuesday, to ban the export of certain crowd-control munitions to Hong Kong police forces. That measure bans the export of items such as tear gas, pepper spray, rubber bullets and stun guns. 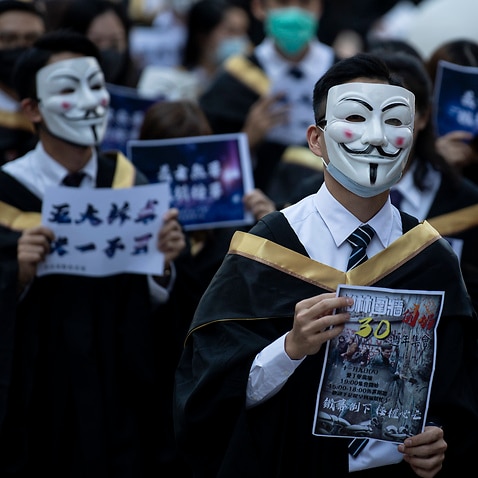 The White House declined to comment on whether the president intended to sign or veto the legislation. But vetoes would be difficult to sustain given that the measures passed both the Republican-controlled Senate and Democratic-controlled House with almost no objections.

A two-thirds majority would be required in both the Senate and House to override a veto. 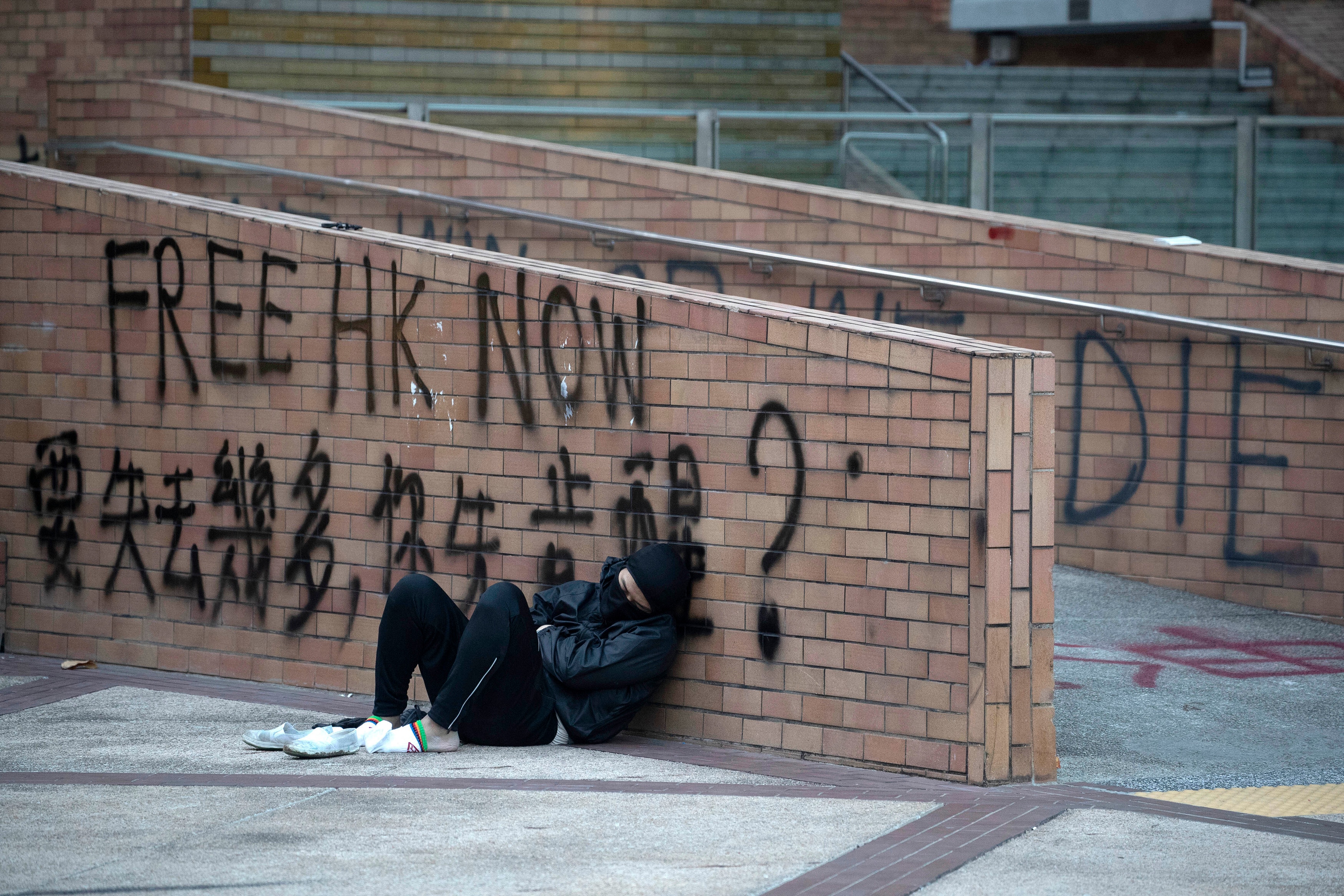 A protester sleeps in the open near graffiti which reads "How much will you lose, before you wake up" in the Hong Kong Polytechnic University.
AP

In Beijing on Wednesday, China condemned the legislation's passage, and vowed strong countermeasures to safeguard its sovereignty and security.

China's Foreign Ministry said this month that China had lodged "stern representations" with the United States about the legislation and urged that it not be passed into law, saying it would not only harm Chinese interests and China-US relations, but the United States' own interests too. 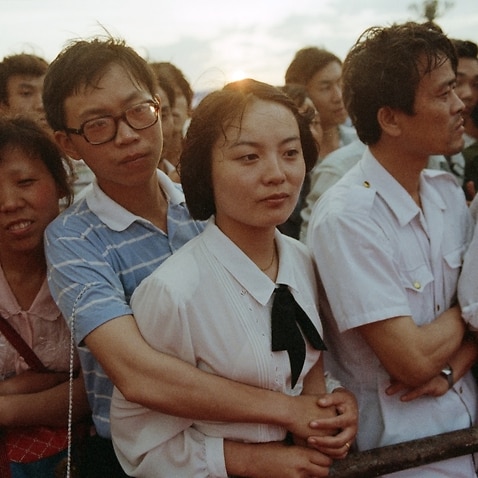 This is how the 1989 Tiananmen Square massacre unfolded

It said China would "inevitably take vigorous measures to firmly respond, to staunchly safeguard our sovereignty, security and development interests."

Trump has warned that if anything bad happened in Hong Kong, it could be bad for talks to end a trade war between the world's two largest economies. 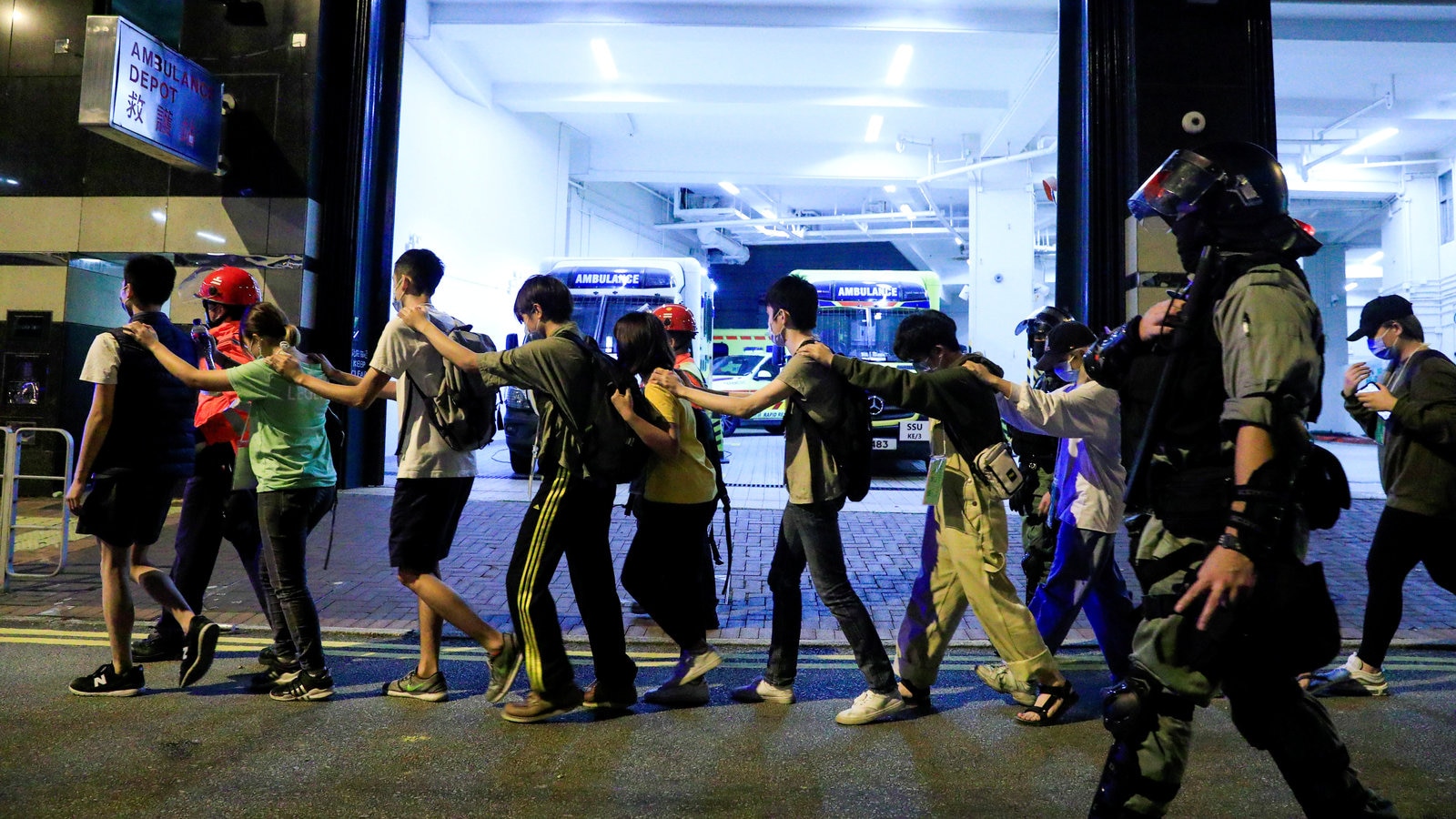 Protesters are escorted by police out of the campus of Hong Kong Polytechnic University during clashes with police in Hong Kong on Monday.
Thomas Peter/Reuters