Amazon had already been selling Kindle e-reader devices, audio books and content from its Australian website but now the company has kicked into full gear offering its own products and items sold by small local retailers.

Amazon is known for sacrificing profit for sales through aggressively low prices.

While its greater presence in Australia is expected to benefit customers, it is likely to bring more pain for local retailers.

The US retail giant will now allow Australians to choose from millions of products across more than 20 categories.

Fabio Bertola, who is head of Amazon Marketplace for Amazon Australia, outlined the latest expansion.

"We sell to customers that are in 185 countries around the world and we have over 300 million active partners who are ready to but stock from Australian sellers," Mr Bertola said.

"I just want to express on behalf of the team how excited we are to work with tens of thousands of sellers here in Australia right now as well as in the coming months and the coming years." 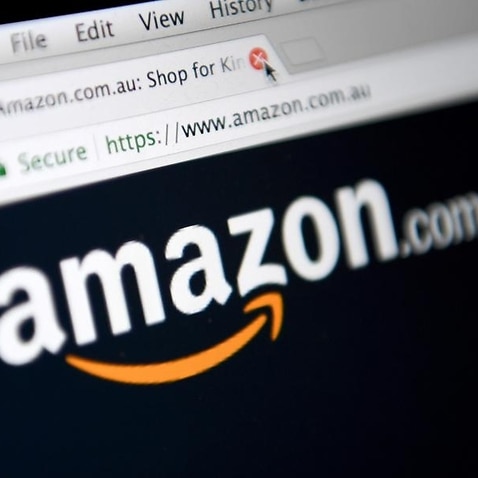 Large local electronics retailers such as JB Hi-Fi and Harvey Norman are expected to be among the hardest hit by Amazon's deeper footprint.

Key Australian retail stocks for both companies slumped on the news, while Morgan Stanley analysts have previously warned that Kmart and Target's parent company Wesfarmers could lose $400 million in annual earnings to Amazon by the 2026 financial year.

Australian Retailers Association executive director Russel Zimmerman says retailers will have to adapt to the changing market conditions posed by online retailers such as Amazon.

"We are seeing lots more retailers who are engaging via online rather than being just a bricks and mortar retailer," he said.

"If you believe you can sell online then you should engage with an online platform - whether that's Amazon if that's what suits you that's great, otherwise you may use your own platform.

"At the end of the day Amazon is here it's good news and it's great for retailers."

Harvey Norman Executive Chairman Gerry Harvey told Channel Seven's Sunrise he was concerned about what he described as the potential of predatory pricing practices by Amazon.

"I've just come back from Singapore and Malaysia and we have just opened up a couple of new shops over there," he said.

"We have Amazon against us over there, Alibaba and a few others.

Family-run business Opus has been operating in the Sydney suburb of Paddington since 1978 when owner Chris Tourgelis' parents bought the shop.

In recent years, he has taken over the running of the store and says Amazon is likely to be a positive influence on business.

Nathan Lynch, from Thomson Reuters Financial and Risk, says multinationals such as Amazon are at an unfair tax advantage compared with local retailers.

"The big advantage that Amazon has is its tax structure. We have seen this with all of these tech based multinationals, they have very aggressive tax practices. And that's a big challenge," Mr Lynch said.

"That's arguably an fair advantage when you have local stores and local businesses that are captive in Australia and paying their taxes here, on revenue earned here than they are competing with multinationals who are able to avail themselves of offshore centres and sophisticated tax structure that in some cases are able to get their tax rate down to two or three or cents in the dollar."