Donald Trump has been a US president like no other. But what will become of him once he’s no longer the most powerful man in the world?

He’s been impeached twice, failed to secure a second term and made baseless claims of electoral fraud. Donald Trump will likely go down in history as one of the most irregular presidents the United States has ever seen.

So what’s next for Mr Trump?

Considering his dizzying presidency, it’s hard to imagine Mr Trump will toe the line once he’s no longer at the top.

An unspoken tradition for US presidents, once they leave office, is that they generally withdraw from politics and decline to comment on the action of their successors.

But US politics expert at RMIT University, Dr Emma Shortis, said we’re in “unchartered territory” this time around. 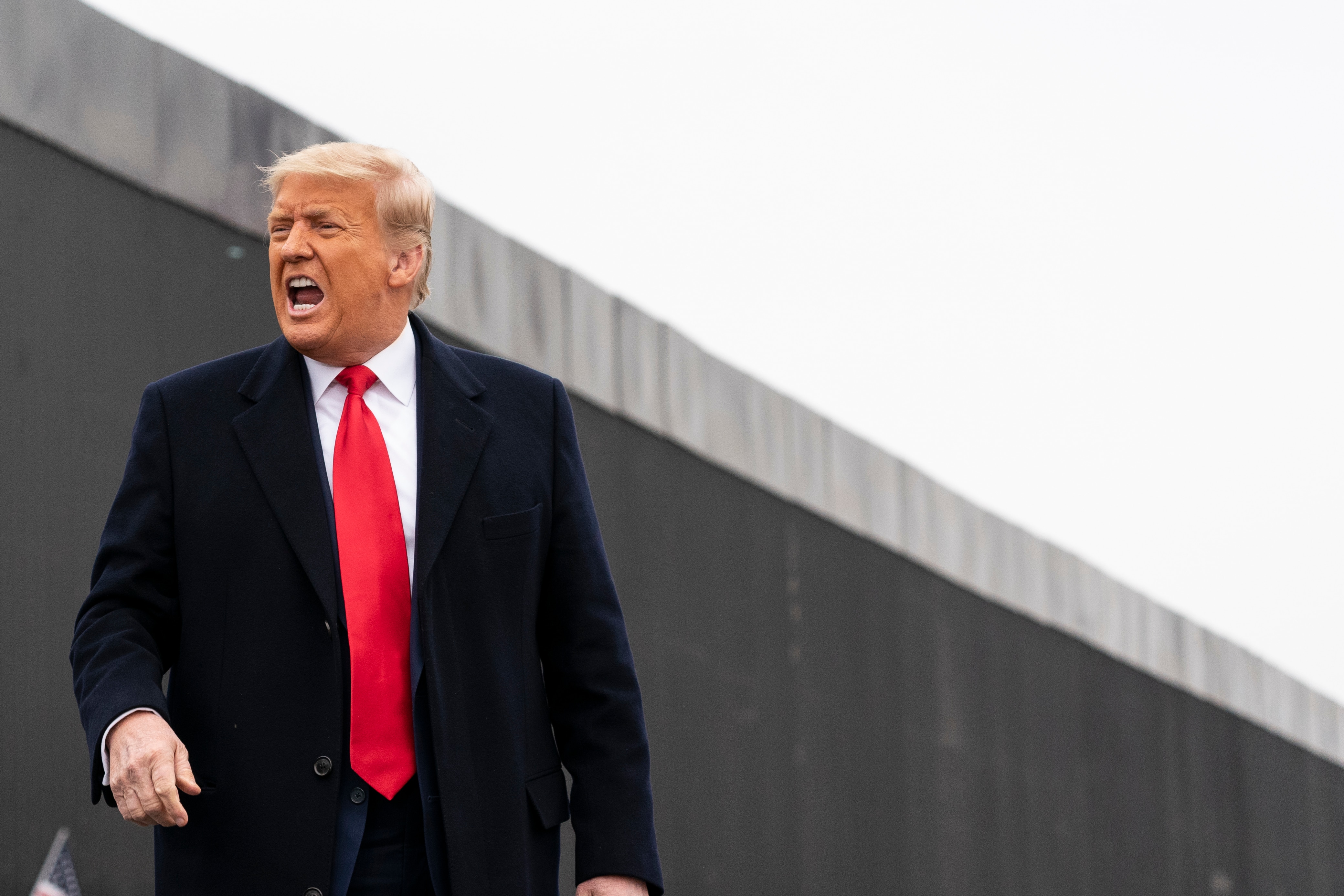 Donald Trump visiting a section of the US-Mexico border wall on 12 January 2021 in Alamo, Texas.
AP

She said “going off quietly” doesn’t seem to be his style. This could mean Mr Trump may continue to be a vocal critic of presidential-elect Joe Biden in the years to come.

“Normally with the outgoing president, I would say they’d be signing a book contract to write a memoir about their time in office and setting up the presidential library,” she said.

Despite his future plans being unclear, it’s certain that Mr Trump will continue to face several ongoing lawsuits and trials - both at a federal and state level.

His impeachment trial in the US Senate is scheduled to begin on 19 January and could last several weeks.

If Mr Trump is impeached, he could be disqualified from holding office again and stripped of some of the lavish entitlements granted to former US presidents. Under the Former Presidents Act, Mr Trump would normally be entitled to a hefty $200,000 annual pension, Secret Service protection for a number of years and access to highly classified information.

“There are immense and ongoing privileges that come from being a former president of the United States,” Dr Shortis said.

“But it's entirely possible that Trump will be the first president who loses access to those things.” Mr Trump will also need to confront ongoing court cases relating to his business dealings, including in the Southern District of New York.

One of the legal challenges Mr Trump will have to contend with after he leaves office is an investigation into whether his real estate business falsely reported property values to receive loans or tax benefits. The company has denied any wrongdoing and said the probe is politically motivated.

There have long been whispers of Mr Trump creating his own media empire and rallying against what he calls the “lamestream media”.

Speculation over whether he’d build his own digital media channel has risen to new heights after he was banned from Twitter, Facebook and Instagram following the siege of the US Capitol earlier this month. Dr William Clapton is a senior lecturer in international relations at the University of NSW.

He told SBS News it’s unlikely Mr Trump will become a “shrinking violet and fade quietly into the background” once his presidency ends.

Dr Clapton said there's been talk of the launch of a ‘Trump TV’ of sorts. But, he said, it remains unknown as to whether he will launch an entirely new network or join an existing channel such as the far-right One America News Network. “He has a substantial following and substantial support and just because he will soon no longer be the president doesn't mean that he fades as a public figure,” Dr Clapton said.

“The disaffection and the alienation - and the perceived victimisation and marginalisation of Trump and his supporters - isn't going to disappear overnight.”

While it’s entirely likely, according to Dr Shortis, that Mr Trump will be barred from holding office again, he has previously hinted at a 2024 run.

"It's been an amazing four years. We're trying to do another four years. Otherwise, I'll see you in four years," he told the crowd during a holiday reception at the White House in December. Dr Clapton said if Mr Trump’s not banned from doing so, he’d hypothetically “put money” on him running for the presidency again.

He said for Trump supporters, a 2024 run “would be seen as payback, as vindication, as getting yourself up off the mat and continuing the fight”.

Dr Shortis also said she suggests keeping an eye on the Trump children who have been attempting to forge their own political careers and could be used as a proxy if their father is barred from re-running in 2024. “Donald Jr, in particular, has been very successful at cultivating support within the Trump base and particularly with the mob that stormed the Capitol,” she said.

“Ivanka is a different story; she doesn't have the support with that base in particular but you can see her attempting to walk a line between that base and the Republican Party more broadly.”

Mr Trump’s presidential legacy will likely be haunted by the criticism over his incitement of the mob that descended on the US Capitol.

After the riot, New York City’s major announced the city would be “severing all” business contracts with Mr Trump.

It follows the decision of major banks and golfing organisations to cut ties with him. But despite a tarnished legacy, experts say the ideology of Trumpsim will live on.

“Seventy million-plus people in a voluntary system went out and voted for Trump - and that isn't going away,” Dr Shortis said.

“Even if Trump as an individual is not immediately present in American politics, his legacy, I think, will be front and centre for a long time yet.”