Mr Dutton, who has previously called for protesters to be publicly shamed and stripped of their welfare payments, called on the states to act after a week of anti-mining demonstrations in Melbourne. "We don't have 150 police just sitting around in Melbourne or Brisbane or Sydney waiting to respond to these people who spontaneously pull these stunts together," he told the Nine Network on Friday. "These police are being diverted away from other activities and there should be a price to pay for that."

The prime minister is set to announce a plan to crack down on "indulgent, selfish and apocalyptic" environmental activists. Protesters attempt to stop conference members entering during a protest against The International Mining and Resources Conference in Melbourne.
AAP

"For many of them they don't even believe in democracy," he said.

"This is not about free speech, it's not about the ability to protest. These people are completely against our way of life. 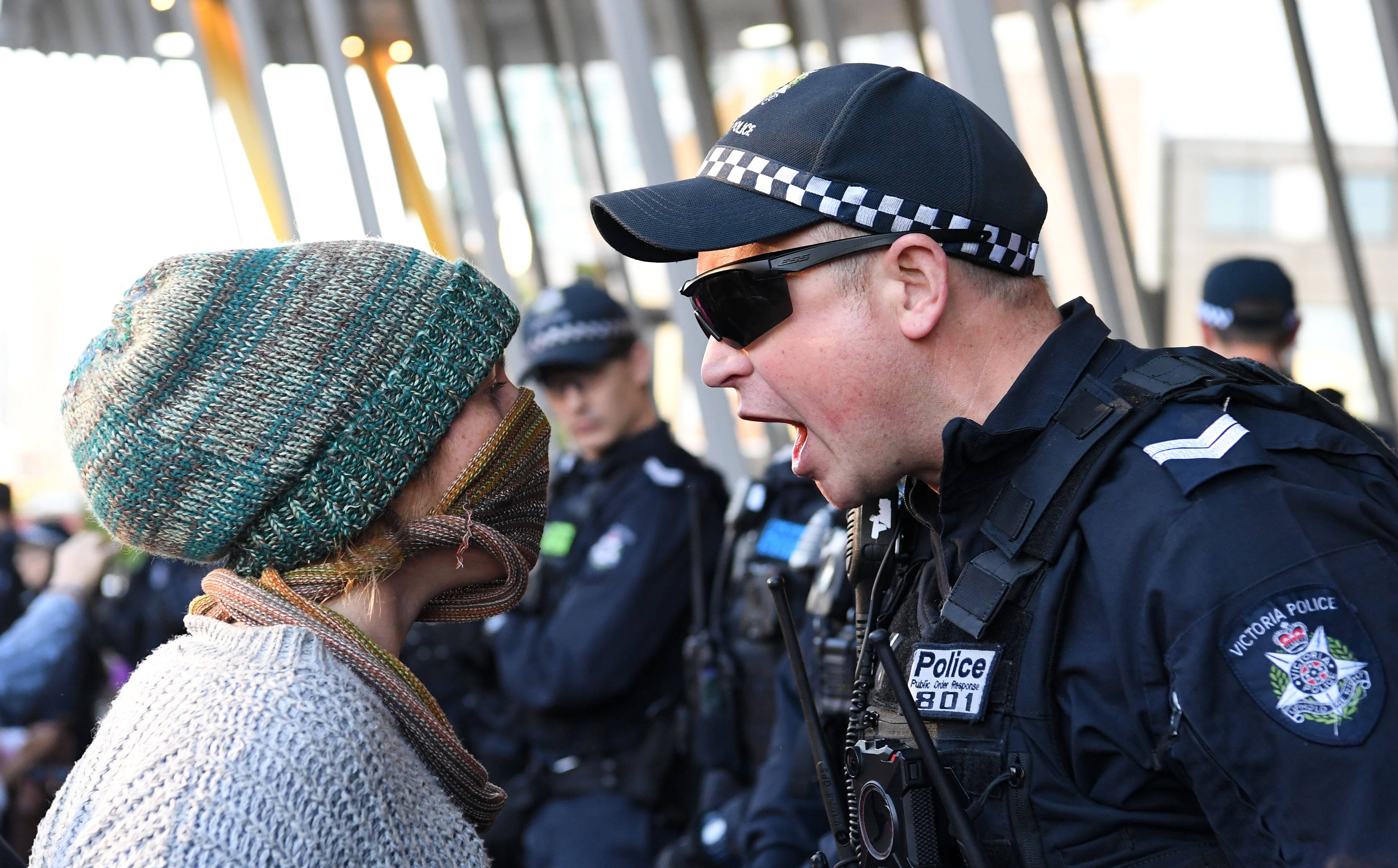 Mr Dutton also took aim at magistrates courts for being too lenient on law-breaking activists.

"If you're going to the courts eight times and getting a slap on the wrist, why wouldn't you do it a ninth time?"