Prince Harry focused on the environment as Meghan took a break, but the couple reunited at the end of the day for a romantic stroll on Fraser Island.

Prince Harry spent his day in paradise, but for much of it he was without his pregnant wife of five months, Meghan.

Their Australian visit, which started a week ago, has been marked by the couple's togetherness and open affection. 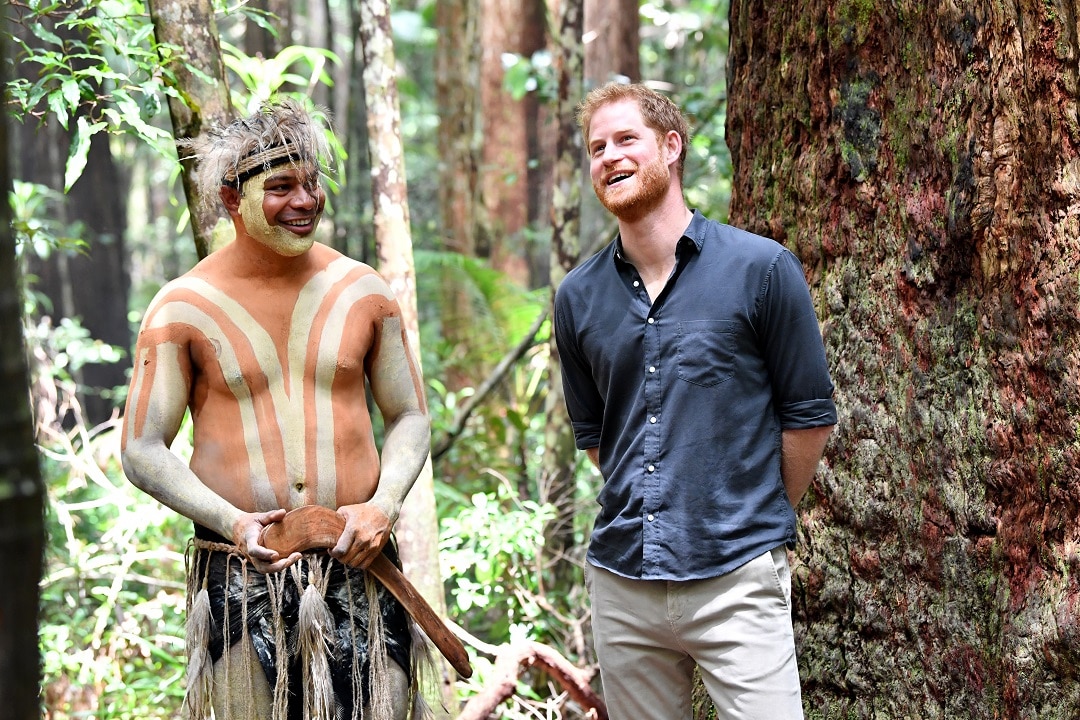 The Duke of Sussex had a busy day on Queensland's Fraser Island, where he turned his focus from the Invictus Games to the environment.

But Meghan took the day off, resting at an island resort, as the pace of the tour and her pregnancy caught up with her.

The newlyweds did reunite for a romantic stroll before a walkabout with fans at the end of the day - the first really sunny and warm day of the visit.

Harry had earlier dedicated the K'gari/Fraser forest to the Queen's Commonwealth Canopy, a network of forest conservation initiatives, committed to raising awareness of the value of indigenous forest.

"Put simply, without trees and forests we don't survive. It is a symbiotic relationship and one that so many people still fail to realise," he said in his dedication speech. 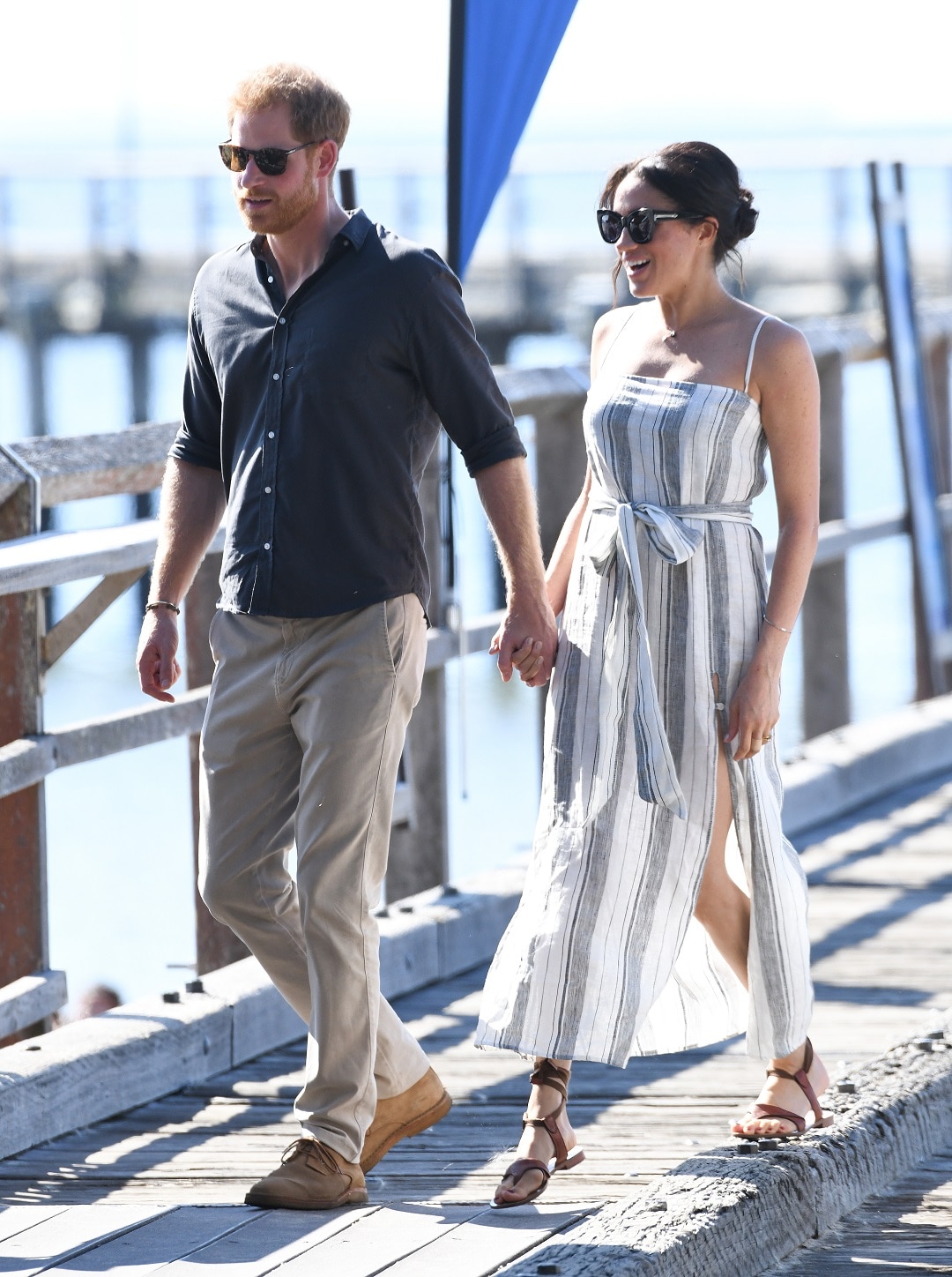 Prince Harry and Meghan reunited for a walk along the Kingfisher Jetty on Fraser Island.
AAP

Harry praised the island, which he on Monday explored and learned about from the local Butchulla and others.

"As you all know too well, K'gari means paradise and that is certainly what we've experienced today," he said.

In a space between towering satinay trees in Pile Valley, the prince received a blessing from the Butchulla who performed their smoking ceremony, welcoming him to K'gari.

After a special walk to the island's Big Tree, a satinay 1000 years old that survived Fraser's logging past, he emerged into a clearing to a rapturous welcome.

Aunty Mally Clarke drew laughter from the crowd and the prince when she called out "he's even better looking in person".

"I'll take that as a compliment," Harry said from behind the microphone set up in the forest clearing.

Harry shook hands with each dancer before an impromptu meet and greet in the forest. Prince Harry meets members of the Butchulla people, who are the traditional owners of Fraser Island.
AAP

At the crystal clear fresh waters of the island's rainwater Lake McKenzie, Harry took off his shoes and walked barefoot in the shallows and spent quite some time talking locals who showed him around the white beach on the world's largest sand island.

The Duke had travelled from the mainland to Fraser Island on the bumpy barge just like almost any other tourist, while a pregnant Meghan took a more sedate journey on a cruiser.

As they ended their day trip at Kingfisher Bay, Meghan in a white and grey-striped linen sun dress, looked happy and relaxed as she joined Harry for a walkabout.

They then met with a number of people, including two paramedics who made world headlines with a simple act of kindness.

A photo of Hervey Bay paramedics Graeme Cooper and Danielle Kellam granting a dying woman's wish to see the ocean one last time went viral and captured hearts around the world earlier this year.

The couple spoke with children and school students, and Harry bent down to shake hands with a little boy on the beach who yelled out "Harry! Harry!".