Human rights activist Khurram Parvez has been arrested in the city of Srinagar on what are believed to be 'terror funding' charges. 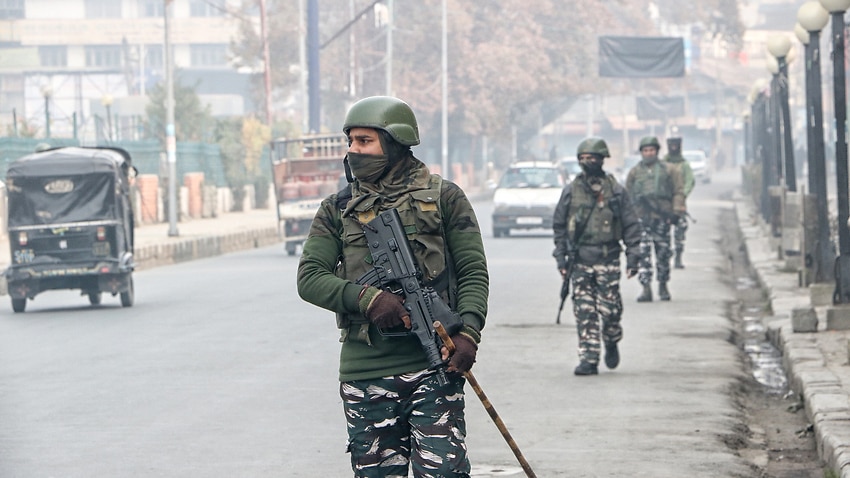 Personnel from the National Investigation Agency (NIA) arrested Khurram Parvez in the main city of Srinagar, his wife Samina said.

They also confiscated Mr Parvez's mobile phone, laptop and some books, along with her cell phone.

"They said it's a case of 'terror funding'," she said.

Mr Parvez, 42, is the program coordinator for a widely respected rights group in the disputed territory, the Jammu Kashmir Coalition of Civil Society (JKCCS), and chairperson of the Asian Federation Against Involuntary Disappearances (AFAD).

The NIA did not immediately issue a statement about the arrest or raids, but an arrest warrant shows that Parvez was arrested under various sections of the Unlawful Activities Prevention Act (UAPA).

"I'm hearing disturbing reports that Khurram Parvez was arrested today in Kashmir & is at risk of being charged by authorities in #India with terrorism-related crimes," tweeted Mary Lawlor, the UN special rapporteur on human rights defenders.

"He's not a terrorist, he's a Human Rights Defender."

I’m hearing disturbing reports that Khurram Parvez was arrested today in Kashmir & is at risk of being charged by authorities in #India with terrorism-related crimes. He’s not a terrorist, he’s a Human Rights Defender @mujmash @RaftoFoundation @GargiRawat @NihaMasih pic.twitter.com/9dmZOrSwMY

NIA officers searched the JKCCS offices for more than 14 hours.

The rights group has monitored violence in the region for more than three decades and has exposed rights violations by Indian government forces including torture, extra-judicial killings and unmarked mass graves in numerous reports.

Last week, it criticised security forces for killing civilians during a controversial shootout with alleged rebels in Srinagar whose bodies were hurriedly buried by Indian police in a remote graveyard without their families present.

Following an outcry and protests by families of three of the victims, authorities exhumed two of the bodies and returned them to their families.

People wail over the killing of a man in a gunfight in Srinagar city, Indian-controlled Kashmir, Nov. 19, 2021. Source: Xinhua News Agency

At least 2,300 people have been arrested under the UAPA, a vaguely worded law which effectively allows people to be held without trial indefinitely, in the Indian-controlled territory since 2019, when New Delhi cancelled the region's partial autonomy and brought it under direct rule.

Almost half of them are still in prison, and convictions under the law are very rare.

During the last couple of years, tension has steadily risen in the highly militarised territory that is also claimed by Pakistan, which controls a part of it.

The Himalayan region was divided between the arch-rivals during their first war over its control soon after independence in 1947.

Since 1989, rebel groups have fought some 500,000 Indian soldiers deployed in the territory, demanding independence or its merger with Pakistan.

Tens of thousands of civilians, soldiers and rebels have died in the conflict so far.