The revelation Nathan Law had left the city came as the local government released a statement confirming that a popular protest slogan used over the last year was now illegal.

Nathan Law, one of Hong Kong's most prominent young democracy activists, announced Thursday he had fled overseas in response to Beijing imposing a sweeping security law on the city.

"I have already left Hong Kong and continue the advocacy work on the international level," Mr Law said in a short English message to journalists, declining to say which country he had gone to.

"Based on risk assessment, I shall not reveal too much about my personal whereabouts and situation now," the message added.

The revelation Mr Law had left the city came as the local government released a statement confirming that a popular protest slogan used over the last year was now illegal under Beijing's new law. 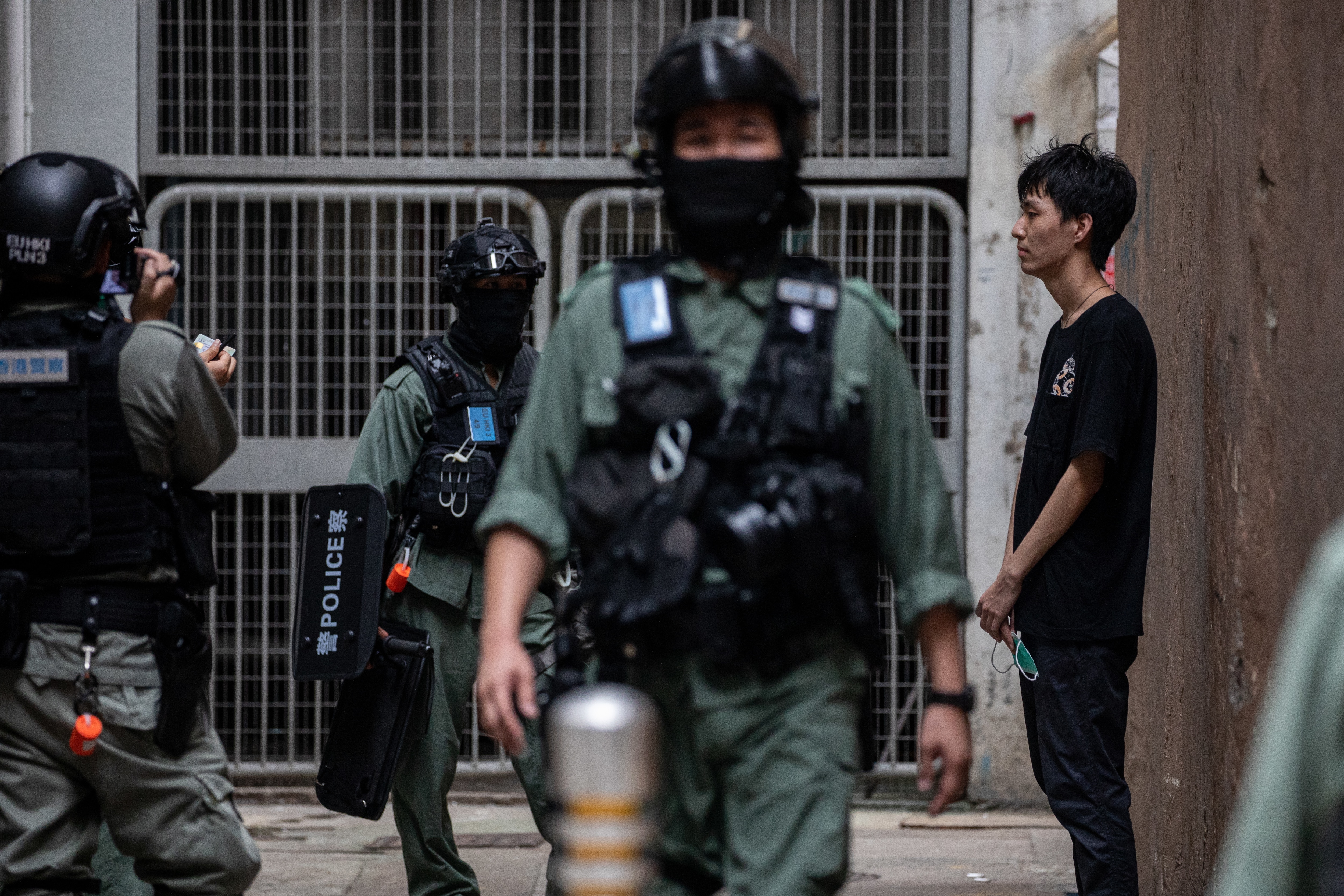 A man is detained and searched by police during a rally against the national security law in Hong Kong.
EPA

"Liberate Hong Kong, Revolution of our Times" has become a clarion call for pro-democracy protesters over the last year, chanted by huge crowds and plastered on banners.

For some it represents genuine aspirations to split Hong Kong from China. But for many others it is more a cry for democracy and expression of rising frustration with Beijing's rule.

Mr Law had shouted the slogan in a video message to a US Congress committee on Wednesday, not long after the new security legislation was implemented. In a statement, Hong Kong's government said the phrase was now illegal because it "contains the indications of Hong Kong independence, or alienating Hong Kong from China, or changing its legal status, or subverting the state".

It is confirmation that certain peaceful political views have become illegal since the law came into effect Tuesday night.

On Wednesday, the first arrests were made under the legislation, mainly for protesters found in possession of pro-independence flags or stickers.

Mr Law was a founding member of Demosisto, a pro-democracy party that disbanded earlier this week in response to the security law.

The party campaigned for democracy and for Hong Kongers to have a greater say in how the city is run but they did not advocate independence. Nevertheless, Law and other prominent party members like former student leader Joshua Wong were vilified by Beijing, often described as "black hands" and separatists who conspired with foreigners to undermine China.

He and Wong both came household names as student leaders during democracy protests in 2014.

In a Facebook post on Thursday, Mr Law described staring at Hong Kong as his plane flew away.

"As I look down at the magnificence of Hong Kong from the airplane, this image has become one unforgettable scene in my mind," he wrote.

"I hope the day will come when I can return to Hong Kong again and I can still be that young guy who hasn't forgotten about his initial aspirations."

"I wish Hong Kong all the best, and I hope the glory will return to the city soon," he added.