Female genital mutilation was outlawed in Uganda back in 2010, but young girls in rural communities still face the banned tradition.

Thirty cows sealed 12-year-old Joyce's fate. In exchange she became the third wife to a man as elderly as her father who traded her, never mind she had barely reached puberty.

Joyce was sent from her home in western Kenya, across the nearby border to Uganda. Appalled, she soon ran from her husband and her new life, but she did not return home.

Instead she sought refuge at Kalas Girls Primary School in northeast Uganda, alongside over 100 other young girls who have fled child marriage and the ritual of female genital mutilation (FGM) marking the transition from girl to woman.

Here she is safe, but still afraid. "I live in fear," she says. Monica Cheptilak claims she was the "chairperson of the knife cutters" in her tribe before female genital mutilation (FGM) was outlawed in Uganda in 2010.
LightRocket 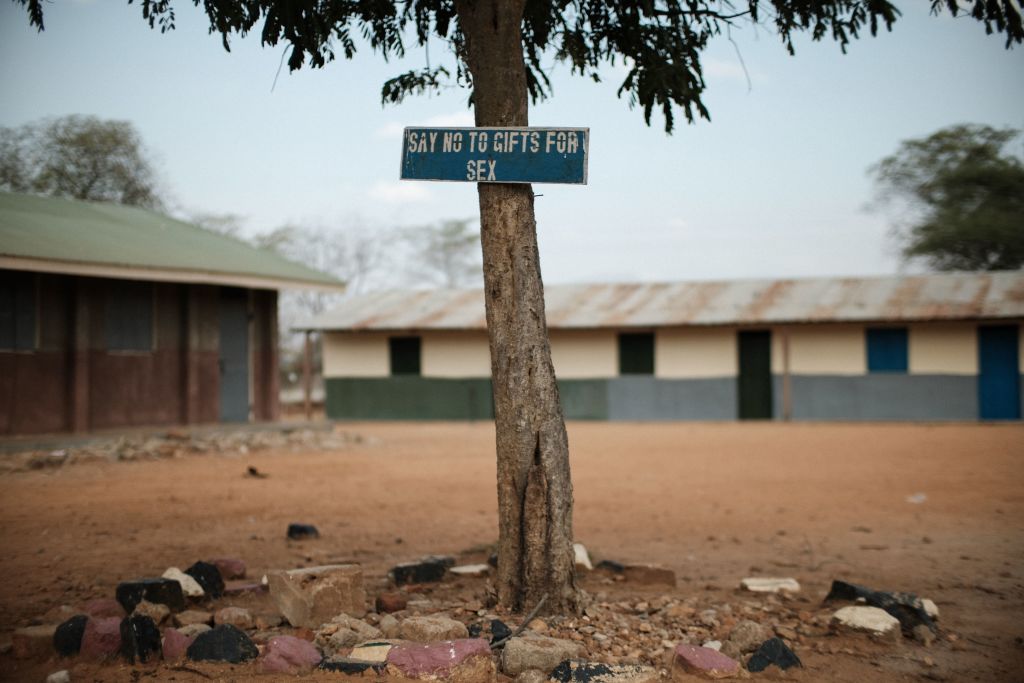 FGM - the slicing off of the external genitalia, including the clitoris - was outlawed in Uganda in 2010, but continues in some rural communities where it is a tradition with deep roots signalling a girl's readiness to marry.

Joyce avoided the ritual, but Rose was less fortunate. She too was married off young and, as she gave birth to her first child, she was cut. "I was in pain because of the delivery, but that did not stop them," she says.

Among Joyce and Rose's Pokot tribe FGM is intended "to make women clean and as a way of killing the sexual appetite," says James Apollo Bakan, of the local Vision Care Foundation charity, which works to stop FGM. Among semi-nomadic pastoralists, such as the Pokot, men use it to keep their women faithful while they are away herding cattle because it makes sex painful. "They cut off the clitoris so that the women don't go for other men," says Bakan.

The UN Population Fund (UNFPA) estimates that 95 percent of Pokot women and girls have suffered the mutilation.

Fighting tradition with tradition, Pokot spiritual healers and elders have been enlisted to wipe out the practice.

Monica Cheptilak, a 70-year-old who performed FGM for half a century, has given it up. She tearfully recalled how sometimes young girls would die from disease or bleeding, after the ceremony. A former "cutter" from the Pokot tribe displays the tool she used to use to carry out female genital mutilation (FGM) on young girls.
LightRocket

On one occasion, she said, six age-mate girls contracted HIV from a dirty blade.

"When I recall how the six girls died and the pain these young girls go though, I feel hurt and sorry for them," she says.

Paulina Isura Chepar, a local government official suffered FGM when she was a girl, and watched as her sister died as a result of the procedure. Now, she is fighting to end it. "I saw my sister die at the hands of a cutter. I don't want my children to go through the same," she says.

Last week, 78-year-old healer Jeremia Labur participated in a ceremony seeking forgiveness for FGM and child marriage. A male goat was slaughtered close to a cave where young girls were taught about being a woman, and then cut.

"Instead of blessing those who have undergone FGM, they are the ones now cursing the practice and calling on the community to abandon it," Bakan says. 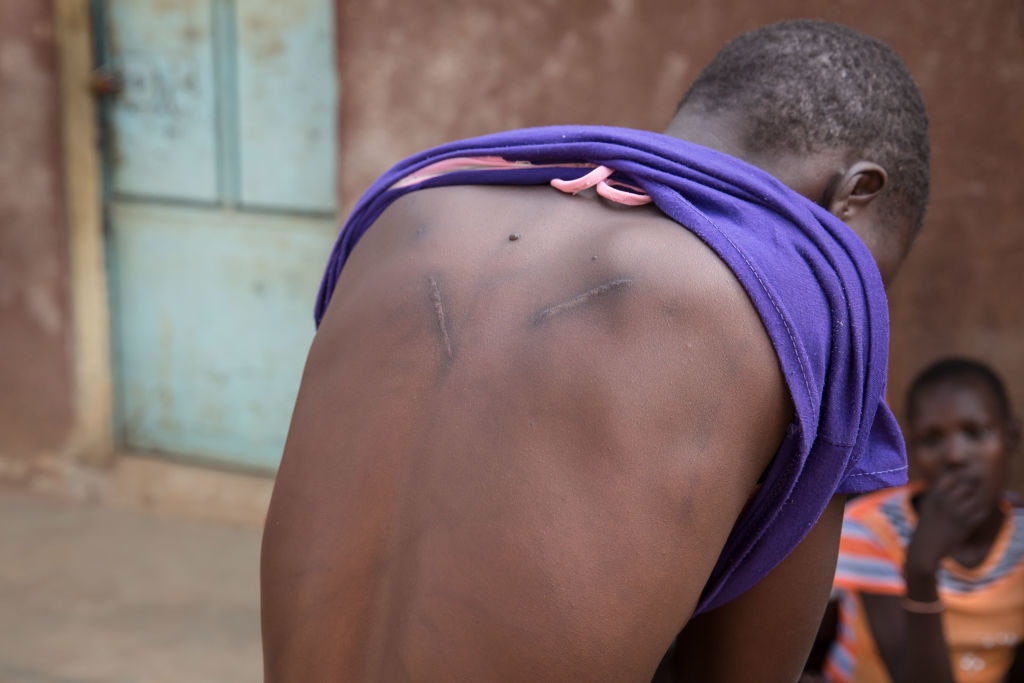 A 12-year-old shows scars she received when relatives beat her after she tried to escape from a marriage to a much older man.
LightRocket