Opponents of the NSW government's planned changes to adoption laws are holding a snap protest outside state parliament ahead of an expected vote.

Hundreds of people have gathered outside NSW parliament to protest proposed changes to the state's adoption laws, fearing they will lead to another "stolen generation".

The Berejiklian government is proposing to streamline the process of granting the guardianship of children or adopting them out. Demonstrators at the Stop Forced Adoptions protest outside Parliament House in Sydney.
AAP

Under the plan, birth parents will have two years to be reinstated as primary carers before an alternative permanent home is found, in a bid to prevent children bouncing between families for years on end.

But several welfare and community groups, as well as Labor and Greens MPs, are against the changes.

Greens MP David Shoebridge said the proposed laws would hurt the most vulnerable children in NSW.

"This will remove more Aboriginal children and basically more poor children from their families despite what we know about history," Mr Shoebridge told the vocal crowd.

"That's what has united us today, to ensure we don't repeat the mistakes of the past and the stolen generations." 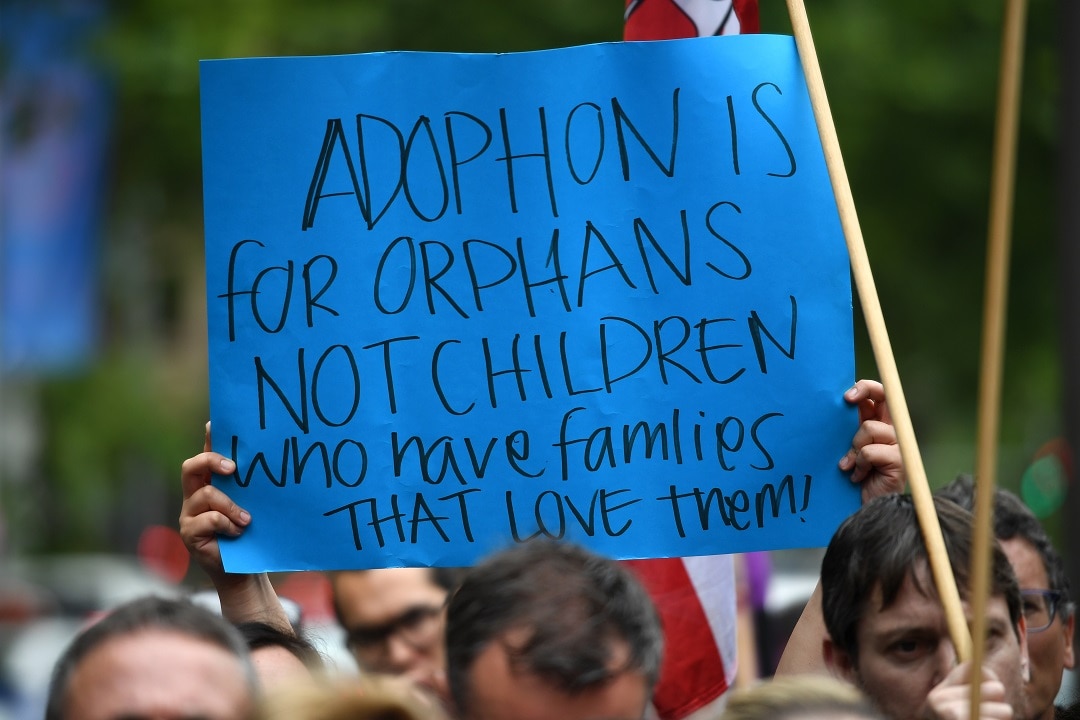 Protesters are calling on NSW MPs to reject the child protection bill.
AAP

An open letter signed by over 60 organisations and hundreds of individuals will be presented to parliament on Wednesday, calling on the government to drop the plan.

But Family and Community Services Minister Pru Goward has accused Labor and the Greens of politicising the issue.

She said the intention of the system is to ensure children are kept with their birth parents but that can't always happen. Explainer: How hard is it to adopt in Australia?

The two-year rule ensured a child didn't languish in the foster care system, she said.

"After two or three years in the foster care option, their chances of being returned to a family are extremely low," Ms Goward told 2GB radio on Wednesday.

"Our view is the Department of Family Services needs to be greater in its sense of urgency."

A vote on the legislation could be brought on as early as this week.