The passage of a contentious budget this week has sparked outrage in the impoverished Central American nation.

Hundreds of Guatemalans partly burned the Congress building Saturday in a protest demanding the resignation of President Alejandro Giammattei, following the passage of a budget that has sparked outrage in the impoverished Central American nation.

The flames in the legislative building could be seen from the street in Guatemala City, and a spokesman for the Red Cross told journalists the group had treated several people for smoke inhalation.

Police arrested more than 20 people and almost 50 were sent to hospital injured, one of them in a serious condition. 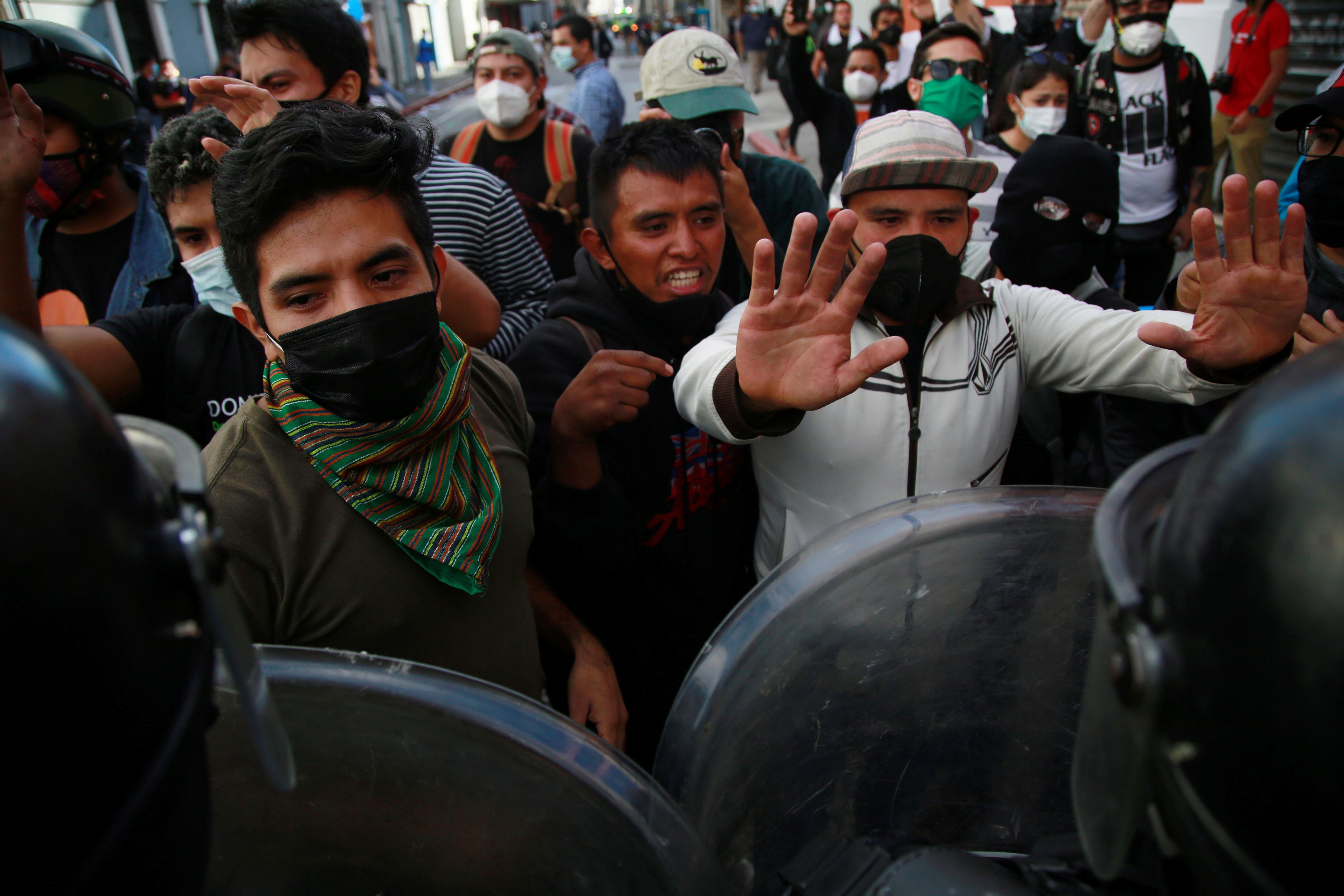 Clashes between the Police (front) and protesters after hundreds of the latter broke into Guatemala's Lower House and sat it on fire on 22 November, 2020.
EFE

A separate, peaceful, protest took place in front of the old government palace in the historic centre of the capital, not far from Congress, also urging Mr Giammattei to resign.

Carrying the national flag and banners that said "No more corruption," "Giammattei out," and "They messed with the wrong generation," the protesters filled the central square in Guatemala City in front of the old palace.

In a tweet, Mr Giammattei denounced the attack on the Congress, and vowed legal repercussions.

"I reiterate that you have the right to demonstrate according to the law. But we cannot allow vandalism of public or private property," he posted.

"Whoever is proven to have participated in these criminal acts will fall under the full weight of the law."

The widespread discontent and indignation in Guatemala against Giammattei's administration and Congress are caused by a lack of resources for battling the coronavirus pandemic, as well as the new budget. 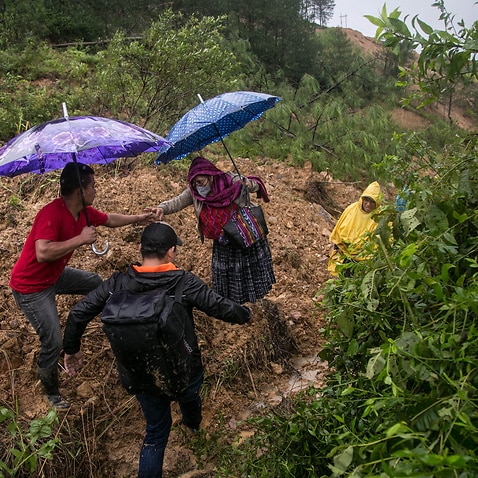 Guatemala's Congress, dominated by conservative pro-government parties, this week approved an almost $13 billion budget, the largest in the country's history.

Most of the funds will go to infrastructure tied to big business, sparking outrage in a country where poverty is widespread and half of children under five years old are malnourished.

Analysts have also warned that a third of the budget will need to be financed by debt.

The country's Congress has also approved $3.8 billion to fight the coronavirus pandemic, but less than 15 per cent of those funds have been invested. 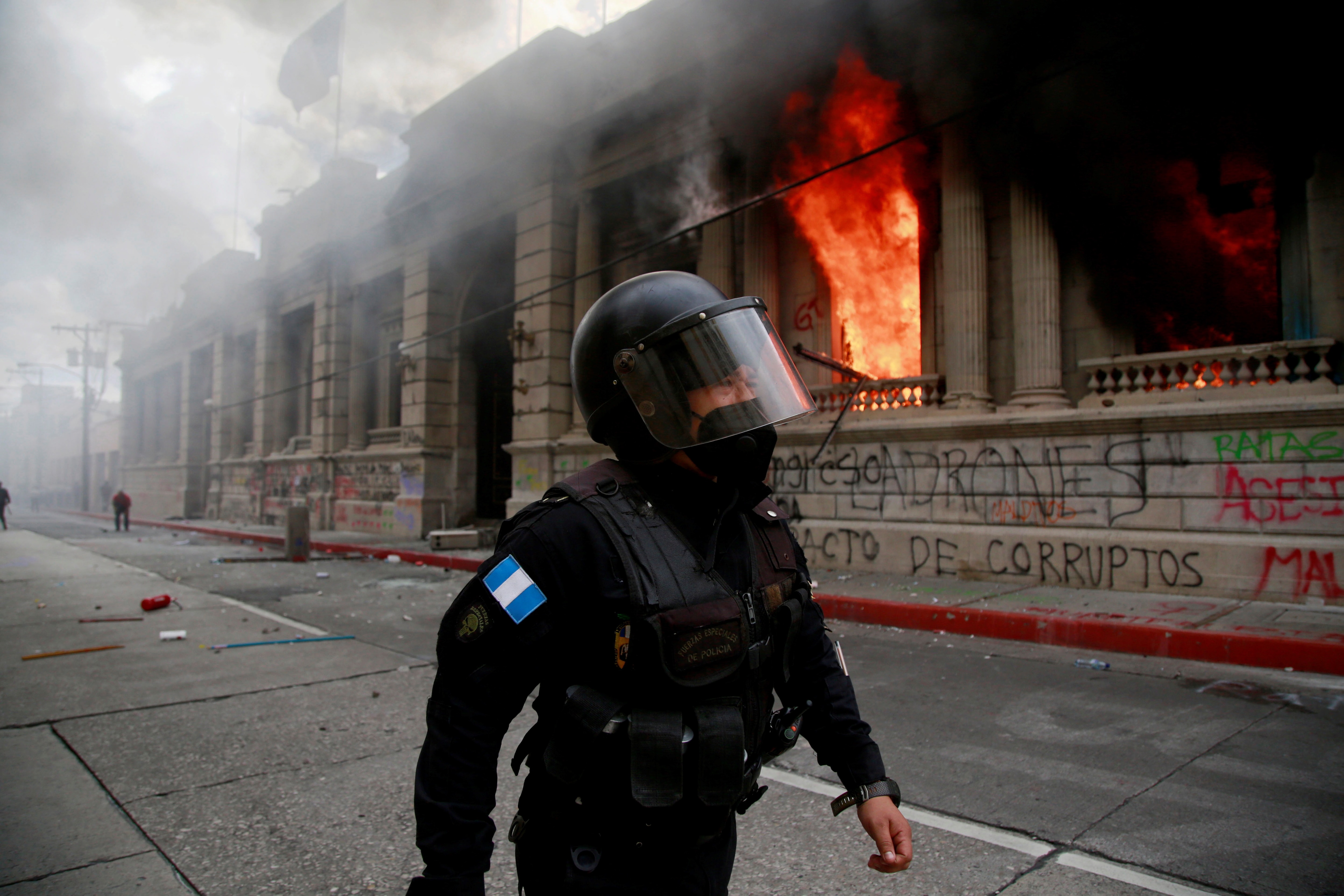 A policeman passes by as Guatemala's Lower House is in flames after hundreds of protesters broke into the building and sat it on fire.
EFE / AAP

Mr Giammattei's vice president said on Friday night he had asked the president to resign with him.

"For the good of the country, I asked him that we present our resignations together," Guillermo Castillo said in a message posted on social media.

He also reportedly told the president that "things are not right," and admitted to tensions between himself and the head of state.

Mr Giammattei, a 64-year-old doctor, swept to power in January promising to clean up corruption and fight organized crime.

But his presidency has been dominated by controversy over his handling of the coronavirus, particularly deficiencies in the country's hospitals.

He has also publicly sparred with his vice president, who in May revealed the two had privately clashed over the best response to the COVID-19 pandemic.