The High Court has ruled against a federal public servant fired over critical tweets, saying rules for bureaucrats do not breach an implied freedom of speech.

The High Court has found a public servant breached the code of conduct by criticising government policy on Twitter.

Michaela Banerji was fired in 2013 from the then Department of Immigration and Border Protection after it found she was behind an anonymous Twitter account critical of the agency.

Using the name "LaLegale", she posted thousands of tweets concerning topics including offshore processing and Australia's international obligations to refugees. 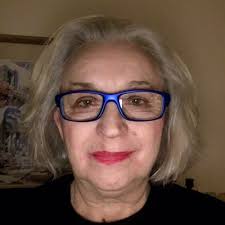 All but one were sent from outside the office and on her own mobile phone, and none of them disclosed confidential information.

Following complaints by departmental staff, an investigation was launched into whether Ms Banerji breached the public service code of conduct.

When she received her termination notice in September 2013 she suffered post-traumatic stress disorder and a month later lodged a workers' compensation claim.

The claim was refused on the basis that the sacking was "reasonable administrative action" - a decision which was affirmed by an internal review in 2014.

She then took it to the Administrative Appeals Tribunal, which found her termination was "not reasonable administrative action taken in a reasonable manner" and upheld her compensation claim. Explained: Freedom of speech in Australia

As well, the tribunal found the public service's rules around the use of social media and making public comment "unacceptably trespassed on the implied freedom of political communication".

However, the High Court found in a judgment released on Wednesday the tribunal erred in its interpretation of public service rules.

It said the legislation governing the public service did not impose an unjustified burden on the implied freedom of political communication, and therefore Ms Banerji's sacking was lawful.

The full bench of the court unanimously found the relevant provisions were consistent with maintaining an apolitical public service.

Comcare had argued anyone entering the public service must know the job "involves acceptance of certain restraints", an important aspect of which is to "exercise caution when it comes to making criticisms of the government".