Ms Burton, who lives in South Australia’s Anangu Pitjantjatjara Yankunytjatjara (APY) lands, wanted to show her solidarity with the victims of the attacks in New Zealand, but was separated from victims by thousands of kilometres. 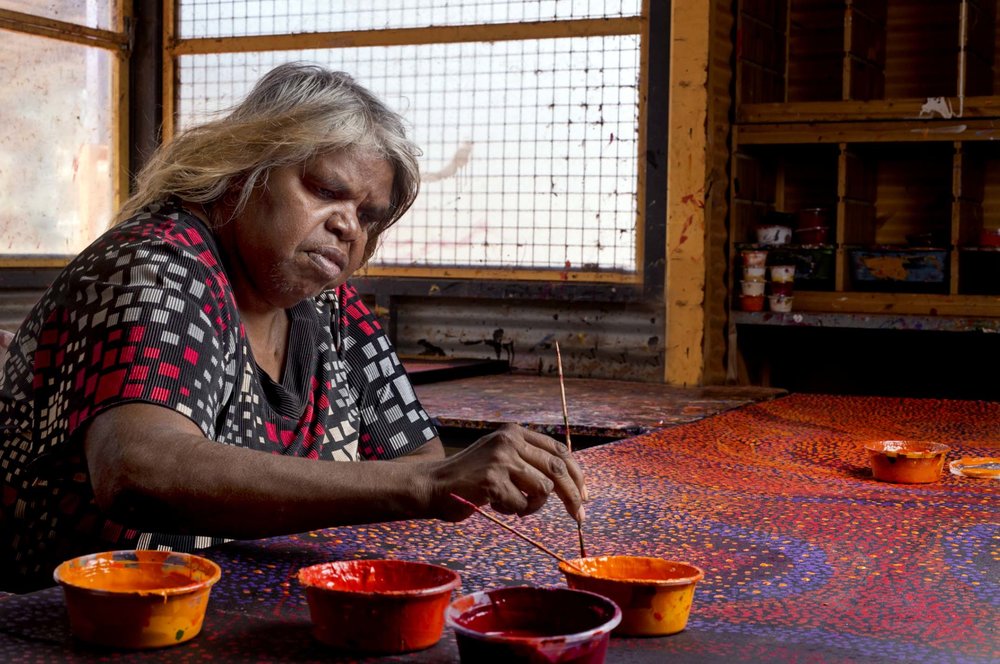 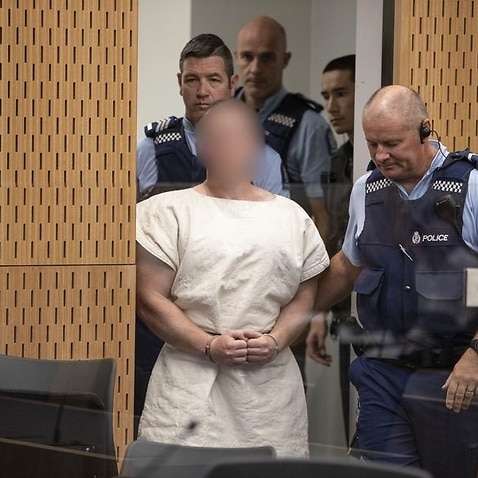 One of the paintings, which depicts the honey grevillea shrub, a native plant that produces yellow and green flowers in winter, was gifted to Adelaide’s Muslim community, and the other is headed for Christchurch. APY artists paint their grief for the victims of the Christchurch massacre.
Supplied: Tjala Arts