Queensland's Chief Health Officer Jeannette Young said there's no evidence of any further spread of the UK COVID-19 variant in Brisbane beyond the current six cases.

Queensland authorities have refuted reports of a possible COVID-19 protocol breach after a woman infected with the highly infectious UK variant left quarantine to accompany her father to hospital.

According to The Courier-Mail, the alleged incident involved a woman staying in Brisbane's Grand Chancellor Hotel after arriving from Lebanon with her father on New Year's Day.

The pair had been quarantining at the facility, where the worrying new variant has been detected in six people, forcing the transfer of 129 guests on Wednesday.

However Queensland Health has issued a statement denying any breach occurred.

"All protocols were followed in this case," it says.

"Guests were transported from and returned to the hotel by Qld Ambulance Service while in appropriate PPE.

"The suggestion the person caught a ride-share back to the hotel is untrue. Full and proper COVID-19 PPE protocols were followed while these guests were in the hospital."

Queensland Health is aware of an article regarding an alleged COVID-19 quarantine breach. We are concerned some early reporting has misrepresented this situation and it's important people understand the facts. Read the facts here: https://t.co/M08BrKHFC0

Speaking to reporters on Friday, Chief Health Officer Jeannette Young reiterated the woman wore PPE at all times and was treated by Queensland Ambulance Service (QAS) and hospital staff as if she was a positive case.

"We didn't get a positive result on him until the next day but it doesn't matter because he went via ambulance to the hospital, was assessed there, was treated as if he was positive, was kept because he needed to because of the symptoms that he had," Dr Young said.

"Now, his English is not great, so the daughter went with him, but she was treated as if she was positive, so they were managed in negative pressure rooms.

"So there's no risk and all of the transport was done via QAS, and that is QAS's job, and they do (it) very, very effectively." 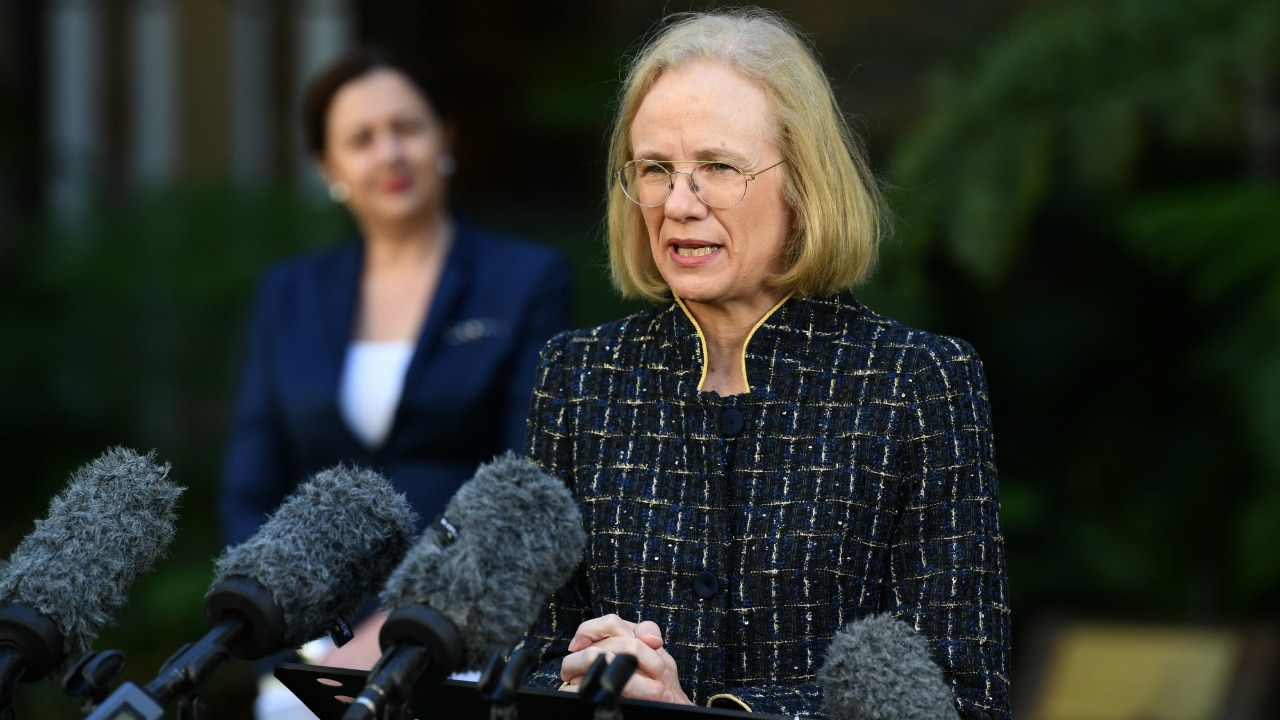 Queenslanders among the 147 people who stayed at the Grand Chancellor after 30 December have all tested negative for the virus.

The 226 staff who worked at the hotel after that date are also in the process of being tested but so far none have tested positive.

Dr Young said along with extensive community testing in Brisbane, there's no evidence of any further spread beyond the current six cases.

There are three new virus cases in Queensland, including two men who came from the Philippines and the US, and are in hotel quarantine. The third is a man who arrived from the Congo and lives in north Cairns but tested negative before leaving quarantine in September.

Dr Young said he's asymptomatic and likely shedding the virus, which will explain traces of COVID-19 turning up wastewater in the area over the past few months.

"I'm very confident that that will be a historical case and not infectious," she added. Fragments of COVID-19 have been found in sewage at seven more sites across southeast Queensland in samples taken this week.

"This does not mean we have new cases of COVID-19 in these communities, but we are treating these detections with absolute caution, especially considering the Hotel Grand Chancellor cluster," Dr Young said.

Meanwhile, South Australia on Friday announced it would lift its COVID-19 travel restrictions with Greater Brisbane on Sunday. People travelling to SA from Brisbane will no longer need to spend 14 days in quarantine, but they will still have to be tested for COVID-19 three times - on days one, five and 12.

Chief Health Officer Nicola Spurrier said the easing of measures reflects the latest information from Queensland health authorities on the progress containing a cluster of cases there.

No changes are planned for people travelling from NSW. Under present arrangements, people from regional NSW can enter SA but must have the three virus tests.

What's happening elsewhere in the country?

There were 11 new COVID-19 cases recorded in Australia on Friday: Two in Victoria, three in WA, one in SA, two in NSW and three in Queensland.

There is 1 case under investigation in Qld, likely to be a historical case. Pls cont to test if any symptoms

Two men in western Sydney have allegedly assaulted two police officers who requested they wear a mask while in a shopping centre.

More international tennis stars arrived in Melbourne on Friday ahead of the Australian Open on 9 February. All players will undergo 14 days of quarantine at one of three Melbourne hotels and be tested for COVID-19 daily.