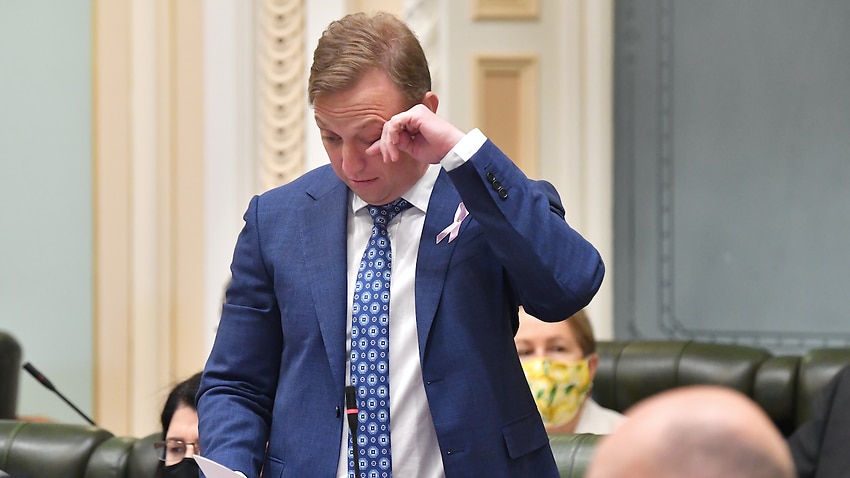 Terminally ill Queenslanders will be able to end their lives at a time of their choosing from early next year after the parliament voted to legalise voluntary assisted dying.

Premier Annastacia Palaszczuk's Voluntary Assisted Dying Bill was on Thursday passed by 61 of the state's 93 MPs in a conscience vote in Queensland's single legislative chamber.

The laws allow people suffering a disease, illness or medical condition that is advanced, progressive and terminal access to voluntary-assisted dying (VAD).

Their condition must be expected to cause death within a year, they must have decision-making capacity, and proceed without coercion.

"It has been a very considered debate and, as many members on both sides of the house have said, it's been a very difficult debate," he told parliament on Thursday.

"But I think our goal in everything is to make sure we get this right."

Thirty MPs voted against the bill and one abstained. LNP member for Surfers Paradise John-Paul Langbroek missed the vote after being stranded by state border closures.

Many of the objectors were concerned that due to a funding shortfall for palliative care, the bill would put pressure on some patients to end their lives.

"Will this government provide a guarantee that people will get access to quality integrated palliative care services wherever they live in Queensland, when they have a terminal diagnosis, and not just in the last few months of life," Liberal National Party MP Fiona Simpson said.

"Members do not have to choose between palliative care and voluntary assisted dying, they are not competitive," he told parliament.

"They, in fact, can and do operate, side by side and by continuing to harp on as though it is a choice you're attempting to demand members make a false choice. And it is indeed a false argument."

Parliament did not pass any of Deputy Opposition Leader David Janetzki's 54 proposed amendments, which he said would improve safeguards for conscientious objectors and reporting processes.

The scheme will be operating from January 2023, meaning Queensland will become the fifth jurisdiction in Australia to legalise euthanasia.