Queensland's flu season could top the prolonged 2017 outbreak with more than 3000 people struck down already in the first four months of the year.

Queensland has seen more than 36 people struck down by influenza every day since the start of the year, threatening to eclipse last year's rampant outbreak, according to official statistics.

In 2017, more than 56,000 cases of influenza were diagnosed in Queensland, making it one of the state's worst seasons on record, with 2961 cases alone between January 1 and April 1.

But statistics show that this year, 3242 people have already been laid low by the bug, almost 300 more than this time last year, making it the busiest start to a year since 2008.

Health officials are urging residents to get vaccinated as soon as possible.

And Brisbane doctor Deb Mills warned delaying getting the vaccine was "a bit like Russian roulette".

"Basically you can't tell when the flu is going to hit," she told the Courier-Mail. 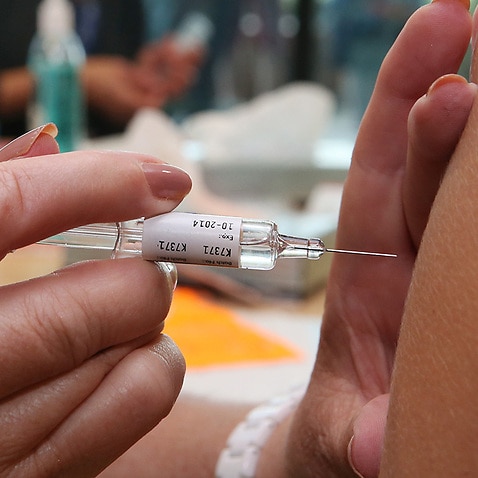 Why the timing of your flu shot is critical

Queensland Health insists it is trying to prevent another upsurge similar to last season and was pumping in more than $2.3 million to help communities.

"Our message remains the same: get vaccinated every year because it is the best way of protecting yourself against the flu.

"Although getting vaccinated is the most effective way of avoiding the flu, we should not ignore basic practices such as proper hand washing, covering a cough with a tissue or our arm and staying home when we're sick."

Queensland's chief health officer, Dr Jeannette Young, has previously said it's especially important all children over six months old be vaccinated this season and at the right time, from the end of April.