Queensland Premier Annastacia Palaszczuk plans to fast-track proposed laws to jail protesters who use "dangerous devices" for up to two years.

Human rights advocates say the Queensland government's plan to fast-track laws to jail activists who lock themselves to concrete drums will erode the public's right to peaceful protest.

Premier Annastacia Palaszczuk on Wednesday condemned this week's Extinction Rebellion protests saying activists are putting themselves and others at risk, and soaking up valuable police and emergency services resources.

She said the government wants to push through proposed laws in just days that could jail protesters for up to two years if they use "dangerous devices" such as drums with concrete and locks. 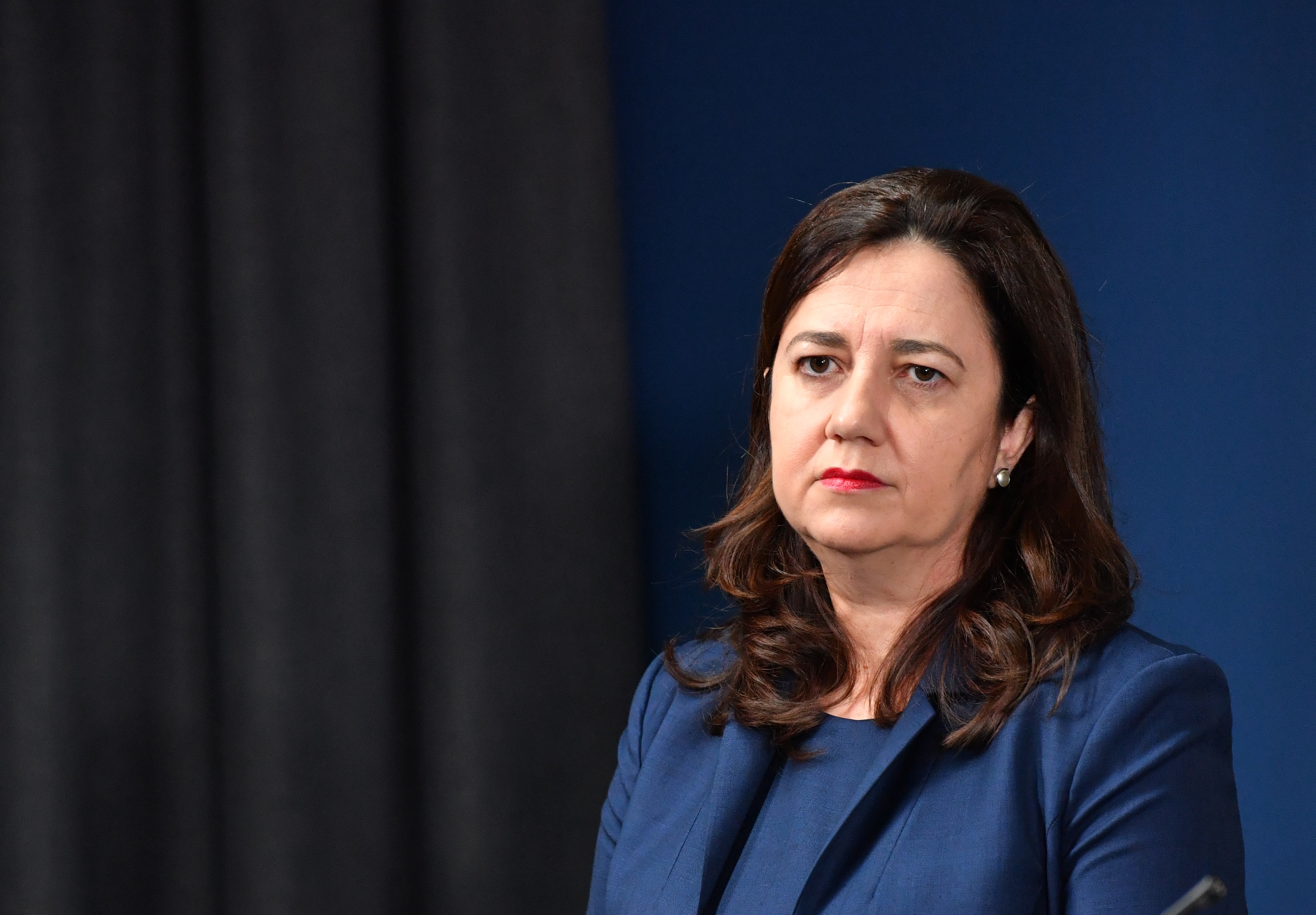 Queensland Police would also get increased powers to search people for such devices.

The Human Rights Law Centre says the government has a legitimate interest in ensuring peaceful protests but that this law goes too far.

"Queensland Premier Annastacia Palaszczuk has reportedly refused to produce evidence to support her claims that in recent protests, people have deliberately created lock-on devices that could harm police and emergency services attempting to remove them," lawyer Alice Drury said.

"This proposed law could impose harsh prison sentences for their use in very broad circumstances, even if it's just blocking a footpath.

"We are seeing a clear and worrying wave of laws from governments across Australia that restrict people's ability to stand together and speak out on issues they care deeply about." 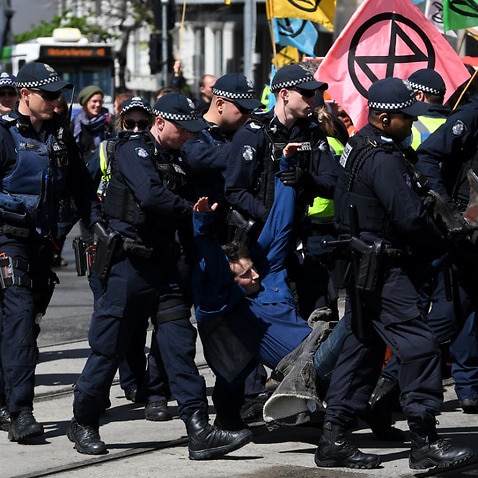 However, state Police Minister Mark Ryan said there was plenty of anecdotal evidence that protesters were "booby-trapping" devices with wire, metal and glass.

"We've received advice from police that they have found evidence of materials in these devices that could cause harm," he told ABC radio.

"What we're seeing is an escalation in some activities and of course the laws have to be nimble to respond to these escalating tactics." 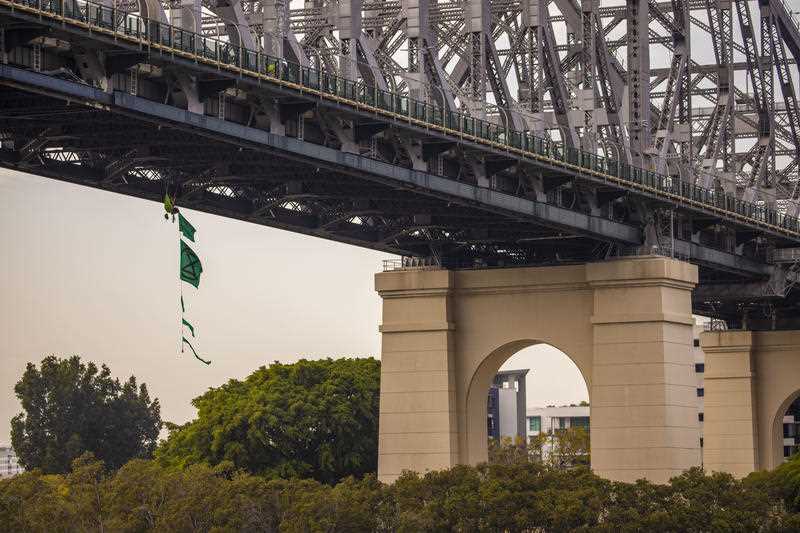 On Tuesday, 29 Extinction Rebellion protesters - including Paul Jukes, who suspended himself in a hammock from Brisbane's Story Bridge - were arrested and charged after blocking roads, chaining themselves to fences and attaching themselves to devices such as drums filled with cement.

The protests are part of a week of action across Australia by activists trying to force the federal and state governments to declare a "climate emergency" and reduce greenhouse gas emissions to zero within five years.

Many of them will appear in court on Wednesday.