Queensland police allege a woman charged with the "calculated" murder of her two adult children did so for life insurance payouts.

A Queensland mother accused of murdering two of her impaired adult children allegedly carried out the "calculated" killings for insurance payouts.

Maree Crabtree was arrested and charged on Wednesday with the deaths of her 26-year-old son Jonathan and 18-year-old daughter Erin, five years apart, following a complex police investigation that also spanned other states.

Jonathon's body was found at a Gold Coast home in Upper Coomera in July 2017 and Erin was located at a home in the nearby suburb of Maudsland in September 2012.

Both siblings had disabilities and died as a result of being forced to take prescription medication, police say. 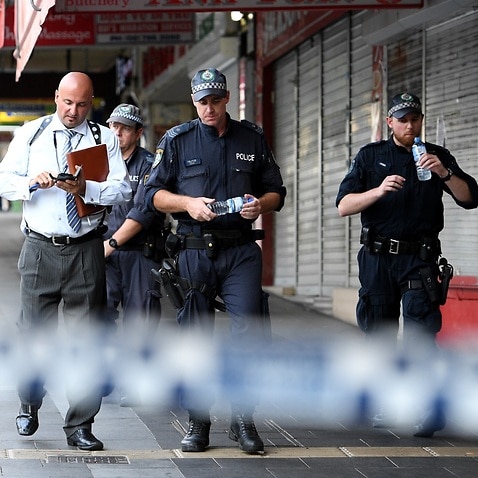 'We'll hunt you down': Search for gunman intensifies after Sydney lawyer murder

Police also charged Crabtree with armed robbery over allegations she forced her son to commit the crime.

The 51-year-old, arrested in the south Brisbane suburb of Coorparoo, was also charged with the grievous bodily harm and torture of a 25-year-old woman, and several fraud offences.

Detective Inspector Mark Thompson said the 25-year-old had been abused over several years and would require "ongoing care for some time".

He said police alleged the murders were pre-meditated and financially motivated.

"These acts haven't been compassionate acts of a stressed mother at her end," he said after her arrest.

"It was calculated, it was planned and it was executed with an end goal in mind."

Det Insp Thompson would not be drawn on whether Crabtree caused the children's disabilities but said the "family dynamic" was harmful to them.

"The health and well-being of these children, we believe, were impacted because of the guidance the children have received from their matriarch, their mother," he said.

Court documents show she allegedly dishonestly received an insurance payout of $567,863, a total permanent disability claim for $238,800 and had attempted to fraudulently obtain a superannuation death benefit of $125,000.

Crabtree and her family moved to Queensland in 2011.

Det Insp Thompson said the family had a "significant history" in other parts of Australia, particularly NSW, and he urged anyone with information to come forward.

He also asked anyone else who thought someone might be being preyed upon in their family environment to "pick up a phone" and contact police.

"It's safer for all concerned that we shine the light on domestic and family violence," he said.

Crabtree was remanded in custody and her matter is set to return to court on February 12.