Queensland parliament has outlawed the use of lock devices used by some climate protesters.

Protesters caught using complex lock on devices during demonstrations will face jail time and fines under new laws passed in Queensland on Thursday.

The laws ban devices like the Dragon's Den and Sleeping Dragon that have been used by climate activists in recent weeks and give police more powers to search demonstrators.

"We have seen a rise in activism that is based upon a flagrant abuse of the law and complete disregard for the safety of others in the community," Police Minister Mark Ryan said in his justification for the law. 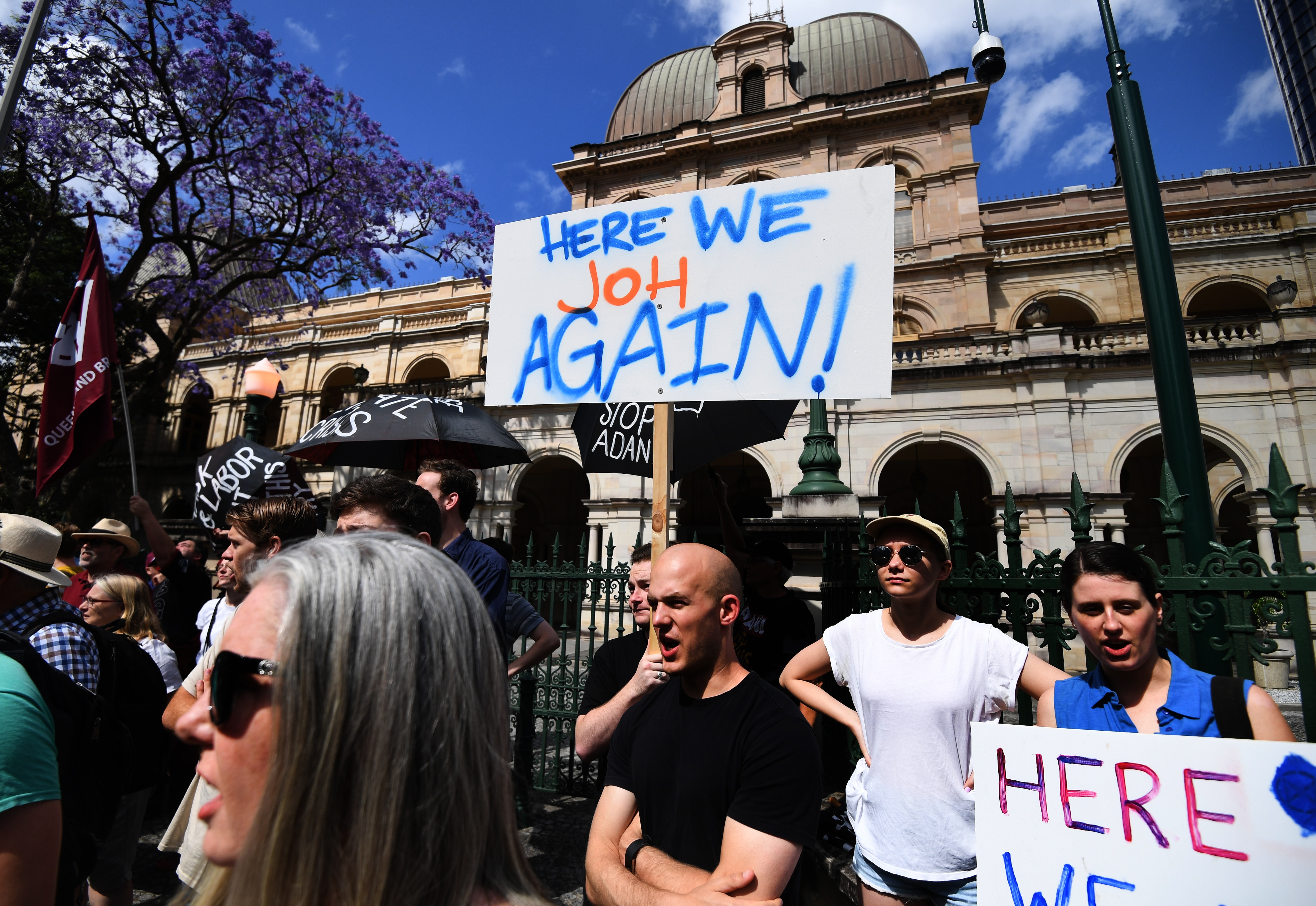 Protesters hold signs and chant during a rally against proposed laws banning the use of lock-on devices in protests.
AAP

"This is evidenced by increasing arrest rates because a very small cohort have decided to engage in deliberately unlawful behaviour designed to cause maximum disruption."

Mr Ryan said the use is causing psychological distress to specialist police officers who use power tools to remove them from protesters, and that the law will act as a deterrent.

The party's Trevor Watts voted in favour of the laws despite saying they were flawed. 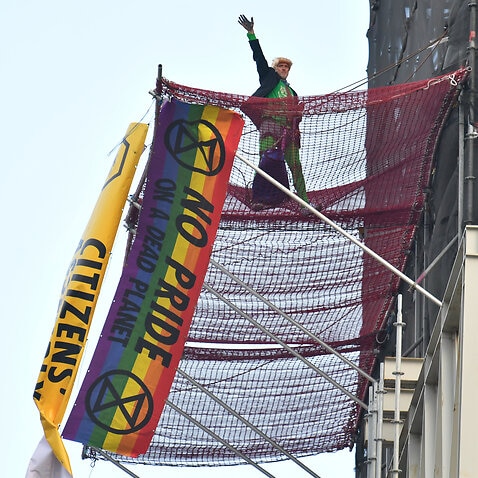 "The bill simply reinforces to the protesters the type of lawful protest activities not caught under the bill and which do not attract a severe punishment," he told parliament during a debate.

Greens MP Michael Berkman was the only MP who voted against the legislation, saying the laws had been rushed through the Parliament. 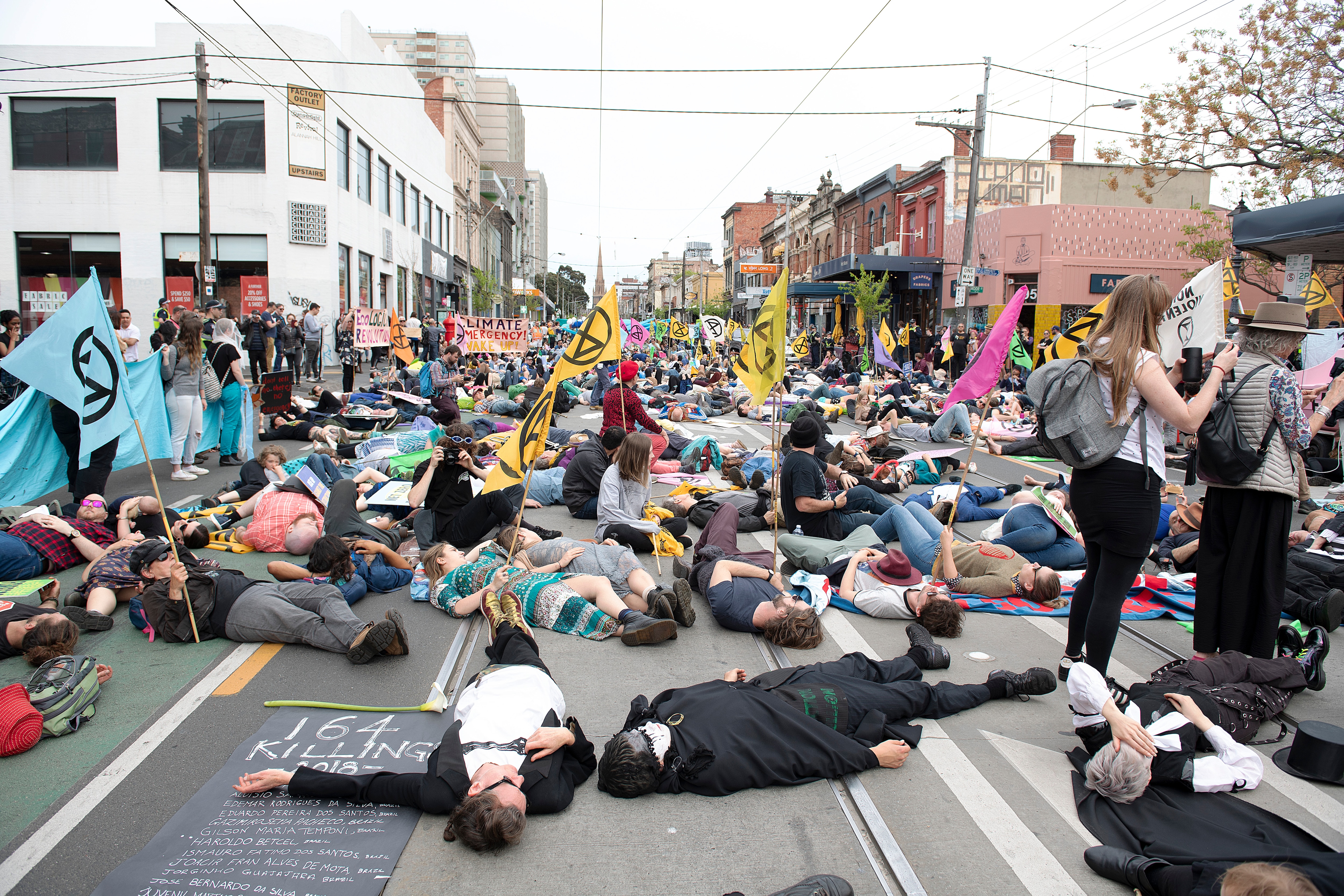 Extinction Rebellion activists lie down on the road.
AAP

"There is absolutely no evidence of protesters designing or constructing devices with an intention to harm anyone," he said.

"We heard plenty of evidence of police using existing laws, extensive training and carefully developed safety procedures to go about their work in a way consistent with our right to peacefully protest.

"The only real concerns that have actually materialised are simple disruption and economic loss for coal companies."