The Queensland government will outlaw gay conversion therapies, with fines and jail time for health practitioners caught practising them.

Practices intended to change or suppress someone's sexual orientation or gender identity will be outlawed in Queensland.

Gay conversion therapies will be made illegal and health practitioners caught carrying them out will face fines and time behind bars under a new law.

The practices are immoral, unethical and have long been discredited by the medical sector, Health Minister Steven Miles said. 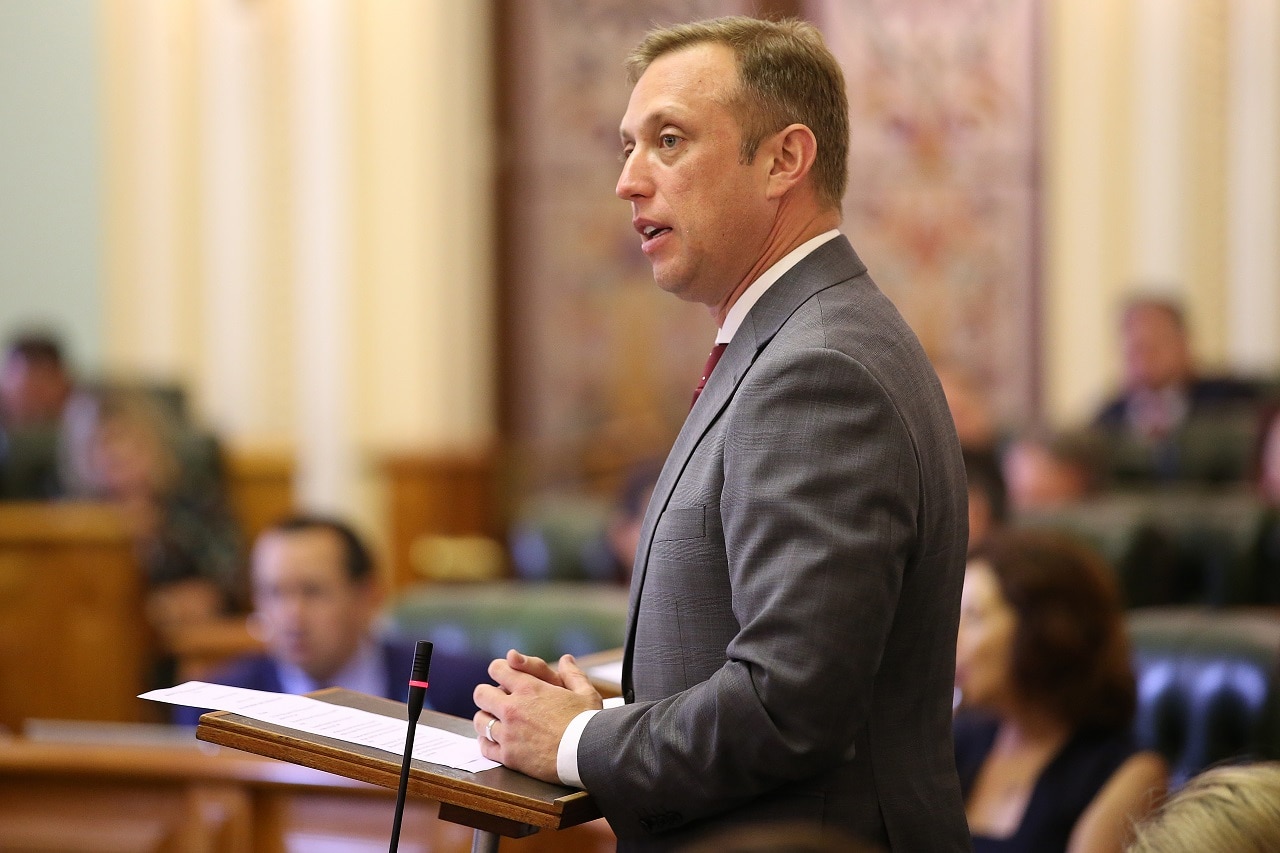 "I strongly oppose any suggestion that being LGBTIQ is a disorder that requires medical treatment," he said.

Such therapies include giving electric shocks or nausea-inducing drugs while showing a person a picture of someone of the same sex, regression or hypnotherapy, and counselling that encourages someone to distinguish their private and public sexual feelings or identity.

It's not a legitimate health therapy

"It's not a legitimate health therapy ... This is an appalling practice that has no place in modern society, let alone Queensland's health system," Mr Miles said.

"It does nothing but cause harm and devastation to vulnerable members of the community who need and deserve our support and respect."

The bill will not prohibit treatments or practices that help individuals to express their identity or those going through or considering a gender transition, provide acceptance and support to those people, or facilitate someone's identity exploration and development. Penalties will be higher where the person receiving conversion therapy is vulnerable, such as a child, and will apply to all health professionals, registered or otherwise, and organisations.

"This ban sends a clear message to Queenslanders that conversion therapy is harmful in all contexts and that people should be nurtured and protected so they can live and love without fear of abuse, ridicule or exclusion," he said. The ban will form part of the Health and Other Legislation Amendments Bill which has been introduced to state parliament.

Readers in Australia seeking support with mental health can contact Lifeline on 13 11 14 or Beyond Blue on 1300 22 4636. More information is available at Beyond Blue.org.au