Climate activists have targeted News Corp Australia's offices with manure and a brief blockade in a series of protests against the media giant's coverage of climate change.

Protesters in Sydney also climbed the building and unfurled a banner outside the entrance reading "tell the truth". A pile of manure is dumped outside the News Corp Australia offices in Sydney, Friday, September, 4, 2020.
AAP

In Adelaide, members picketed the offices of the Adelaide Advertiser and sent a letter to its editor, Matt Deighton, calling on the paper to stop publishing material syndicated from Sky News.

"We want you at the Advertiser to start telling the truth clearly, completely and with conviction," the missive said.

Extinction Rebellion is calling for a binding target of zero net-emissions before 2025, overseen by a citizens' assembly.

It claims News Corp is fuelling a culture of climate denialism in Australia.

"The professional media have a duty to tell the truth and the truth is that we are in a climate and ecological crisis that threatens the survival of humans as a species," a spokesman said.

A group of protesters also disrupted work at the organisation's Murarrie printing and distribution centre in Brisbane overnight, chaining themselves to gates and gluing themselves to the top of a newspaper delivery truck. 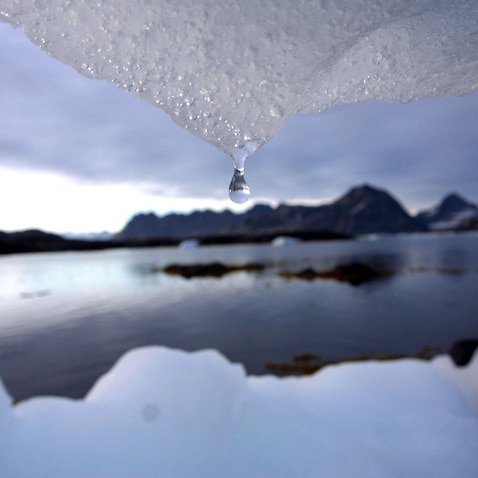 Police were called to disperse the rally just after 11pm and arrested nine people, issuing seven with fines for trespassing and public nuisance offences, a spokesman told AAP.

Two people were charged with obstructing police and trespass with one of the offenders allegedly gluing his hands to the top of the vehicle.

The pair will appear in court at a later date.

In a statement, Extinction Rebellion accused police of rough treatment towards one of the protesters during his arrest, kneeling on his neck and using brake fluid rather than acetone to remove glue from his hands.

Queensland activists have warned a planned mass-cycling protest will block Brisbane CBD traffic on 21 September unless their demands are met.