South Sydney Rabbitohs players are using their own experiences to inspire and guide the next generation.

The South Sydney Rabbitohs have always had a strong link to Australia's Indigenous communities - and that bond is set to deepen thanks to a new mentoring program.

Souths Cares, the Bunnies' mentoring program established in 2006, has received a $208,000 federal government grant to expand its youth, school and community programs in South West Sydney.

Minister for Indigenous Health Ken Wyatt said the program was a legacy for future generations.

"All of us as adults can still remember players who had an impact on us because they either took a moment to sign an autograph or to just give us some great advice and that’s what this program is about," he told SBS News.

"I compliment the Rabbitohs on what they do at Souths Cares, because in 20, 30 years’ time, one of those children will look back and say your comments to me made a difference to my life and I want to thank you for that."

Indigenous Rabbitohs players past and present have become mentors for young people across Sydney as part of the program, including five-eighth Cody Walker. "I had to deal with homesickness and things like that, living away from my mum and dad. I was a bit of a mummy’s boy and the youngest of four boys so it took me a little while to realise what I wanted to do," he said, of his playing start.

"I persevered and I didn’t get my NRL debut until I was 26 so it took me nearly, you know, nine years, 11 years or 10 years or something to really crack the NRL - and it showed a lot of resilience, a lot of perseverance and things like that.

"Hopefully I can pass those sorts of things and messages on to young Indigenous kids." 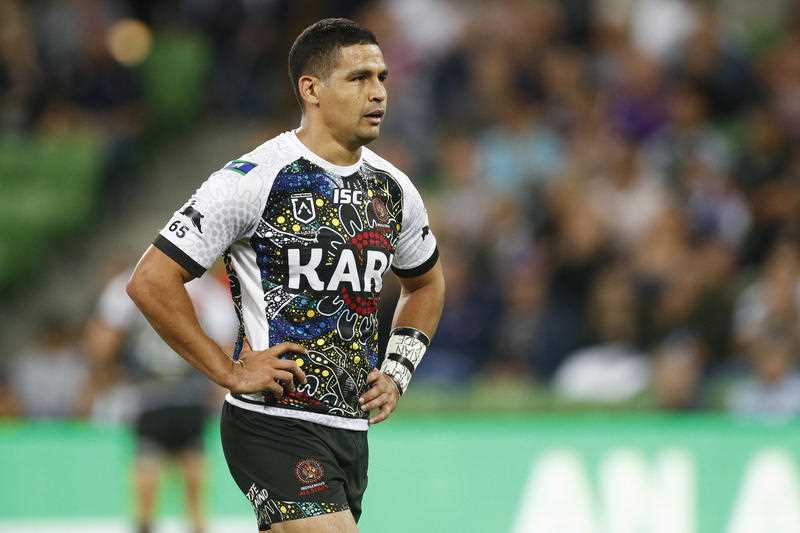 Five-Eighth Cody Walker didn't make his NRL debut until he was 26.
AAP

Centre Braidon Burns also struggled with homesickness as he chased his dream of becoming an NRL player and said the initiative allowed him to explain the challenges he overcame growing up.

"You know If a kid comes up and they're doing it pretty tough or if they explain to me that they’ve grown up pretty tough, I tell them my story and tell them about how I didn’t grow up with my parents and grew up with my grandparents," he said,

"If they're in the same sort of boat I think it’s a strong sort of message for them and they can see that that someone like myself has done it. They can probably do the same and I think it just motivates them a bit more if that’s the case so I like to share my story and I like to tell kids they can do it they think they can’t."

Yileen Gordon, who made his NRL debut at the age of 18, said his career stalled after a number of off-field incidents.

Yileen Gordon in action for the Bunnies in 2006. He said he's had to overcome several off-field issues.
ACTION PHOTOGRAPHICS

Gordon said his career could have played out differently with the help of youth programs. "Look I won’t lie, I was probably a little bit arrogant - there were people that wanted to help but I definitely think that someone would have sort of taken me under their wing, so to speak, would have made a big difference," he said,.

"I was, like I said, an 18-year-old making all these decisions and you know where it’s just basically me not having any real life experience at that stage going, "yes I’ll do this" and not making it right from making a wrong decision."