Former prime minister Tony Abbott has lost his electorate of Warringah to independent Zali Steggall, after 25 years in the seat.

After two decades, former prime minister Tony Abbott’s run as a federal parliamentarian has come to an end with independent Zali Steggall clinching the seat of Warringah.

Mr Abbott suffered a major swing against him of almost 14 per cent as at 9.00 Saturday (AEST), according to the Australian Electoral Commission.

The former PM conceded defeat, telling the party faithful on Saturday night he would "rather be a loser than a quitter".

"I always knew it was going to be tough here in Warringah. And I can't say that it doesn't hurt to lose," he said.

"But I decided back then, in October of last year, that if I had to lose, so be it. I'd rather be a loser than a quitter."

He went on to acknowledge and congratulate Ms Steggall, saying there had been a "realignment of politics going on right around this country".

Ms Steggall addressed her supporters at the Manly Pacific Novotel on election night.

“When communities want change, they make it happen,” she said.

“This is a win for moderates with a heart."

The independent's campaign focused on challenging Mr Abbott around the threat of climate change - and Mr Abbott said pundits would now being analysing how much the issue played on his loss.

"Over the next few days and weeks, I suspect there will be a great deal of analysis of the part that climate change did, or did not, play in the outcome," he said during his earlier concession speech.

"And let me just say this, as my first word, if not necessarily my last word, on this subject." Former foreign minister Julie Bishop earlier declared climate change was a significant issue in Warringah, and the result was an "inevitable outcome".

"Tony Abbott is a climate change denier," she told the Nine Network.

The mood is electric here at Zali Steggall’s event in Manly, people thrilled at the Independent candidate’s success. @SBSNews pic.twitter.com/jvlNDYQzdt

"Whilst I have disagreed with pretty much - most, almost everything he's done in public life - I would acknowledge the service of someone who has been in the parliament for 25 years," she said.

"As I said, I disagree with almost all of the things that he stands for, I do acknowledge his public service."

Labor frontbencher Anthony Albanese described the results as a "slaughter".

"This is unprecedented for a sitting member who has been a minister and a prime minister," he said.

"The absurdity of his campaign showing he was so out of touch ... like he was sabotaging his own campaign." 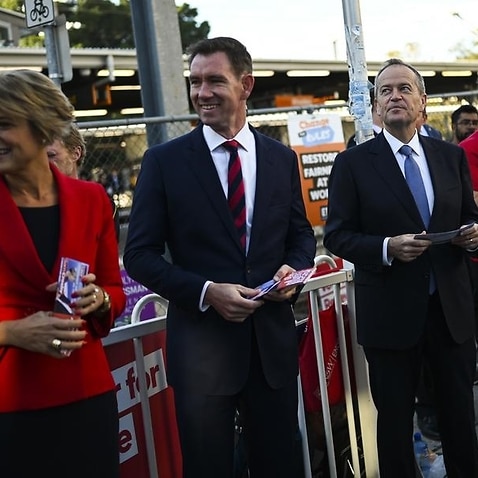 "Twenty five years is an incredible innings and not many people get to be the prime minister of this country," she said.

"He has certain principles and, as a member of parliament, it's his obligation to act in accordance with his principles and explain himself to his electorate," he told the ABC. 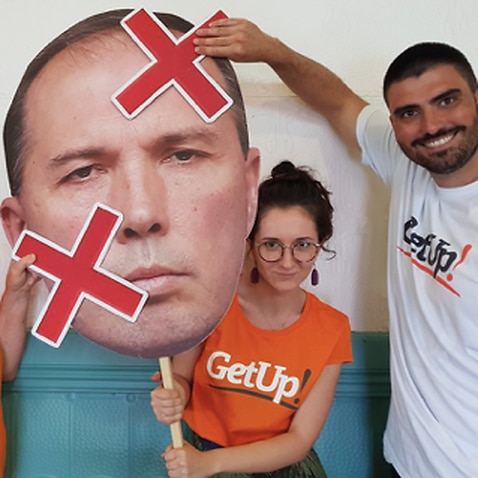 The former prime minister held the top job for two years before a leadership challenge by Malcolm Turnbull in 2015.

A former Winter Olympian, Ms Steggall presented a strong challenge against Mr Abbott, with the support of activist group GetUp which campaigned against the former prime minister.