India aims to vaccinate around 300 million of its 1.3 billion people by July - a number equal to almost the entire US population.

Hospitals were decked out with flowers and one politician planted a tree as India began on Saturday (local time) its colossal coronavirus vaccine drive, desperately hoping to end a pandemic that has killed 150,000 of its people.

India aims to vaccinate around 300 million of its 1.3 billion people by July - a number equal to almost the entire US population - with frontline workers, people over 50 and those deemed high risk first in line.

On day one, around 300,000 people were due to be vaccinated with Covishield, developed by AstraZeneca and made by India's Serum Institute, or the homegrown Covaxin. Covaxin is still in clinical trials and recipients on Saturday had to sign a consent form that stated that the "clinical efficacy... is yet to be established".

But as he launched the vaccination programme, Prime Minister Narendra Modi urged people to reject "propaganda and rumours" about the domestically-formulated vaccine.

"The world has immense faith in India's scientists and capacity of vaccine production," Mr Modi, 70, said in a video message.

The #LargestVaccineDrive that started today is guided by humanitarian principles.

That is why the vaccination drive first covers those who need it most, those who are tirelessly working on the frontline. pic.twitter.com/CltWDNdMe0

Inside a 15,000-bed field hospital in Mumbai, authorities set up 15 vaccination booths and expected to inoculate up to 1,000 people on Saturday.

"Back in May, it felt like a losing battle. We were getting 200 cases a day," said Rajesh C Dere, 46, the dean. "Today I feel a great sense of satisfaction that we have succeeded."

The facility's first recipient was a young female health worker. There was applause as she got the jab in her right arm and gave a thumbs up with her left. Mohan Ganpat Nikam, 53, a security guard at another Mumbai hospital, said he was scared last year as the pandemic raged through the country.

"I felt so happy when I heard that my name was on the list for vaccinations," he told AFP. 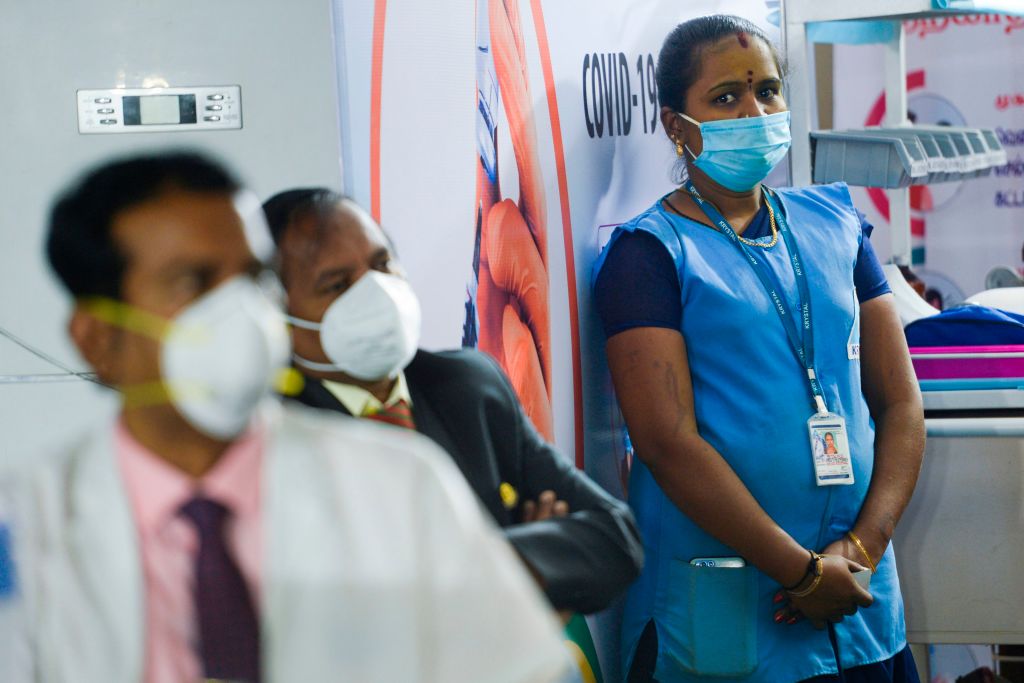 Medical workers wait to be inoculated with a COVID-19 coronavirus vaccine at the government Rajaji hospital in Madurai on 16 January.
AFP

Physiotherapist Smita Ringanekar, 42, said she spent months living in a hotel so she could help patients and not infect her aged parents at home.

"I haven't visited any of my friends or relatives for months," she told AFP.

"I have seen people dying," said health worker Santa Roy, 35 in the eastern city of Kolkata, saying he now saw a "ray of hope".

Ram Babu, the first recipient in Patna, said he went to the temple on the way to the hospital, and was "so excited that [he] couldn't sleep".

New infection rates in India have fallen sharply in recent months. On Friday, 175 people died compared to almost 4,000 a day earlier in the United States.

But experts are concerned a new wave might hit, fuelled by a string of recent mass religious festivals.

Authorities are drawing on their experience with India's massive elections and child immunisation programmes for polio and tuberculosis. But in an enormous, impoverished nation with often shoddy transport networks and one of the world's worst-funded healthcare systems, it is still a daunting undertaking.

Child inoculations are a "much smaller game" and vaccinating against COVID-19 is "deeply challenging", said Satyajit Rath from the National Institute of Immunology.

Both approved vaccines need to be kept refrigerated, and others being developed will need to be stored at ultra-low temperatures - and in a country with scorching summers.

There are also concerns about plans to manage the entire process digitally via India's own app, CoWIN - of which there are already several fake versions.

As in other countries, there is scepticism about the vaccine, fuelled by a torrent of hoaxes and baseless rumours online about the virus.

For example, multiple Facebook and Twitter posts shared hundreds of times - debunked by AFP Fact Check -claimed no vegetarian had died from COVID-19.

Anecdotal evidence suggests that the approval of Covaxin without data from phase three human trials has further eroded trust among doctors and patients alike. 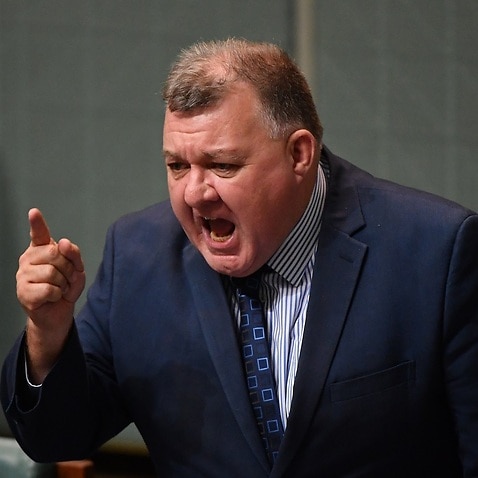 But with "Thank you Modi" posters on the wall, Chand Wattal, 60, a senior Delhi doctor who was among the first to be vaccinated - with Covishield - wasn't worried.

"There is no treatment for coronavirus, it is killing people worldwide," he told AFP.

"The phase three data (for Covaxin) is not in public domain, that is a concern. But they will release it in two to three months, so why waste time?"

"All this hype (about Covishield and Covaxin) has been created by the media," agreed Sheela, 28, a nurse.

"Frankly I would prefer Covaxin to Covishield, it feels safer to me," said Praveen Jaiswal, 55, a Mumbai radiologist.

"People who don't believe in vaccines are misled by WhatsApp and Facebook. They don't read facts and look at social media instead, which creates all kinds of misconceptions."