Reserve Bank of Australia Governor Philip Lowe says despite growth being revised down for 2019, there are signs the economy has reached a "turning point".

The head of Australia's central bank says raising Newstart would deliver a bigger economic boost in the short term than cutting taxes for high income earners.

Reserve Bank Governor Philip Lowe fronted the parliament's economics committee in Canberra on Friday where he was grilled on Australia's sluggish economic growth. 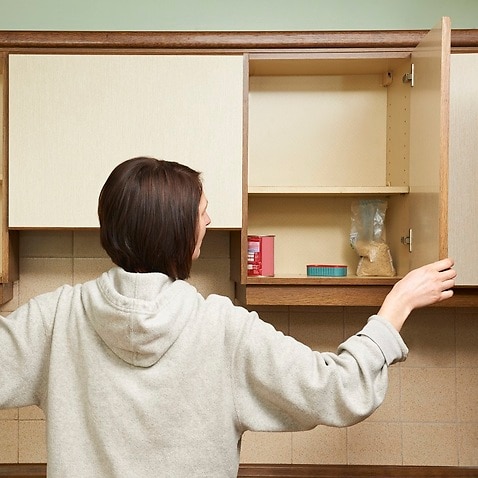 Labor MP Alicia Payne questioned whether tax cuts for the wealthy or raising unemployment benefits would have a bigger economic benefit. 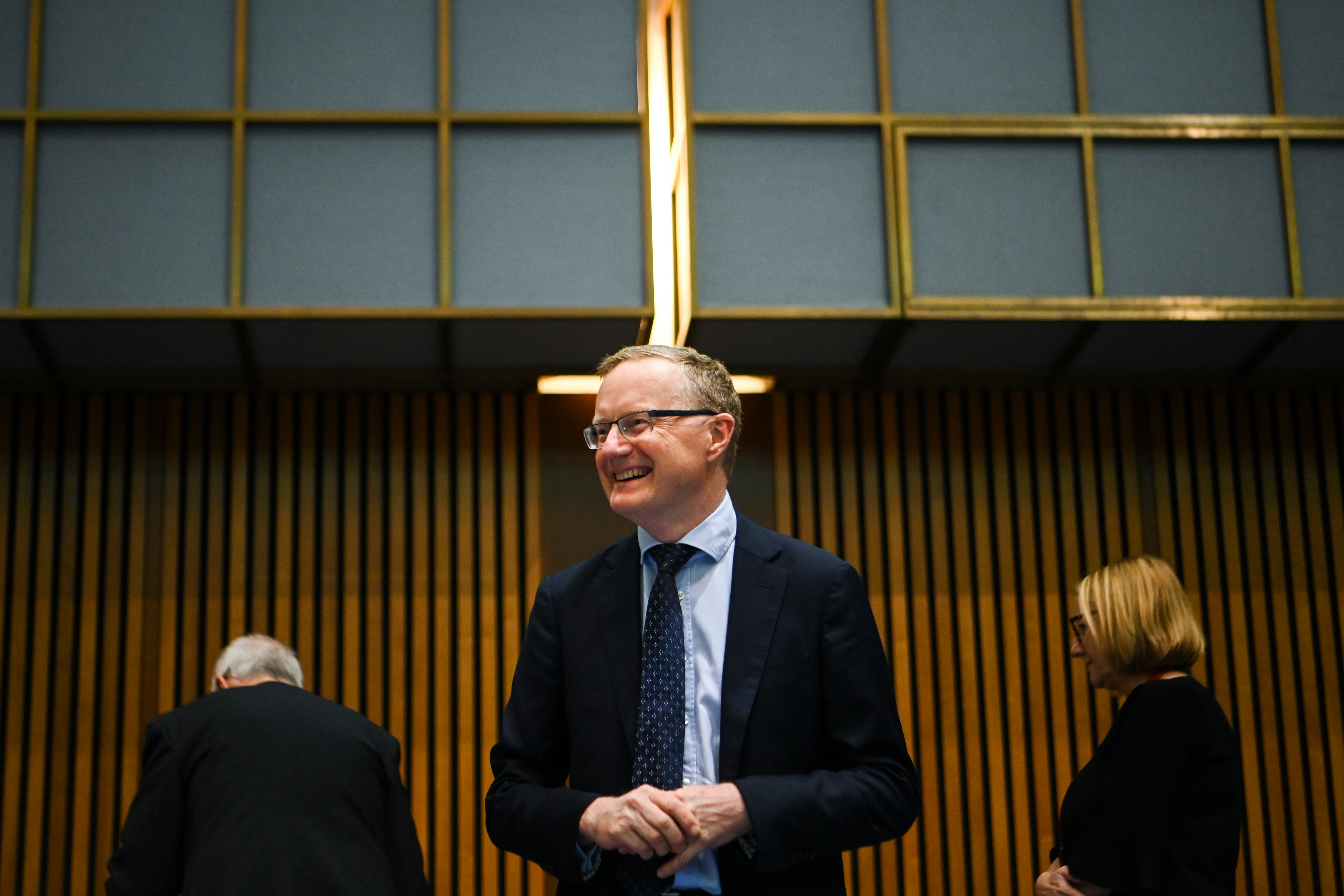 Looking at the longer term was more complicated, he said.

"We've got to think about the incentives for work and innovation and reward. It may be in the longer run having low tax rate on people who earn higher income either through entrepreneurship or other reasons actually stimulates more growth in the economy so everyone can be better off."

It's not the first time Dr Lowe has publicly backed an increase to the $277-a-week Newstart payment, but he stopped short of calling on the government to raise the amount by $75 as welfare groups are demanding.

"Increased spending there would see greater spending in the economy, but it's a balance. The government has to decide where best to spend its scarce resources."

Dr Lowe used the hearing to outline an optimistic view of Australia's economy declaring the nation may have reached a "gentle turning point", paving the way for growth to pick up again next year.

But Dr Lowe again reminded governments there is more they could do to get the economy moving, as uncertainty borne of global trade tensions continues to swirl. Dr Lowe says despite that, there are signs the economy's fortunes are changing, on the back of lower interest rates and recent tax cuts.

The depreciation of the Australian dollar, a brighter outlook for mining investment and some stabilisation in the housing market have also been helpful, Dr Lowe told a hearing in Canberra. 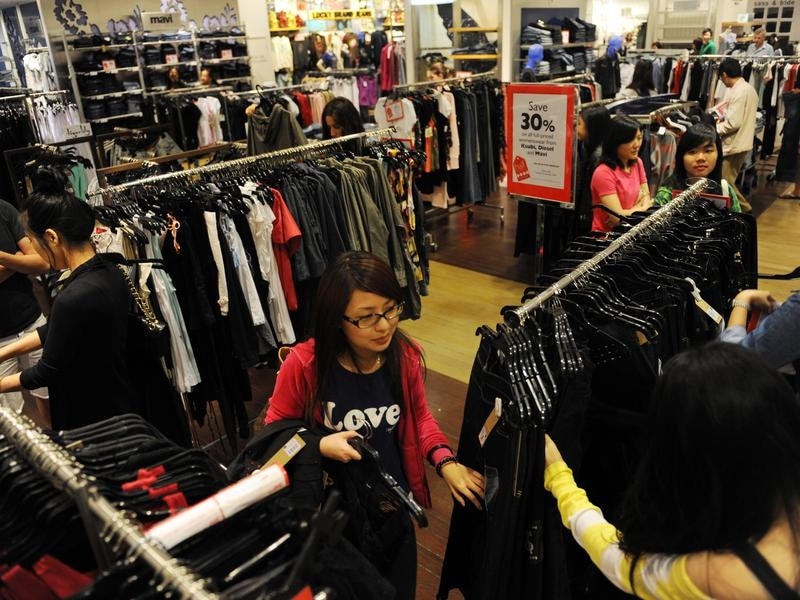 The central bank says household spending has been constrained due to slow wages growth.
AAP

"There are signs the economy may have reached a gentle turning point," he told the federal parliament's economics committee on Friday.

"Consistent with this, we are expecting the quarterly GDP growth outcomes to strengthen gradually after a run of disappointing numbers."

Taking into account the positive developments, the RBA has kept its growth forecast for 2020 at 2.75 per cent.

"It is reasonable to expect that, together, these factors will see growth in the Australian economy return to around its trend rate next year."

Dr Lowe said the 2019 forecast was lowered because Australians have been spending less, amid slow growth in their wages and recent house price falls.

The Reserve Bank held the cash rate at a record low 1.0 per cent on Tuesday, after reducing the rate by a quarter of a percentage point in both June and July.

Dr Lowe said the possibility of lower interest rates remains on the table while inflation is well below the RBA's target band and there is slack in the jobs market.

But the governor reiterated his belief that monetary policy is not the only avenue for stimulating the economy, suggesting governments could turn to fiscal support, such as extra infrastructure spending. 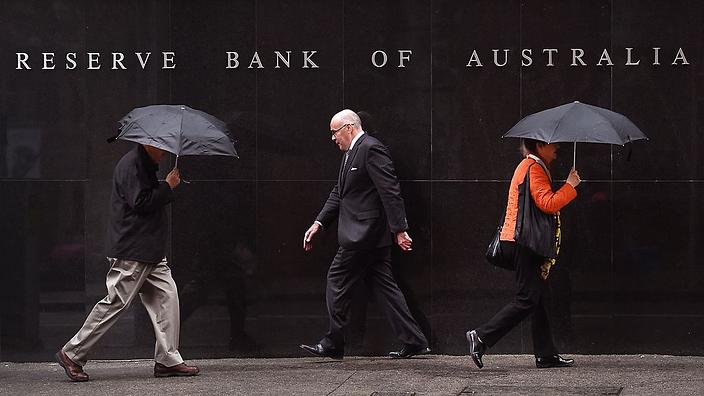 The RBA expects to keep interest rates low for some time.
AFP

Structural policies that help businesses grow would also be beneficial.

"We will all do better if Australia is viewed as a great place to expand, invest, innovate and employ people," he said.

Structural reforms would also boost productivity, which has slowed "noticeably" in recent times.

"If this slowing is maintained, it will become a serious issue and as a society we will have to make some difficult adjustments."

He stressed improving productivity is particularly crucial if the trade war between the United States and China rages on, discouraging people from investing and undermining global growth.

"We can do things domestically that make a difference."

Asked whether the RBA should have cut the interest rate sooner, Dr Lowe stressed the economy looked like it was heading in the right direction in the first half of 2018.

"Whether we could have adjusted earlier, I think only time will tell."