The Greens have released a $500 million industry blueprint on waste recycling, saying Australia should be leading the way.

Low-quality recyclables are stockpiling around the country because Australia has been almost entirely reliant on China to get rid of them, Greens leader Richard Di Natale says.

But a $500 million investment in Australia's own waste management system could replace the need to export recyclables, his party believes.

Councils across the country are feeling the pinch of China's recycling import ban, introduced earlier this year. 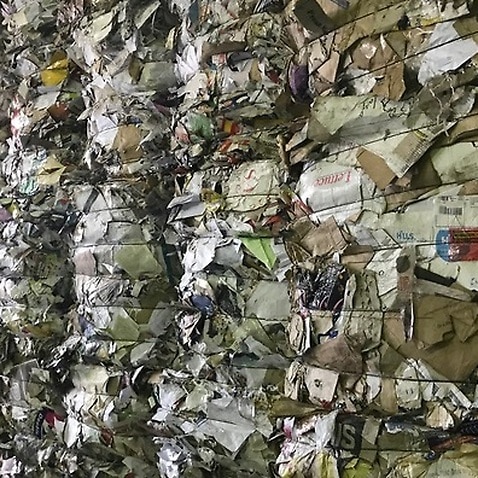 "We here in Australia should be leading the way when it comes to recycling - we've got the technological know-how, we've got the expertise to be able to do it," Senator Di Natale told Sky News on Thursday.

"We've been almost totally reliant (on China) when it comes to that lower quality waste ... if we'd been smart about this and prepared for it we'd have this industry here in Australia."

The Greens want to spend $500 million over five years on infrastructure and programs to improve recycling - to be administered by the Clean Energy Finance Corporation - with state-matched cash.

The plan includes a national container deposit scheme and waste streams for tyres, mattresses and e-waste.

Community groups and social enterprises would share in $10 million of grants to run reuse and recycling centres, $50 million would go toward a new Plastic Co-operative Research Centre, and microbeads and single-use plastic bags would be banned immediately.

Greens waste and recycling spokesman Peter Whish-Wilson said households had been doing the right thing for years, but the system was failing.

"This problem has been a long time coming and the Chinese restriction on importing waste has tipped it over the edge," he said.

Senator Whish-Wilson said it was an opportunity to reboot the recycling industry.

“The China restriction on importing our recycling waste is an opportunity to reboot Australia’s recycling industry with an approach that is both good for jobs and good for the environment," she said. * Recycling targets for government departments. State and local governments would have to commit to buy-recycle, or they wouldn't get funding.