A new Australian Human Rights Commission report has revealed 97 per cent of Australian chief executives have Anglo-Celtic or European backgrounds.

A new report has revealed 97 per cent of Australia's chief executives have Anglo-Celtic and European backgrounds, sparking calls for diversity in leadership roles.

The Australian Human Rights Commission report, released on Wednesday, also found that Australians with non-European or Indigenous backgrounds hold just five per cent of senior leadership positions, despite comprising about 24 per cent of the population. The Human Rights Commission report has found that leaders do not reflect the Australia's diverse society.
AAP

"The general Australian population has about 24 per cent of people who have non-European and Indigenous background. What we're seeing then, is a significant under-representation of cultural diversity in senior leadership," he told SBS News.

"This challenges us as Australians to ask whether what we're seeing reflects the kind of multicultural nation that we are."

Dr Soutphommasane said diversity is particularly low within the senior leadership of Australian government departments and in universities.

He said change often begins with decisive action by leaders, but everyone has a part to play. 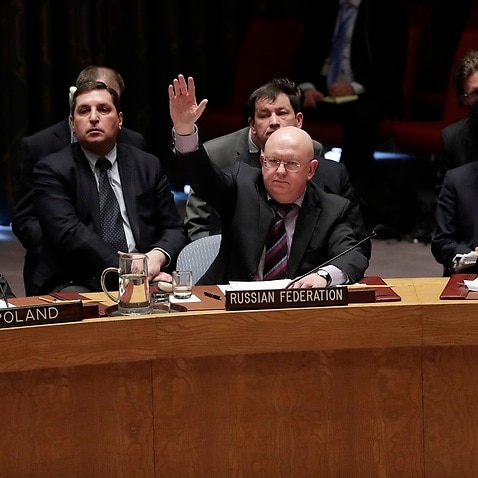 The Human Rights Commission report is a revision of the 2016's Leading for Change initiative, which looked to boost cultural diversity in high-ranking leadership positions.

But, she said, they're not moving into senior levels of management due to a structural bias about what an executive should look like.

"Organisations [need to] firstly identify that there is an issue or problem," she said.

"They can make an assessment of their own workplaces to see just how diverse their leadership teams are - and see whether they reflect their market [and]  their customers - and then they can work on implicit and explicit bias.

"Until they do that, you're always going to be hiring the same type of people and grooming them for those kinds of leadership positions." One person who has seen firsthand the benefits of culturally diverse leadership is Ming Long.

Ms Long is an experienced leader who has worked in funds and investment management, real estate and education.

She is one of only a handful of CEOs with Asian heritage to lead an ASX-100 or 200 listed entity in Australia.

"I have had people in my organisations from different ethnicities that I could actually use to communicate with different banks and different stakeholders - and we were really successful," Ms Long said.

Ms Long has a simple message for those concerned by the figures showing a lack of cultural diversity.

"People who are looking at this research, do yourself a favour and get some ethnic and cultural diversity within your team."