Engineers Australia said cracks appearing in a unit complex in Sydney is further evidence that changes are needed in the building and construction sector.

Residents of an evacuated apartment complex in Sydney are unsure when they'll be allowed to return as engineers try to stop ongoing and persistent cracking.

Mascot Towers was vacated on Friday night after engineers became increasingly concerned about cracks in the primary support structure and facade masonry of the decade-old building in the inner-south suburb Mascot.

Residents were told to be ready to leave at short notice and temporary structural support was urgently installed on Thursday after building management noticed the cracks were widening.

All 122 units and all but two ground-level shops were empty on Saturday.

While the cause of the cracks have not been determined, local MP and former mayor Ron Hoenig noted another apartment tower was recently built next door.

"It's suspicious that the new building is not even occupied and the building that's been up for 12 years all of a sudden has substantial cracks," he told reporters.

He said he'd been advised there was no chance the evacuated complex would collapse.

Renters have been informed their temporary accommodation won't be covered by insurance while owners' alternate housing may also not be covered.

"It's a bit annoying to not really know what is going on and move at short notice but we'll deal with it," Mascot Towers tenant Jade told reporters on Saturday.

Another tenant, who is now living nearby with a friend, said he was effectively homeless after being given 75 minutes to leave on Friday night.

"The general thing going through my mind was 'what can I leave here and just go buy'," tenant Cameron told AAP on Saturday.

Transport for NSW confirmed there was no impact on the airport rail line or Mascot train station, which sits underneath the complex.

In December, the Opal Tower apartment complex in Sydney Olympic Park was completely evacuated due to cracking and reports of movement. 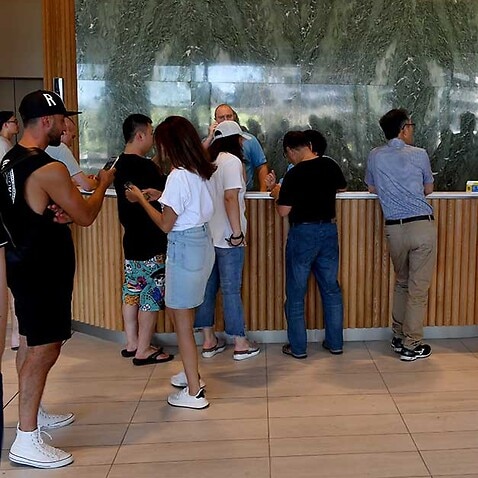 Engineers Australia said the situation was further evidence changes were needed in the building and construction sector.

"The evacuation of Opal Tower was a major wake-up call for NSW to get serious about reform," spokesman Jonathan Russell said in a statement. 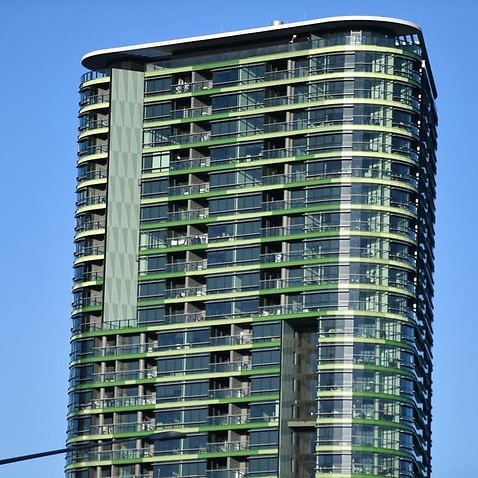 "It is time to finally implement the changes agreed by Council of Australian Governments in response to its inquiry into regulation of the sector."

Mascot Towers' building manager and strata company have been contacted for comment.

Master Builders Association executive director Brian Seidler told SBS News it's yet to be seen whether the problem "is a question of building or design or under-design".

“The structural integrity will be assessed firstly by the engineer, who played a role in the design of the building and the architect, the other thing is who built the building, who was the developer, there’s a whole host of pieces that have to be worked out," he said.

“The building is 10 years old, is another issue, maintenance issues, there’s a whole host of things we have to be mindful of before a proper call can be made."