The move follows months of pressure from Aboriginal groups, shareholders and government officials.

Mr Jacques, iron ore boss Chris Salisbury and corporate affairs boss Simone Niven will all depart the company within the next year. 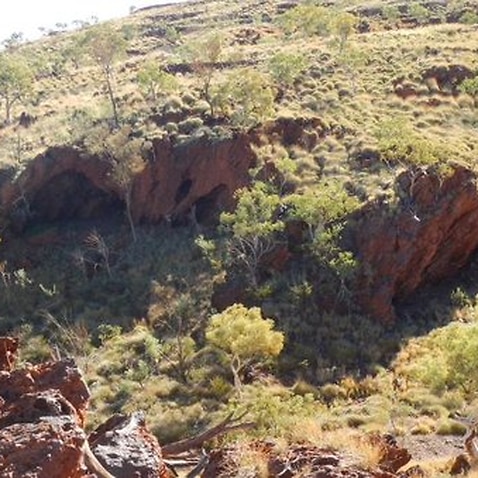 In a statement on Friday, the mining giant said the departures were by “mutual agreement”.

“What happened at Juukan was wrong and we are determined to ensure that the destruction of a heritage site of such exceptional archaeological and cultural significance never occurs again at a Rio Tinto operation,” Rio Tinto chairman Simon Thompson said.

“We are also determined to regain the trust of the Puutu Kunti Kurrama and Pinikura people and other Traditional Owners.”

Last month, Rio cut the short-term bonuses of the three executives over the May destruction of the sacred sites dating back 46,000 years.

The National Native Title Council welcomed the three departures, saying it showed the Rio board was "prepared to take the crucial first step towards accountability".

"I think we are all in agreeance that the initial measures doled out by the Rio board in cutting executive bonuses did not go far enough," CEO and Djabwurrung Gunditjmara man Jamie Lowe said.

"Several million dollars in lost income is a drop in the ocean for these individuals, whose governance failings and calculated decisions robbed Australia and Traditional Owners of a world heritage significant site.” The mining giant had approval for the blast but subsequent evidence indicated the Traditional Owners did not provide informed consent.

Rio has admitted overlooking key information about the cultural significance of the sites and not informing the PKKP that it had examined other options for expanding its mine that did not involve damaging the rock shelters.

A parliamentary inquiry is investigating the sequence of events leading up to the caves' destruction, Rio's decision-making process and oversight by the West Australian government.

The committee's chair said evidence uncovered had demonstrated the need for Rio's leadership to be held accountable.

"The evidence received by the Committee has made clear that the internal culture at Rio Tinto was a significant factor in the destruction of these sites," North Australia Committee chair Warren Entsch said.

"New leadership, new structures and new operating principles within the company are essential to preventing such catastrophes in the future."

The committee wants to question Rio's outgoing executives on their previous appearance at the inquiry, after Mr Entsch raised concerns that misleading evidence had been given.

Mr Entsch has also called on other mining companies to make the same commitment as Rio to ensuring the destruction of culturally and archaeologically significant sites "never occurs again".

The committee has vowed to continue its inquiry, despite having to postpone planned visits to Western Australia because of interstate travel restrictions.