EXCLUSIVE: The number of would-be Australians subject to tougher background checks who have been waiting more than two years for citizenship has skyrocketed 450 per cent.

“We thinking maybe one day they send us back to Afghanistan.”

The Hazara man (an ethnic group native to Hazarajat in central Afghanistan) was granted permanent residency by Australia in 2010, has been waiting more than three years to learn if he can take an oath of allegiance to his adopted home.

“I wish for that; that one day I am Australian citizen,” Reza, now aged in his 40s, said.

An 18-month investigation by the Commonwealth Ombudsman, released in December, found the number of people subject to heightened identity checks and waiting more than two years on the outcome of a “citizenship by conferral” application - such as former refugees - had skyrocketed 450 per cent.

This increase - a jump from 338 cases requiring enhanced screening in November 2016 to almost 2000 by the middle of last year - was despite an overall drop in the number of complex applications awaiting a decision, the ombudsman found.

Turnbull government eyes off citizenship changes for first half of 2018

Citizenship by conferral is a stream open to permanent residents who satisfy a range of criteria, pass a citizenship test and take part in a citizenship ceremony.

As of early January, there were 167,820 outstanding conferral applications, 5680 of which were more than two years old.

The ombudsman's investigation focused on those subject to "enhanced screening and integrity checks" due to background factors such as country of origin, an "irregular" arrival or due to any changes made to personal information.

The oldest of these case had been “on hand” for more than four years, according to the report. This compared to the department’s “service standard” for processing most cases of just 80 days.

“In early 2016, the Commonwealth Ombudsman started to experience an increase in complaints from people awaiting decisions on their citizenship applications for more than a year, and sometimes over two years,” the December report said.

“In the past year and a half, we have received approximately 300 complaints about delays by the department."

Applicants from Afghanistan topped the list of those facing delays, the ombudsman found, noting those hailing from the war-torn nation had been singled out by the department as a particular caseload with "integrity issues". 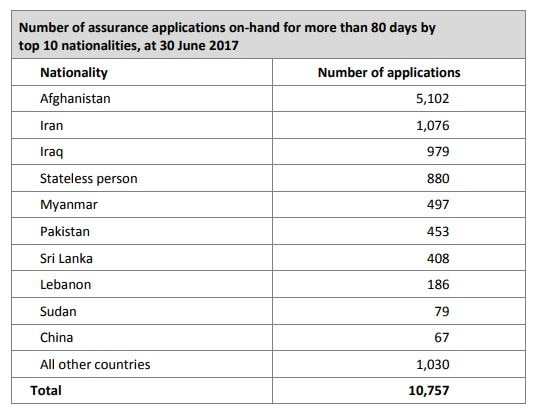 A finding from the 'Delays in processing of applications for Australian Citizenship by conferral' 2017 report.
Commonwealth Ombudsman

“Although the department has made progress in reducing the overall backlog of applications, its assessment of more complex cases is still an area for improvement,” the report said.

But critics say the delay is part of a deliberate policy shift that “demonised” those from refugee backgrounds and exacerbated problems caused by inadequate staffing.

“It doesn’t make sense that the department is satisfied with someone’s identity to grant them a permanent visa so they can stay in Australia for their whole life, yet when it comes to citizenship they have no idea about their identity,” the Refugee Council of Australia’s Asher Hirsch said.

Mr Hirsch said beyond denying many refugees a sense of belonging and security, the citizenship delay effectively halted bids by some to see their loved ones. According to a 2014 ministerial directive, boat arrivals are given the lowest processing priority for family reunification visas.

“The refugee community… [has] been demonised again and again by this government, and finding another way to create limbo, to create uncertainty to cause harm to this group by denying them citizenship.” 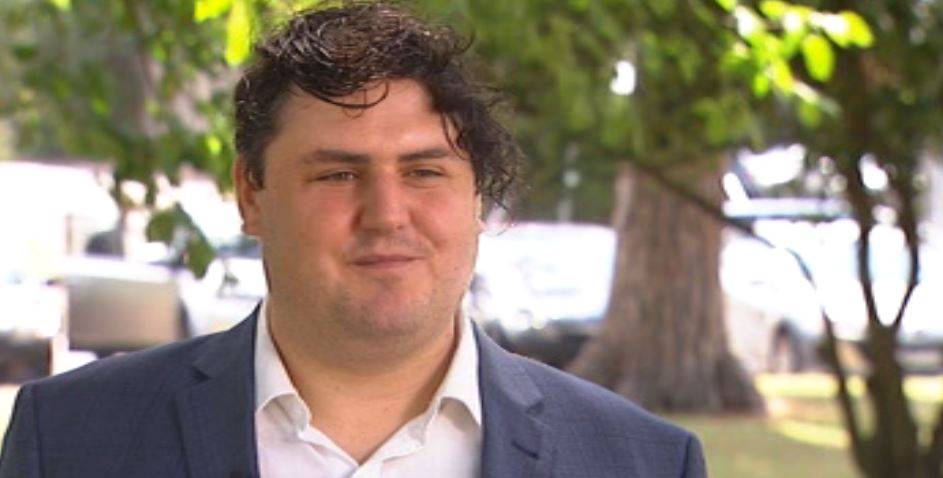 Asher Hirsch from the Refugee Council of Australia.
SBS News

The ombudsman recommended the department work on improvements to its processes to help it meet the "various challenges" of its caseload.

A 2016 Federal Court case brought by two Afghan men that found it should have reasonably taken between six and seven months to process their cases was “important guidance” for the department, the report said.

The department denied there was a backlog or delay in processing citizenship applications, and noted that Australia has “non-discriminatory migration and citizenship programs”.

“Applicants for Australian Citizenship must meet the legislative criteria, regardless of how and when they arrive in Australia,” the department said in a statement.

“The department has a duty to thoroughly assess the genuine nature of all citizenship applications.”

The report acknowledged the department’s concerns:

“In recent years, the increased awareness of identity fraud and the increased focus on ensuring the applicant is who they say they are before they are granted citizenship, has most likely caused decision-makers to take more time with high-risk applications,” it said.

“The department is acutely conscious of the fact that after a person has been approved for citizenship, it is difficult to cancel it later if it is determined the person has lied about their identity.”