Ryanair has faced criticism after a video posted online apparently showed the airline's crew failing to take action to remove a passenger who launched a racist tirade against a fellow traveller.

The video, uploaded to social media by Briton David Lawrence, showed a man hurling racist insults at an elderly black woman sitting in the aisle seat of the same row and demanding she move seats onboard a flight from Barcelona to London on Friday.

Mr Lawrence said the insults began after it took some time for the elderly woman to move out of the way from her seat. 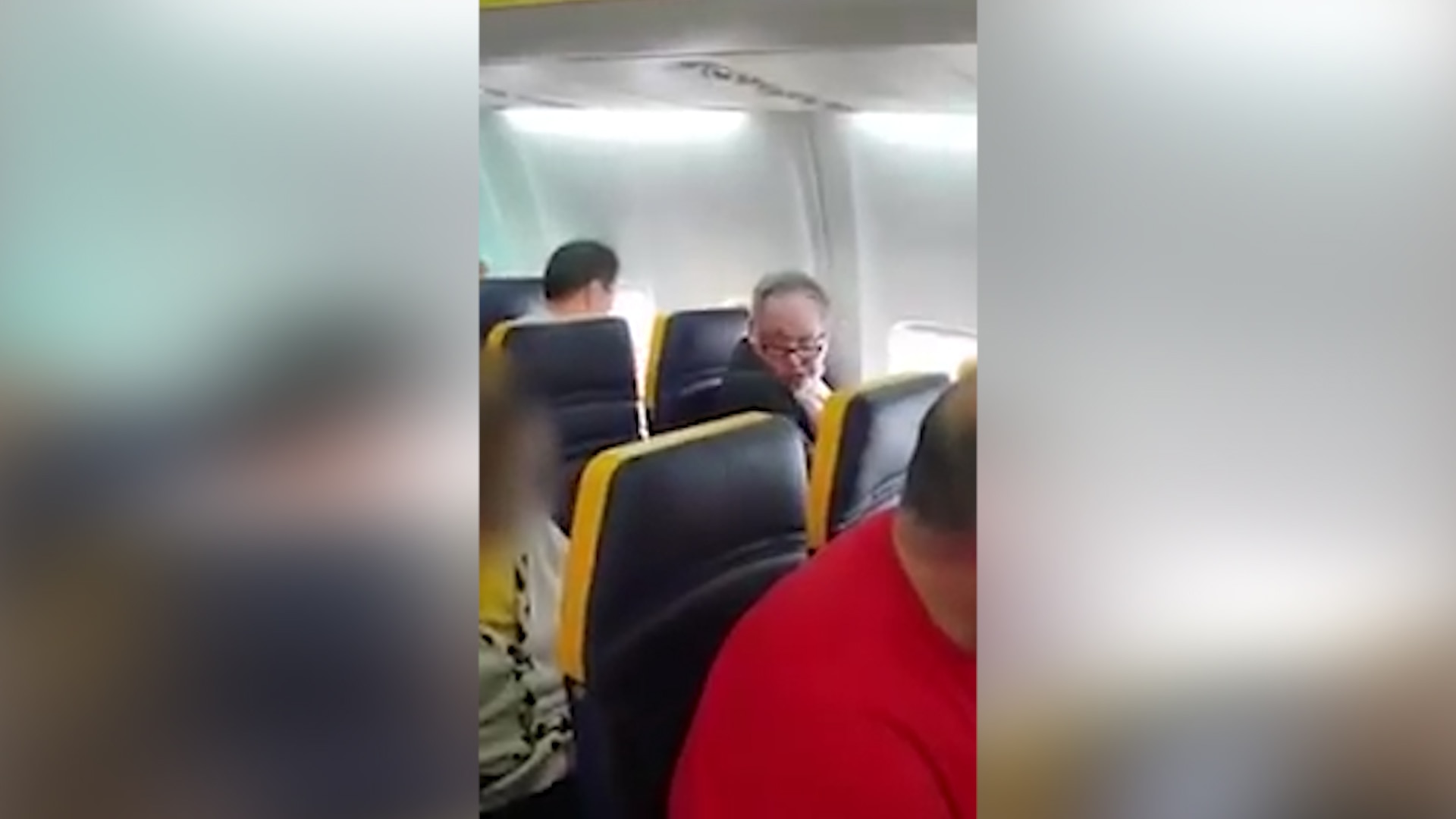 A screenshot from a video that captured a man hurling racial abuse at an elderly woman on a Ryanair flight.
Facebook: David Lawrence

"Everything was calm, we were getting ready to take off. And then a man came on board and arrived at his seat, then spoke very harshly to a woman sitting in the aisle seat," he told BBC Radio 5.

"That was what got my attention as it was very loud and very aggressive. He started to shout at the woman, saying 'get out of the way', 'move your feet', 'you shouldn't be sitting here'."

A man took it upon himself to intervene during the incident trying to calm the angry passenger.

"There was no response [from most other passengers]. No-one said anything. The young man who actually intervened... he was compelled to step forward," Mr Lawrence told BBC Radio 5.

Mr Lawrence said flight attendants failed to eject him from the flight.

Statement: We are aware of this video and have reported this matter to Essex Police

The budget airline tweeted Sunday that it had seen the footage and reported the incident to police.

It also told the BBC: "We operate strict guidelines for disruptive passengers and we will not tolerate unruly behaviour like this."

"We will be taking this matter further and disruptive or abusive behaviour like this will result in passengers being banned from travel."

Many MPs turned to Twitter to call for more to be done in the future to rule out this sort of behaviour on airlines.

Raised as Shadow Minister and continuing to raise it now. https://t.co/g54c6zuXth

This included Shadow Transport spokesperson Karl Turner who said he will continue to raise the incident in parliament.

Many others called for a boycott of Ryanair after the incident.