The Chernobyl blast on 26 April 1986 was one of the world's worst nuclear disasters. Now, 30 years later, and thousands of kilometres away, one group of Indigenous people are still living with the aftermath.

When a roof blew off a nuclear power plant in the Soviet-Ukrainian town of Pripyat on 26 April 1986 it was one of the world's worst nuclear disasters.

"It was chaos," Inger-Ann Omma remembers the day of the disaster.

Born and raised into a traditional reindeer herding family, she was only five years old at the time, living with her parents and younger sister in the north of Sweden.

“My mother told me she was warning my father and people that were helping us out that they weren’t allowed to the drink water, because she heard on the news that something really bad has happened,” Ms Omma told SBS News.

It turned out to be one of the most catastrophic nuclear disasters the world has seen. In the early hours of 26 April 1986, the Chernobyl nuclear power station, in the former Soviet-Ukrainian town of Pripyat, exploded, destroying a reactor of the plant during a botched test.

The explosion blanketed much of western Russia and Europe beneath a toxic cloud of radioactive material - the equivalent in toxicity to 200 Hiroshima and Nagasaki explosions. It spread as far as Sweden, Norway and Finland, more than 1500 kilometres away. 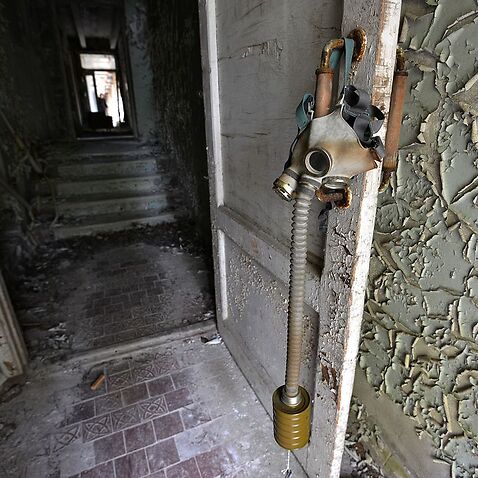 'Expect the fallout to become worse': Chernobyl 30 years on

According to a report by Leslie Dooney, the plume "contained many different radioactive elements such as strontium 90, plutonium, and ruthium," all with a half-life of 30 years (meaning half of the radioactivity will decay in 30 years) and all equally bad for the environment.

Today, many communities still suffer the consequences of the aftermath, including Scandinavia's Indigenous population, the Sami people, whose lives changed forever. The explosion resulted in long-term radioactive contamination of large areas of Sami reindeer-herding pastureland, a way of life for most Sami.

"The first years we were recommended not to eat reindeer, or elk, or mushrooms, or anything from nature"

“It was raining, it was windy. So the wind from Chernobyl and Russia blew over mainly Vasterbotten. The Sami villages in our area I think were among the hardest ones that had consequences from the Chernobyl accident,” Ms Omma told SBS News.

"The first years we were recommended not to eat reindeer, or elk, or mushrooms, or anything from nature."

All 51 Sami villages in Sweden were affected. Today, six of those villages are still suffering from high levels of contamination, including Ms Omma's village in Vasterbotten, in the north of Sweden, where she carries on her tradition.

"I'm still active in a reindeer-herding family," she said. "I live with a man and we're herding reindeer together with our children... although I'm working as a lawyer in civil society, I'm still migrating our reindeer up into the mountains, I followed and my children followed."

The accident affected much of the natural resources, like plants and animals, most notably the reindeer, an essential part of Sami life.

In the days following the accident, government testing of reindeer showed 30,000 to 60,000 Becquerel (a measure of radiation) per kilogram. In Sweden, the acceptable limit was 300 Becquerel.

The extent of radioactivity in reindeer prompted authorities to increase the cap to ensure Sami people could maintain their way of life.

Today, the Swedish safety standard in reindeer is 1500 Bq/kg.

As a result, masses of reindeer meat was slaughtered and discarded. Soren Landberg is a reindeer industry consultant at the Sami Parliament in Sweden.

He remembers exactly where he was when he heard about the Chernobyl accident on the radio. He was building his house in Sorsele, Vasterbotten.

"It was a scary feeling not knowing how the invisible fallout affected your life," he told SBS News.

The fallout has weighed heavily on Sami people.

“I didn’t understand the weight of it until I saw what they did with our reindeer. I saw when they took the reindeer to the butcher, slaughtered it and just threw it on the ground, it was really sad,” Ms Omma said.

“But still they had to sell reindeer because they wouldn’t get any money and wouldn’t be able to support or provide for their family.”

Now reindeer meat must be measured for radiation to ensure it is suitable for selling. Meat classified as unsafe is tinted blue and either thrown out or fed to minx and foxes.

"This isn't how we traditionally take care of our reindeer," Ms Omma said.

“We are still are struggling with it. It’s quite tough. But somehow we have adapted to the new way of life.

“It has changed how we provide for our reindeer because often we’re obliged to give them pellets or hay instead of the traditional lichen, because the lichen is often filled with radioactive levels and now the reindeer have to eat something else than traditional food.”

Lichen, which makes up almost 90 per cent of reindeer diet during winter, absorbs particles direct from the air including the radioactive cesium from Chernobyl. In Norway, the results were equally devastating.

Kjell Joran Jama is head of the Sami reindeer herders in the Snasa region of northern Norway. He still has vivid memories of the day.

"We read about it in the news, but we never thought we could reach us here... but it came, and our reindeer became very radioactive," the 67-year-old told Radio Free Europe.

Mr Jama's reindeer herd is also heavily tested for radioactivity levels. In 2014, there was a spike in radiation levels and many Norwegian herders were forced to release their reindeer back into the wild. At the time, the Norwegian limit was 600 Becquerel. It was eventually increased to 6000.

"We have nothing else to live off. If the reindeer don't sell, we are left to ourselves," he said.

Eva Anette Wilks is another reindeer herder from the Snasa region where she lives with her husband and two children. She was 20 years old at the time of the disaster.

"It was a horrible time of life not knowing how it would become in the future," Ms Wilks told SBS News.

Efforts by Swedish and Norwegian governments to compensate Sami herders has, as Ms Omma says, led to the commercialisation of reindeer meat.

"The market of reindeer meat has become industrialised after the Chernobyl accident because now we have large companies buying up the reindeer meat and providing that to hotels and fancy restaurants or larger places and local people and a regular Swede wouldn’t be able to find reindeer meat as easy as it was before. It has become more controlled and structured," Ms Omma said.

And she says the reparation efforts have been in vain.

"Every single form of help they have provided, they tried to limit the cost as much as possible. We are the ones they can't ignore. They're obliged to help us," she said.

"We need our base. We need possibilities to live the way we've chosen and the generations have chosen before us. It's hard to solve every single conflict or issue... but now it feels like we're just a problem, like we're an obstacle that has to be handled with."

Ms Wilks agrees, saying while governments have provided support, "all work and lost traditions of many years has only marginally been compensated."

And while there is no indication of when testing of reindeer meat will end, Mr Jama says he'll probably always live in the shadow of Chernobyl - but he's certain it should not be passed onto the next generation.

"We don't have a right to spoil this for our children," he told Radio Free Europe.

Susanne Lyngman from the Southern Sami Museum and Cultural Centre will be holding an event to remember the event, where young Sami children will sing a song of reflection taught by an elder.

"It's time for us to memorise what happened, to talk to each more personally and to understand more what happened to our people, nature, culture," she told SBS News.

Ms Omma believes the resilience of Sami people has helped them survive.

"We have adapted to the changing environment that we are living in and is maybe one reason why we have survived in a modern society." 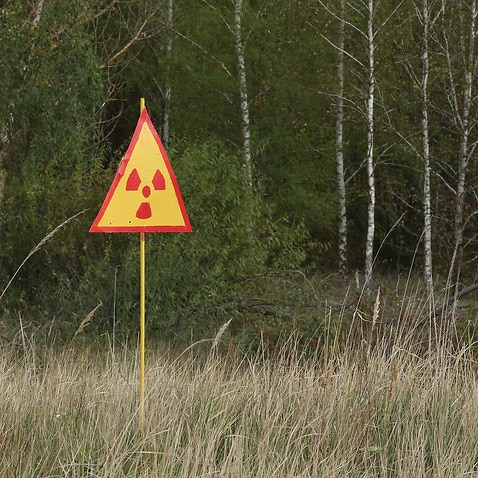