The San Francisco Board of Supervisors has unanimously approved a resolution this week declaring the National Rifle Association a domestic terrorist organisation.

Unsettled by recent mass shootings across the nation, the San Francisco Board of Supervisors unanimously approved a resolution this week declaring the National Rifle Association a domestic terrorist organisation.

The resolution was introduced by Supervisor Catherine Stefani on 30 July, two days after a shooting at a garlic festival in Gilroy, California, in which three people were killed and more than a dozen injured.

Before the resolution was put to a vote on Tuesday, Ms Stefani spoke about the “carnage across this country,” also citing mass shootings last month in El Paso and Dayton, Ohio, and near Odessa, Texas. 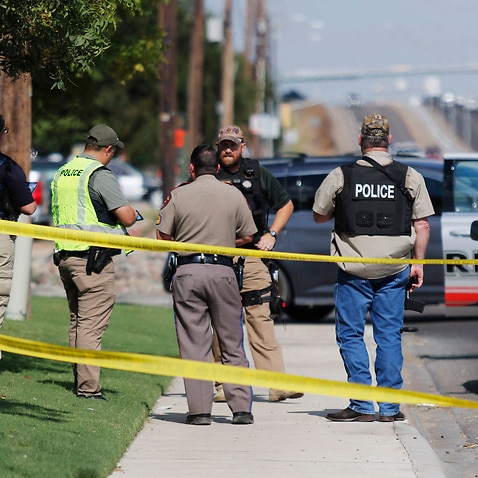 “The NRA exists to spread pro-gun propaganda and put weapons in the hands of those who would harm and terrorize us,” Ms Stefani said in a statement.

“Nobody has done more to fan the flames of gun violence than the NRA.”

While the resolution has no practical effect, Ms Stefani said on Wednesday, “I firmly believe that words matter, and I think this is a step in fighting the negative impact of the NRA.”

The NRA saw the action as a publicity stunt.

“This is just another worthless and disgusting ‘sound-bite remedy’ to the violence epidemic gripping our nation,” Amy Hunter, a spokeswoman for the association, said in a statement Wednesday.

“This is a reckless assault on a law-abiding organisation, its members, and the freedoms they all stand for. We remain undeterred, guided by our values and belief in those who want to find real solutions to gun violence.”

There are real victims of terrorism – ask those who lost someone in 9/11. @NRA is the fabric of American society. We are teachers, doctors, cops, and everyone who fights for America's freedoms. San Fran should be ashamed.@NRA members: Show them who you are!

This week the San Francisco Board of Supervisors voted to declare the NRA a “terrorist organization.” Yes. More of this. Since the Columbine massacre in 1999, the number of gun deaths in the US (that’s Americans killing Americans)— it’s as if 9/11 has now happened 160 more times.

The NRA also responded on Twitter, saying that it was “the fabric of American society” and “San Fran should be ashamed.” The post included a video of Wayne LaPierre, the organisation’s chief executive, calling on NRA members to stand up as Americans.

In a news release on Wednesday, Ms Stefani referred to the federal Justice Department’s definition of terrorist activity, which involves the use of a firearm, weapon or dangerous device to endanger the safety of individuals. The definition also includes members of organisations that provide funds, weapons or training to individuals who commit terrorist acts.

The gun homicide rate in the United States is 25 times higher than any other high-income country and the gun ownership rate is two times higher, Ms Stefani said. With 393 million guns in this country, there are more guns than people, she added.

“Every country on Earth has video games, movies and mental health issues, and yet only the US has gun violence at elementary schools, at the movies, at Walmart,” Ms Stefani said. “The difference is guns. No other country has so many assault rifles on their streets.”

In August alone, 53 people died in mass shootings, including 22 in El Paso; nine in Dayton; and seven near Odessa. The Justice Department defines a mass killing as three or more deaths in a single episode, excluding the death of a gunman.