The 18-year-old Saudi woman who fled her family saying she feared for her life has been granted asylum in Canada.

Questions are emerging about why Australia seemingly dragged its feet in assessing Saudi teen Rahaf al-Qunun’s asylum claim, while Canada granted her asylum in just a day.

The 18-year-old fled her family, saying she feared for her life. Her case made international headlines after she barricaded herself in a Bangkok airport hotel to ensure she would not be returned to her homeland. 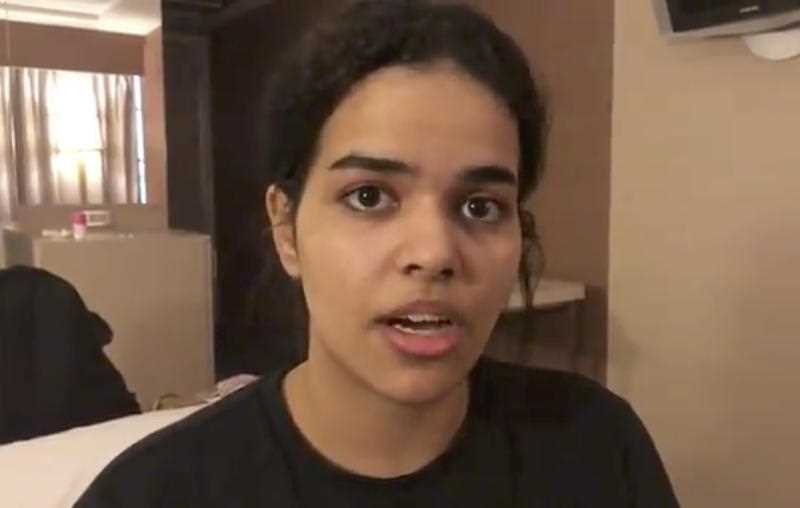 Rahaf Mohammed Al-Qunun is on her way to Canada.
AAP

"That is something that we are pleased to do because Canada is a country that understands how important it is to stand up for human rights and to stand up for woman's rights around the world and I can confirm that we have accepted the UN's request," Mr Trudeau said.

The Saudi teen had intended to seek sanctuary in Australia and even went to the Australian embassy in Bangkok on Wednesday to complete a visa application.

But she told SBS News the process was taking too long and she feared for her life because her father and brother were in Thailand.

“Yes, toooooo long,” she responded to SBS News, when asked about the length of time.

The Australia government has been savaged on social media over its perceived inaction. The teen told SBS News she feared for her life if she stayed in Thailand.
SBS News

“I am so happy she finally is going to a safe home. I’m disappointed Australia didn’t step up though. I’m ashamed,” Australian makeup artist Chloe Morello, who is also friends with Ms Qunun, tweeted.

I am so happy she finally is going to a safe home. I’m disappointed Australia didn’t step up though. I’m ashamed😪 https://t.co/pdZ6liZKIL

The UNHCR, the UN Refugee Agency, had raised concerns about Ms Qunun’s security the longer she remained in Bangkok - leading her to be taken to the Canadian embassy on Friday where her visa was processed within several hours.

"The social media aspect obviously draws our attention to it, but one way that it could contribute to the situation – is by, in fact, increasing the risk," University of NSW Centre for International Refugee Law’s Dr Tamara Wood told the ABC.

"It’s very hard to provide protection in a place like Thailand when someone has become so recognisable. "So that could be a basis for the very quick response that we’ve seen in this case."

The teen, who live tweeted her ordeal, had received numerous death threats via social media and closed her Twitter account on Friday.

"Rahaf received death threats and for this reason she closed her Twitter account, please save Rahaf life," tweeted supporter @nourahfa313, who has flanked Rahaf's social media campaign with her own updates on Twitter.

Rahaf received death threats and for this reason she closed her Twitter account , please save Rahaf life .#saverahaf

She was repeatedly attacked on social media for "shaming her family" and renouncing Islam and last week told SBS News she feared she would be murdered like Saudi journalist Jamal Khashoggi.

"She still refuses to meet with her father and brother, and they are going to be travelling back tonight as well … they are disappointed."

"We have always said we have got to follow due process. And we moved quickly and followed due process,” he told reporters on Saturday. “That is what Australians would expect us to do. But we have said: 'yes, we will look at this, we will move quickly'.

"It has been 48 hours. Obviously the Canadians have stepped in and I welcome the outcome that she will be safe."

The UNHCR has welcomed Canada’s decision to offer international protection to  Ms Qunun.

“Ms al-Qunun’s plight has captured the world’s attention over the past few days, providing a glimpse into the precarious situation of millions of refugees worldwide,” UN High Commissioner for Refugees Filippo Grandis said.

“Refugee protection today is often under threat and cannot always be assured, but in this instance international refugee law and overriding values of humanity have prevailed.”

Mr Grandis said that with political sentiment and public attitudes towards refugees hardening in many countries, it was refreshing to see the Saudi teen’s case dealt with on a fast-track ‘emergency’ basis.

Ms Qunun told SBS News she was "so happy and excited" to start a new life in Canada.

She's already been welcomed by the country's Muslim community, with one woman offering support via Twitter.

"When your family threatens to kill you, then disowns and discards you, it’s a wound that never heals," Yasmine Mohammed tweeted.

When your family threatens to kill you, then disowns and discards you, it’s a wound that never heals, Ive learned

But I will be @rahaf84427714’s new family now, as will so many other loving Canadians

Use this hashtag to make her feel welcomed and loved!#WelcomeHomeRahaf❤️🇨🇦❤️

#WelcomeHomeRahaf welcome to Canada where freedom of speech & freedom of religion is tolerated. I wish you success in all your future endeavors. @rahaf84427714 pic.twitter.com/maUnHhC5I7

"But I will be @rahaf84427714’s new family now, as will so many other loving Canadians Use this hashtag to make her feel welcomed and loved! #WelcomeHomeRahaf."

Dozens of users have already tweeted their support of the Saudi teen.