Free pads and tampons will be available to girls at Victoria's state schools next year as part of a $20 million government program and election promise.

Girls at Victorian state schools will be able to get free pads and tampons on campus from next year.

The $20.7 million scheme is being rolled out this week, with the sanitary items to be made available in every public primary, secondary and specialist school by the middle of next year.

Girls at one of the first campuses to get the pads and tampons, University High School at Parkville in Melbourne's inner-north, say it'll make a big difference. "If, unexpectedly, we do get our period, it's really good to have the resources necessary so we can deal with this and move on our life," one year eight student who did not want to be named said.

"We don't want our period to be stopping us from doing the rest of our actives, like sport and school." 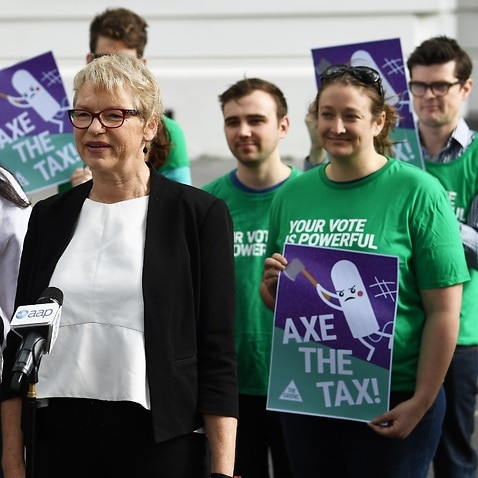 'Unfair' tampon tax to be scrapped across Australia after approval from states, territories

Schools will also get free bins for sanitary products under the program.

The funding of $20.7 million is spread over four years.

"This is about dignity, it's about inclusivity."