Australian scientists and researchers are a "good bet" and will help carve a path to a decarbonised economy, Scott Morrison tells COP26. 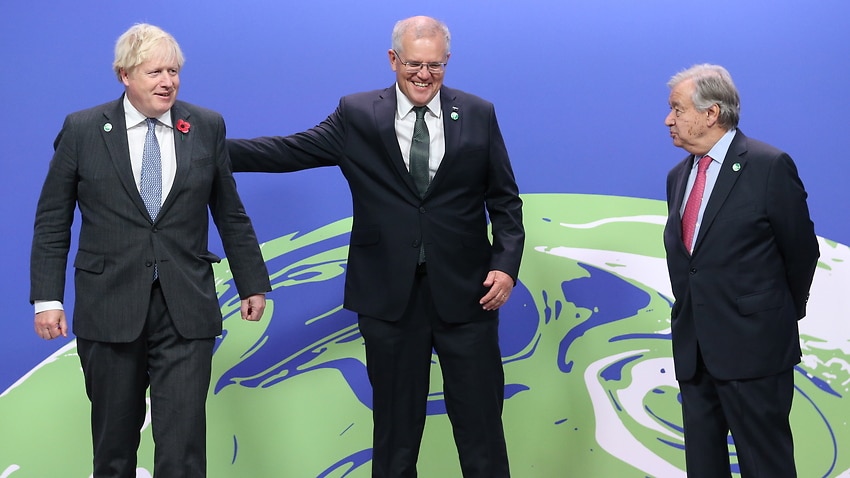 It will be scientists, not politicians, who come up with the solution to climate change, Prime Minister Scott Morrison has told assembled world leaders at COP26.

They will be the people to come up with the real solutions to climate change, much like they did with the global pandemic, the prime minister said.

"The challenge of combating climate change will be met the same way, and it will be met by people who frankly are largely not in this room," Mr Morrison told the summit in Glasgow on Monday.

"It will be our scientists, our technologists, our engineers, our entrepreneurs, our industrialists and our financiers that will actually chart the path to net zero and it is up to us as leaders of governments to back them in."

Global momentum to tackle climate change is building and Australia's best and brightest are at the ready, he said.

"The Australian way is to bet on them and we think that's a good bet," he said.

Driving the emergence of low emission technologies and encouraging their adoption was at the heart of Australia's plan to reach net zero by 2050, Mr Morrison said.

But he said it was important to do so in such a way not to deny people their livelihoods or the opportunity for a better quality of life - especially those in developing nations.

"Cleaner technology solutions must out-compete existing technologies if they are to be successful everywhere," he said.

"Raising the cost of energy just impacts on those who can afford it least."

Earlier on Monday, Mr Morrison announced an additional $500 million in climate financial aid to our Pacific and South East Asian neighbours, bringing our total commitment to $2 billion over the next five years.

Australia has joined with the likes of the UK, US and Canada in doubling what it committed in the 2015 to 2020 period.

"Australia meets and beats our commitments," he told the summit.

Australia has already reduced emissions by more than 20 per cent since 2005 and we are on target to fall by 35 per cent by 2030, far exceeding our 2015 Paris climate agreement, he said.