The Adani coal mine is set to receive a decision from the Queensland government on its groundwater management plan later this week.

A group of water scientists say one of the world's last unspoiled desert oases risks extinction under the groundwater management plan for the Adani mine.

A review of the plan by seven scientists has concluded that the Adani mine risks permanently drying up the ancient Doongmabulla Springs which is south-west of the mine.

The group is urging both Adani and the Queensland government to take more time to improve its groundwater management plan to better mitigate against the risk of drying up the spring. 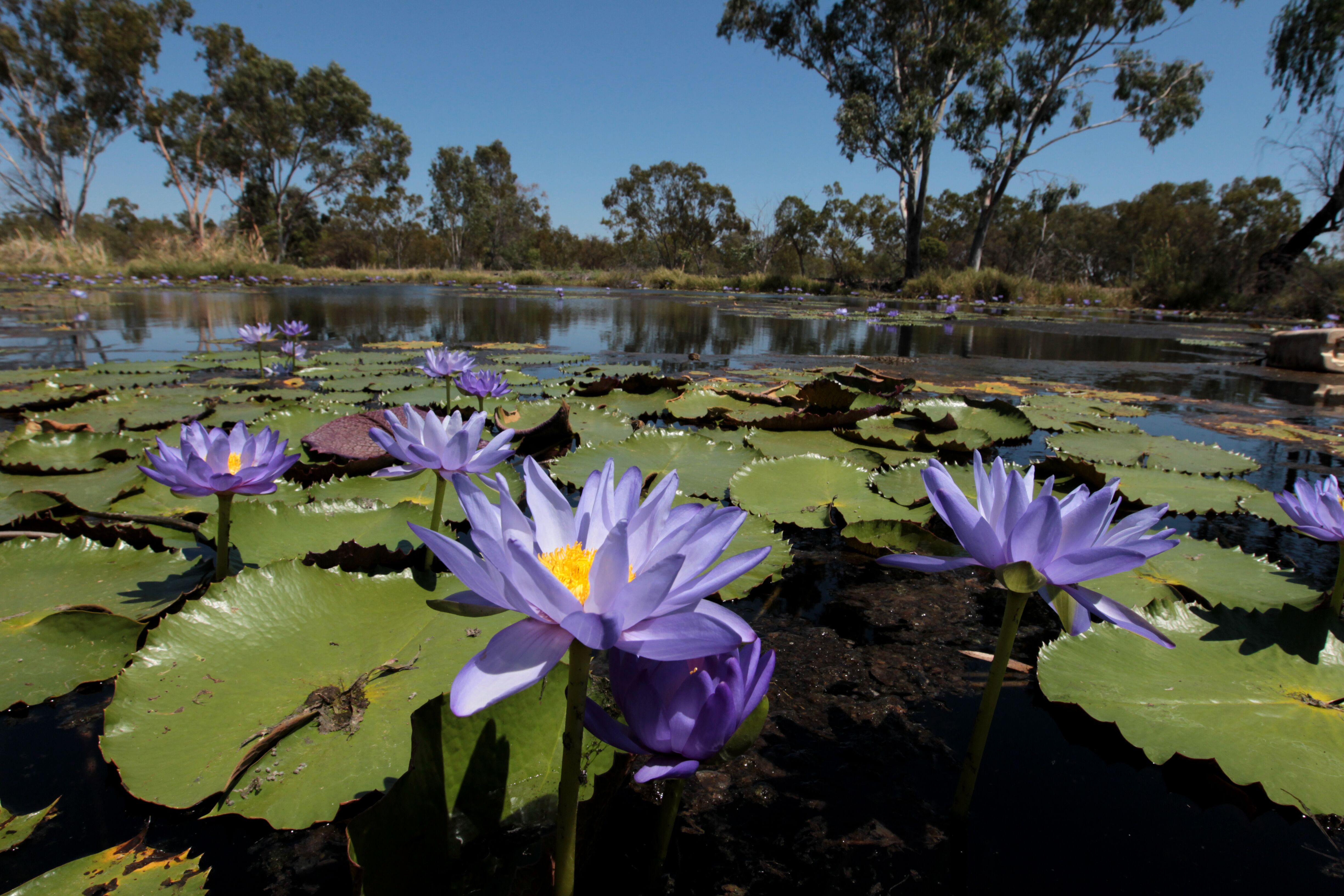 “We conclude that the DSC (Doongmabulla Springs Complex) faces a legitimate threat of extinction due to the Carmichael Mine project,” the review concludes.

The Queensland Department of Environment and Science is due to hand down its decision on the groundwater management plan on Thursday, the final regulatory hurdle for the Adani mine.

The groundwater plan is being assessed for whether adequate protections are in place to manage the impacts on the artesian basin water supplies to springs in the vicinity of the mine.

The department needs to be satisfied that the mining project would have a limited impact on bore water rising from the springs - no more than 20cm.

“The scientific basis needs to be improved. And we all need to be much better convinced that Adani can actually protect these springs from extinction,” he said. The wetland is home to 173 native plants and 86 different species of animals, including the squatter pigeon.
Supplied/Dean Sewell

A real risk of extinction

The spring provides water to a number of endangered plants such as the blue devil herb and salt pipewort herb. Vulnerable animals include the greater bilby and the koala.

The review found that the safeguards in the latest Adani groundwater management plan are “unsuitable and unlikely to protect the DSC from severe degradation or cessation of flow”.

Possible cumulative impacts from mining activities in the Galilee Basin in Queensland “have not been adequately considered”.

The review cited a “strong possibility” of irreversibility in the event of the spring drying up under Adani’s plan to drain litres of groundwater annually for the mine.

Associate professor Currell said he and two other authors of the review had concluded that the risk of spring drying up is a very real concern.

“We are of the opinion that there is an eight out of 10 chance that the Doongmabulla Springs will be extinct under the current plans that Adani have put forward.”

He said there are particular concerns around Adani’s claim that the geology would protect the springs from the mine site through an “impermeable layer” between the two.

“Now the data we have seen doesn't agree with that. We think they're making a huge assumption that is really rolling the dice with those springs.”

Another concern is with the lack of detail in a protocol to deal with a scenario where the impact of mining is greater than envisioned by Adani.

“The plan that they have is very vague. It is light on in detail. We really can't access with any confidence whether Adani is actually going to be able to stop these springs going extinct if there is an impact greater than what they currently believe.”

Source of springs in question

The CSIRO in its February 2019 report stated reservations about Adani’s previous groundwater management plans and the inability of Adani to identify the source of the ancient springs.

Without identifying the source of the springs, the assumption that different sources would supply the water source gives a more positive assessment of the capacity to withstand the impacts of the mine’s demands.

Associate Professor Currell said the modelling needs to be redone.

“First of all, we need better science so we can better understand how these springs might be affected.

“That needs to happen before mining starts because it could well be that fairly early in the piece - earlier than expected - that the mining has a detrimental impact on the springs.” 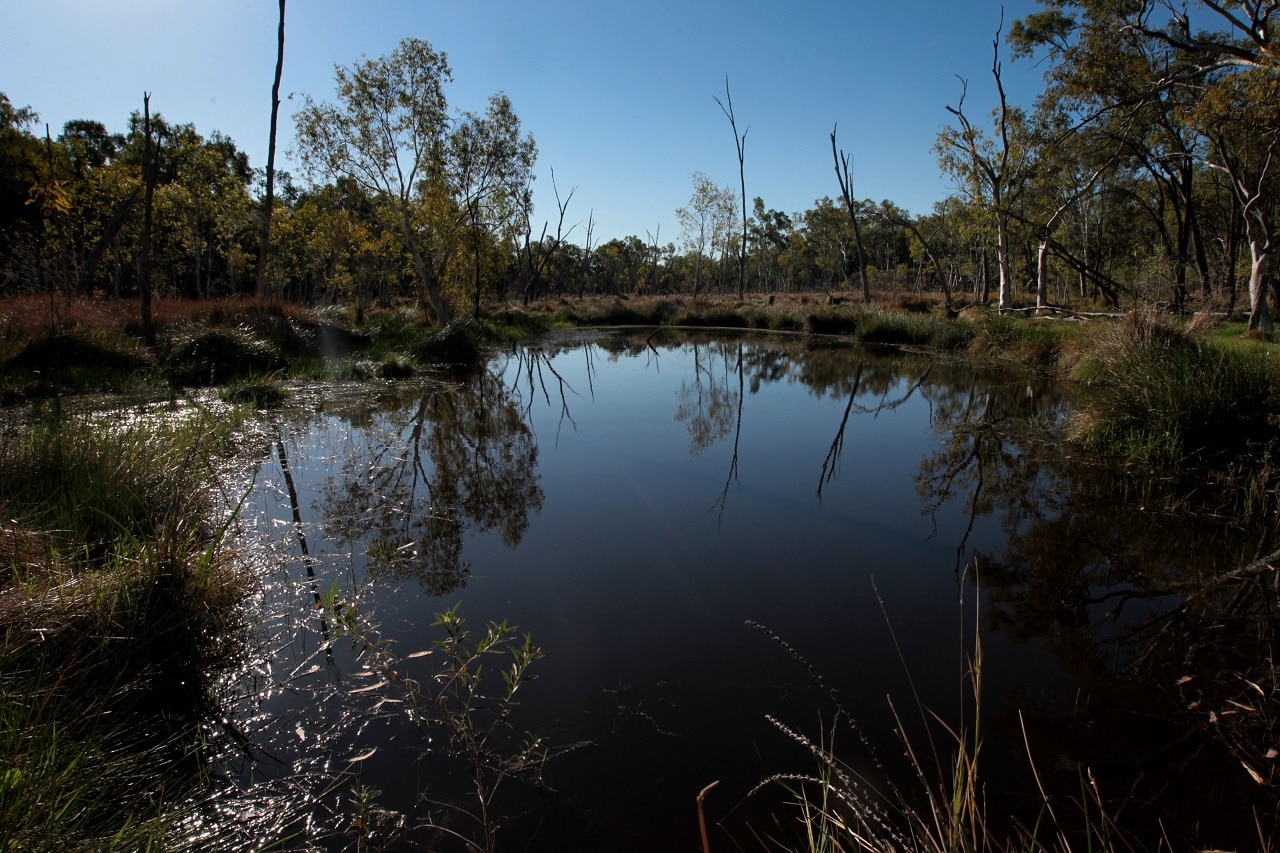 An Adani spokesperson said the company had been working closely with the state department to resolve any concerns about its groundwater management plan.

The spokesperson said it has addressed the limitations with its latest, eleventh plan submitted to the department.

Adani Mining chief executive Lucas Dow said last month that he felt confident the concerns around the groundwater impacts could be resolved.

“Obviously we are working through to finalise the groundwater dependent ecosystem management plan with the Department of Environment and Science,” he said.

“All things boding well, we should be away in weeks."

The Queensland government on 31 May approved the Adani mine’s plan to manage the impacts of mining on the endangered black-throated finch.

Adani however, still faces logistical hurdles including the development of a rail line, finance and insurance.

Mr Dow has insisted the project is organised to be “self-funded” to cover the costs of the mine and rail, meaning no government funds will be required to get the project up and running once the groundwater plan is approved.

Adani revised the parameters for the mine’s output last year, saying the project would be downsized to produce 10 million tonnes per annum initially before ramping up to 27.5 million tonnes – less than half the size initially proposed.