The international diplomat tasked with saving the world’s oceans says Australia has “missed what this whole fight is about”.

The United Nations Secretary-General’s Special Envoy for the Ocean says the environmental policies lauded by Scott Morrison in his address to the UN General Assembly fail to combat “the real, big enemy” to the health of the world’s oceans - and the lives and economies that rely on them.

“It’s unequivocal - our very existence as a species on this planet is under threat”, Peter Thomson told SBS News at the United Nations Headquarters in New York. “The most pernicious thing happening in our oceans are the acidification, the oxygenation and the warming.

“The common enemy in those three trends is greenhouse gas emissions.

“So, controlling our greenhouse gas emissions is what this whole fight is about.” On Thursday, in his first address to the United Nations, the Prime Minister defended Australia’s emissions reduction target of between 26 to 28 per cent on 2005 levels by 2030.

“Australia is doing our bit on climate change and we reject any suggestion to the contrary”, Mr Morrison said, arguing that rather than more ambitious emissions targets, protecting oceans was “one of the world’s more pressing environmental challenges”.

The Climate Council immediately dismissed the Prime Minister’s claims as “colossal bullshit” arguing the government’s own data shows Australia’s emissions are increasing, are the highest per capita in the developed world and when coupled with emissions generated from fossil fuel exports, equate to the fifth-highest level in the world. 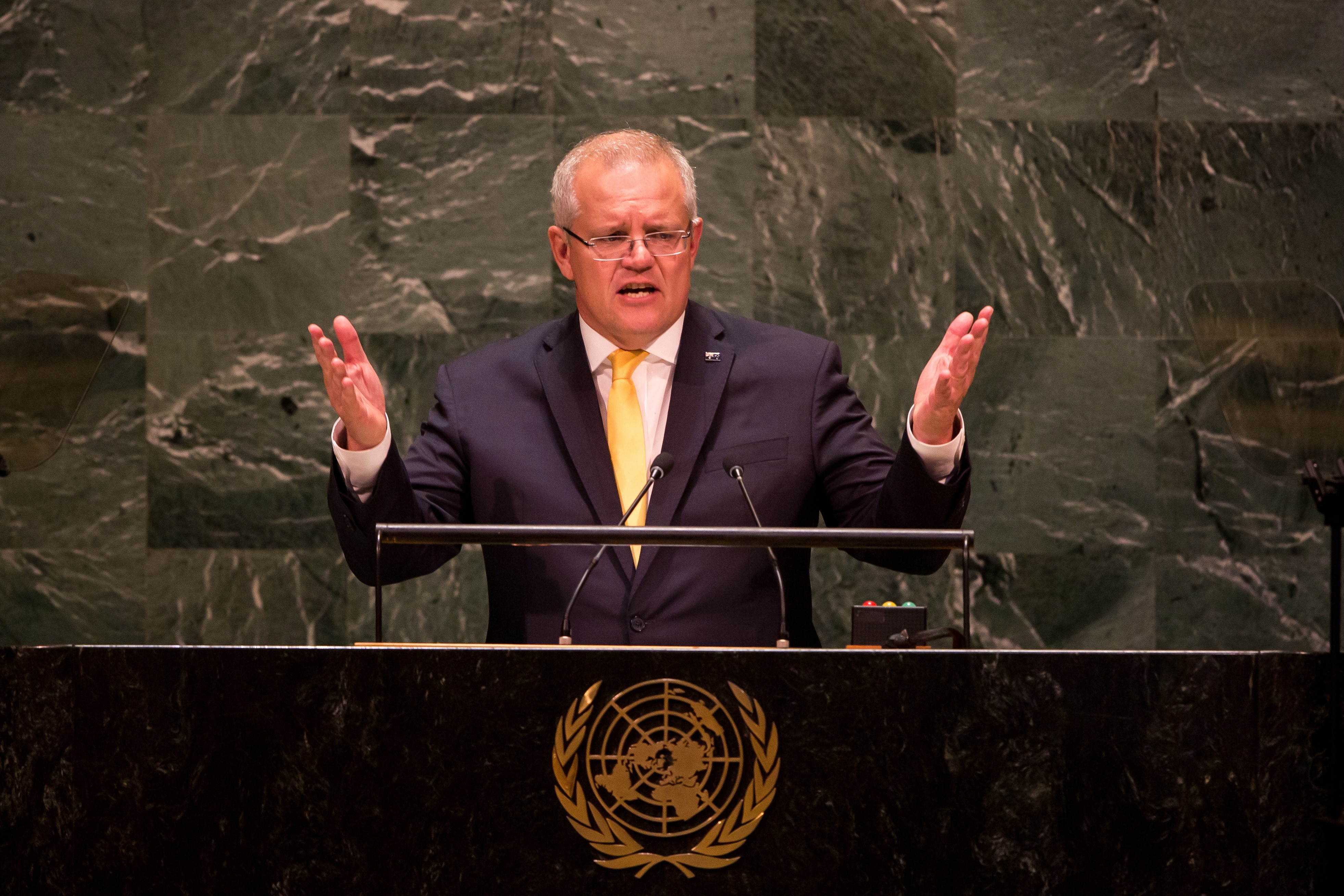 “Yes plastic, yes harmful fisheries - we must get those under control - but the real, big enemy is greenhouse gas emissions and we’ve got to get to that net-zero by 2050”, Mr Thomson told SBS News.

Asked if that meant Australia’s actions would only be effective when coupled with a further reduction in emissions, Mr Thomson told SBS News, “of course it does.”

Fiji’s former Consul General in Sydney said he wasn’t willing to contemplate a future where Australia and others nations had not signed on to the more ambitious 2050 target, which has long been demanded by Pacific Island and Small Island Developing States.

My question to @ScottMorrisonMP about @FijiPM’s calls for nations to commit to net zero emissions by 2050 #UNGA #Pacific @SBSNews pic.twitter.com/e9UZ1BHc8j

“There are a few recalcitrant countries - and people - but the great majority of people realise now is the time to act," Mr Thomson said.

“From what science has told us - so clearly - coral is going to be completely dead at a little bit beyond a 2-degree temperature increase.”

“Imagine a world without coral?” “For Pacific Island countries it’s unthinkable, but the predicament is that we’re heading towards a 3 to 4-degree increase now because of selfish people wanting to continue to burn greenhouse gases.”

“Fossil fuels (should) remain in the ground, (and) renewable energy is the way that we should be going forward.”

“Are you saying it’s fake news, Prime Minister?” - my question to @ScottMorrisonMP at #UNGA @SBSNews https://t.co/xQF5mw5RZb

The UN’s Special Envoy for the Ocean has welcomed Australia’s announcements around reducing plastics in oceans, which scientists estimate will exceed the weight of fish by 2050.

“It’s not just Australians, everyone should be very worried about what is happening with our oceans," he said.

“We’re at the frontline in the Pacific.”

“We could see that our reefs were dying, that our fish were migrating elsewhere, we could see this plastic washing in from all over the place, so it was obvious that we had to take the fight up.

“And it has a profound impact on the whole of humanity.”