Dumped by Rugby Australia after claiming homosexuals would go to hell, Folau has doubled down in a video sermon posted to the Truth of Jesus Christ Church Sydney. 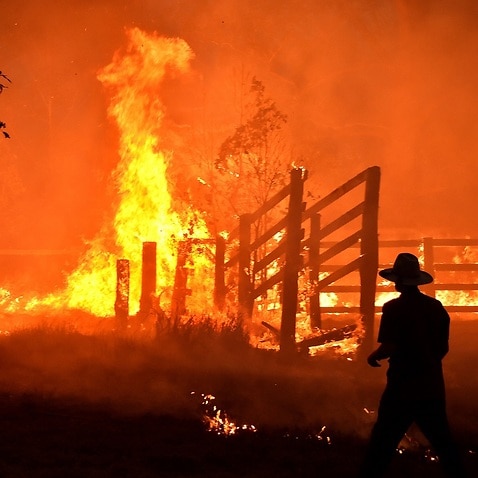 The Prime Minister is also a practising Christian but stressed Folau's comments were not representative of his community.

"The thoughts and prayers, let me stress, from Christians, are very much with those who are suffering under the terrible burden of fire," Mr Morrison told reporters in Adelaide on Monday.

"I thought these were appallingly insensitive comments.

"If people don't have something sensible and helpful to say, can you just keep it to yourself?" 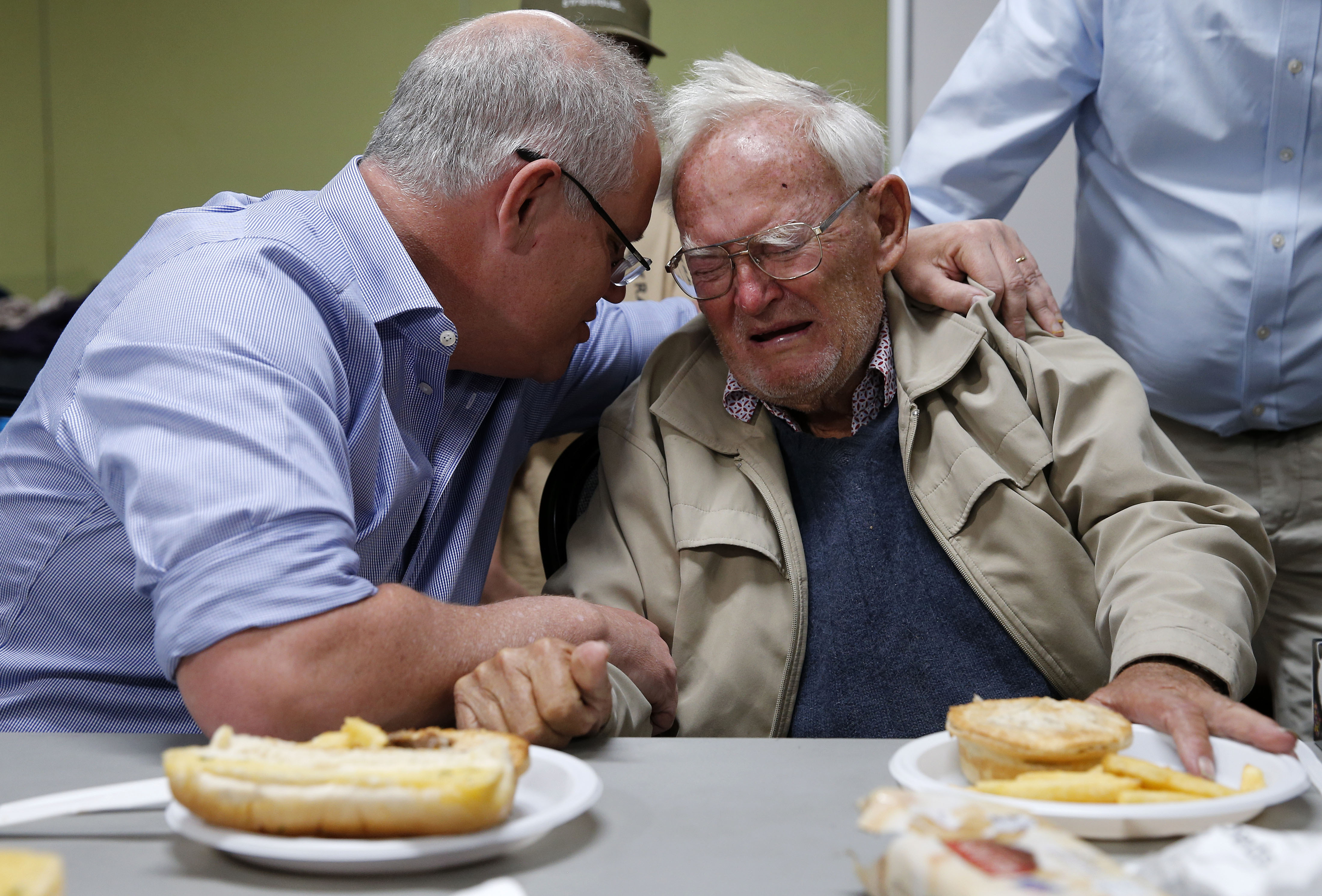 Mr Albanese said Folau had a history of making provocative comments and that it was incumbent on people with "common-sense" to reject them.

"His comments are in line with some of his other comments which are pretty reprehensible," Mr Albanese told Sky News on Monday.

"It would good if people thought before they spoke. These comments certainly won't bring anything positive or constructive to the debate." 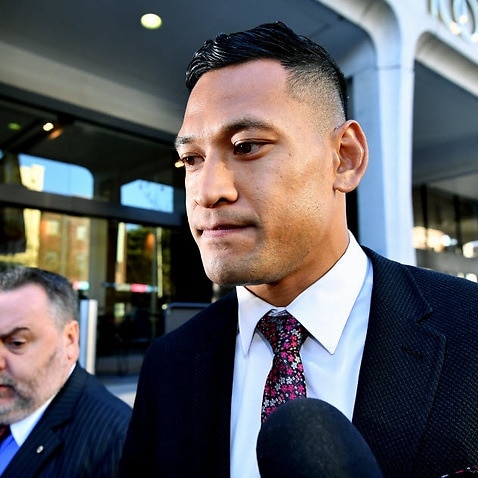 Nationals backbencher Barnaby Joyce said it was pointless to engage with Folau.

"He throws rocks at us so he feels good, we throw rocks back at him so we feel good ... but not one of those actions is making a sandwich for a person fighting the fires," Mr Joyce told the Seven Network.

"Not one of those actions is actually in a fire truck trying to stop these fires. Israel can concentrate on what he wants to say and I don't really care and we'll concentrate on the fire."

'Not reflective of God's wishes'

Anglican Archdeacon for Justice, Rod Bower, said the comments were "incredibly damaging and not reflective of God's wishes."

"It is a vulnerable situation and for the young people in the LGBTIQ community, being linked with this (bushfire) catastrophe, this is unbelievably irresponsible."

Radio host Alan Jones, a long-time Folau supporter, urged him to "button up" on his Monday morning 2GB program.

“Israel is a lovely human being, I know him well. Israel, button up,” Jones said. 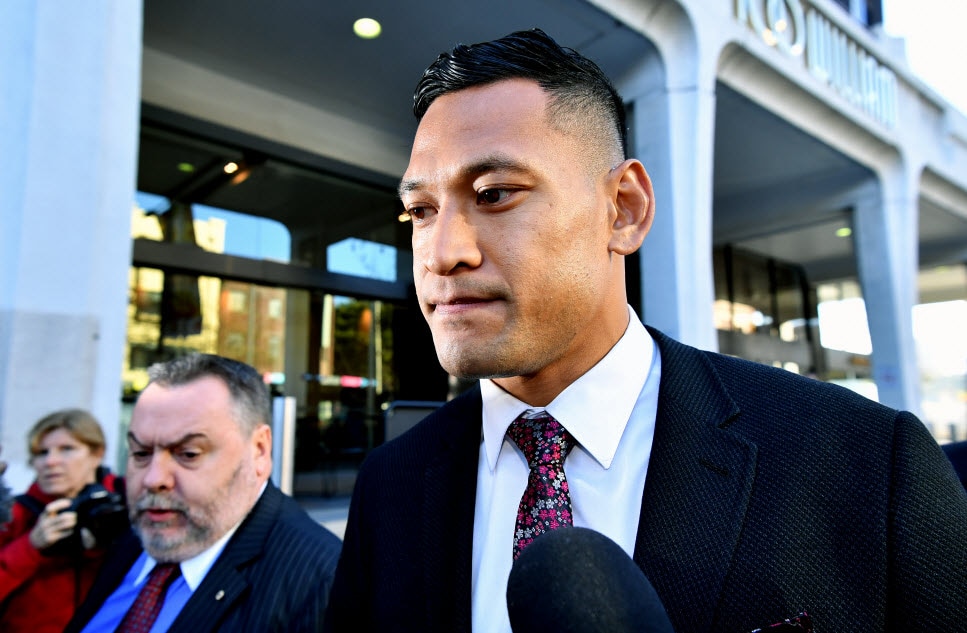 During the 10-minute recording, Folau said the timing of the bushfire crisis, which has left six Australians dead, was no coincidence, but only a taste of God's judgment.

"I've been looking around at the events that's been happening in Australia, this past couple of weeks, with all the natural disasters, the bushfires and the droughts," he said.

Folau then linked a bible passage to the twin disasters of bushfire and drought and, in turn, the legalising of same-sex marriage and abortion.

"The events that have happened here in Australia, in the last couple of years - God's word says for a man and a woman to be together ... they've come and changed this law," he said.

Folau said he believed the scripture was talking to Australia.

"Look how rapid these bushfires these droughts, all these things have come in a short period of time. Do you think it's a coincidence or not?"

"God is speaking to you guys. Australia you need to repent and take these laws and turn it back to what is right."

Independent MP for Sydney Alex Greenwich, who most recently brought the abortion bill before the NSW Parliament, and was one of the key proponents of marriage equality legislation, said Folau's comments should prompt the Morrison government to drop the religious freedom laws.

"Folau using the tragedy of the bushfires to get attention and cause further harm, should be all the Morrison Government needs to drop their unnecessary and unworkable “religious freedoms” laws", he said on Twitter. Folau said his sermon "came from love" but it has been condemned by members of the Christian community, including Reverend Peter Kurti, an adjunct professor at Notre Dame University.

Speaking with Sky News, Mr Kurti said the former athlete had a right to free speech even when it was "offensive and wrong". “Sermons don’t lend themselves to quick soundbites, and the media’s attempts to paraphrase a sermon has caused some unnecessary angst,” ACL Managing Director Martyn Iles said.

“For one thing, Israel did not claim to know that the current bushfires are God’s direct judgement for same-sex marriage.”

“Nobody knows God’s mind, nor do they understand ultimately why bad things happen,” he added.

The ACL said it is calling on Australians "to pray for our nation and to help those who are doing it tough, including victims, firefighters and their communities".

The controversy which saw Folau's $4 million contract torn up in April was the dual international's second run-in with Rugby Australia after being reprimanded for a similar social media post in 2018.

'A trial like no other': Bradley Robert Edwards found guilty of two Claremont murders, not guilty of third