Prime Minister Scott Morrison has cautioned against raising the anxiety of children over the ‘very real issues’ of climate change concerns.

The 16-year-old Swedish activist warned of an impending extinction at a UN climate summit in New York on Monday and questioned leaders for failing to tack emissions asking: “How dare you?”

But speaking from New York, Prime Minister Morrison cautioned against imposing “needless anxiety” on children when dealing with the concerns of climate change.

“We have got to caution against raising the anxieties of children,” he said.

“But I do understand that people do feel strongly about this.”

"I want children growing up in Australia to feel positive about their future.'

Mr Morrison did not attend the UN climate summit in New York despite being on a tour of the US, instead sending Foreign Minister Marise Payne in his place.

But he is now in the Big Apple for the UN’s General Assembly meeting, where he defended Australia’s response to curbing greenhouse gas emissions.

“I think there’s a lot of disinformation out there about frankly what Australia is doing,” he told reporters.

“The fact that we meet the targets that we set, and in fact we exceed them.”

The UN climate summit was called by UN Secretary General Antonio Guterres to refocus attention on global warming and a Paris agreement between 66 countries to achieve carbon neutrality by 2050.

The Morrison government has persistently argued it is on track to reduce greenhouse gas emission in line with these targets, which is a 26 to 28 per cent reduction on 2005 levels by 2030.

Mr Morrison said he would outline Australia’s action on climate change in a national statement at the UN General Assembly tomorrow.

“It often comes to news to people when I share with them that Australia has the highest per capita investment in renewable energy of any country in the world.”

Mr Morrison cited “deep conversations” with his 10 and 12-year-old daughters over climate change concerns saying he still wanted “kids to be kids”.

“I encourage them to have a passionate independent view about how they see the world.”

“[But] the worst thing, I would impose on any child is “needless” anxiety." 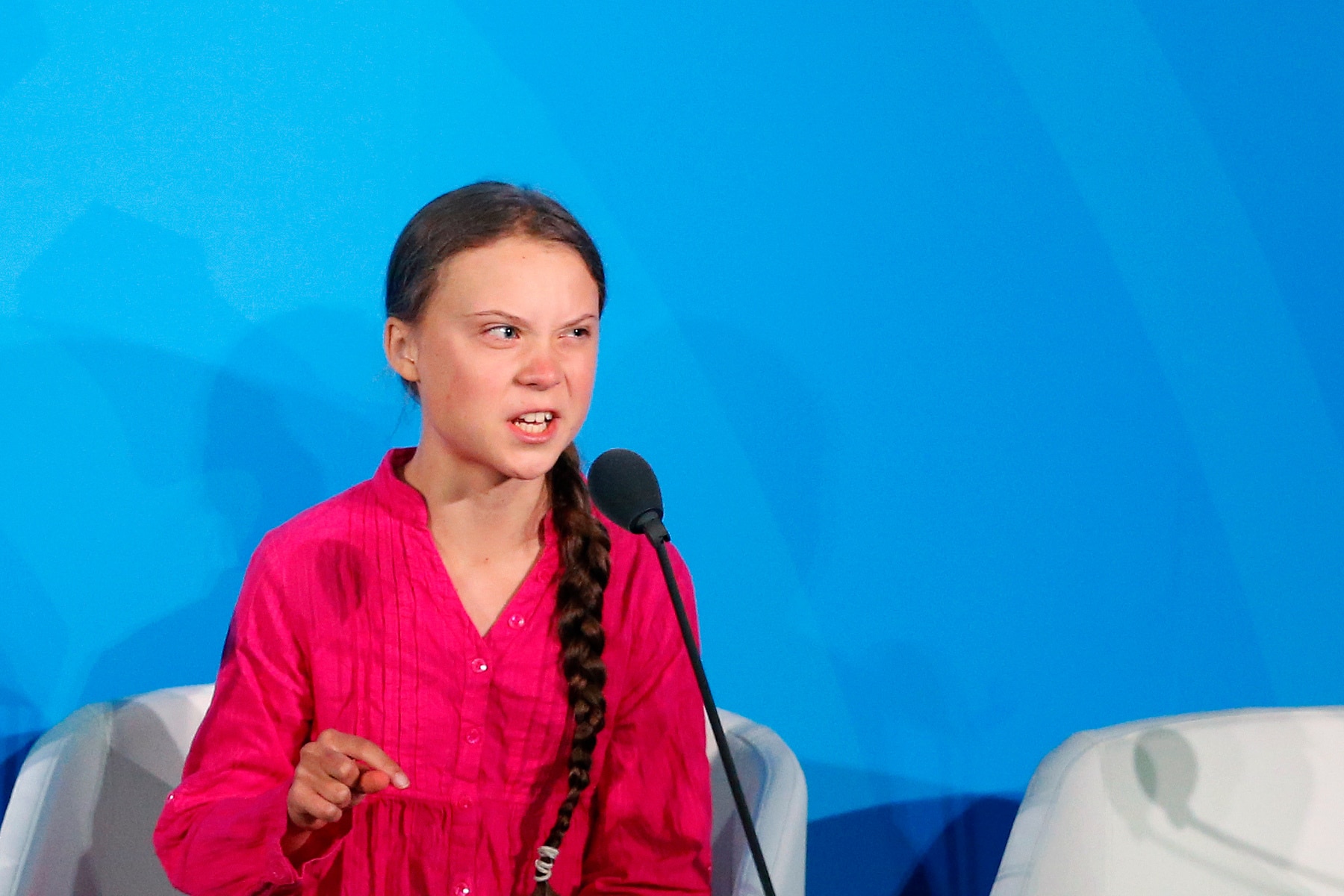 In her impassioned speech to the UN Climate Summit Ms Thunberg said a failure of world leaders to tackle global warming emissions had stolen her childhood.

“You have stolen my dreams and my childhood with your empty words,” she said.

“I shouldn’t be here. I should be at school on the other side of the ocean.”

Mr Morrison said concerns over global warming should be viewed with perspective.

“But they also have the context and perspective … and that we do not create an anxiety amongst children in how we talk about these very real issues.”