In a departure from his usual tough-on-borders rhetoric, Prime Minister Scott Morrison says he has cried ‘on his knees’ for the plight of asylum seekers held offshore.

Prime Minister Scott Morrison says he has cried “on his knees” over the plight of young asylum seekers held in Australian offshore processing centres on Nauru, in his most sympathetic public remarks on the issue to date.

Speaking at a lunch organised by suicide prevention service Lifeline, Mr Morrison said he had prayed for the children still on Nauru, confirming there were still just over 30 on the Pacific island. Prime Minister Scott Morrison tried to show his softer side during a Lifeline event in Sydney.
AAP

He said border security was a “moral burden” and said the issues were not “easy”. “I can understand that people who have a very different view to mine are motivated by the purest of motives. All I ask is that they might give the same benefit of the doubt to those with whom they might disagree with.” 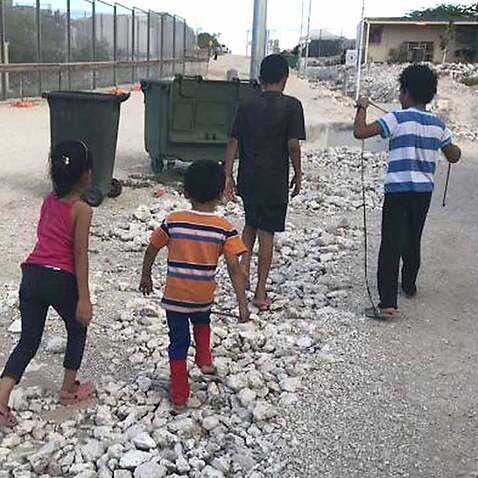 The government has been quietly fling the children of asylum seekers and refugees held on Nauru to Australia for medical treatment, but insists they will not be allowed to settle in the country permanently.

They will either be returned to Nauru or settled in the United States.