Political experts and the opposition say the prime minister's structural changes may be a step in the right direction, but they speak of damage control not policy development.

Prime Minister Scott Morrison has put women front and centre of his cabinet reshuffle, but critics fear the move is about damage control not policy development and say changes come through actions, not words.

The changes announced on Monday come in the wake of wide-reaching criticism over the way women are treated both in Canberra and across the country, and attempt to address a PR disaster caused by a series of sexual assault scandals in Parliament House.

Social Services Minister Anne Ruston has been given the new portfolio of Women’s Safety, while Jane Hume, who's currently the Minister for Superannuation, Financial Services and the Digital Economy, will also take on a new position as Minister for Women's Economic Security. Meanwhile, Linda Reynolds has been given the National Disability Insurance Scheme (NDIS) and government services portfolio after sustained pressure over her handling of a rape allegation made by former Liberal staffer Brittany Higgins.

Attorney-General Christian Porter has been given the industry, science and technology portfolio following his decision to sue the ABC for its reporting of a historical rape accusation, which he strongly denies.

Mr Morrison says his move to instil more women in cabinet in no way addresses a “previous deficiency”. He says he “always wanted to ensure there’s a strong voice of women in my government”.

“What I’ve done today is put a structure in place in my government that I know can deliver the next set of responses and the broader policies and the outcomes that I know women are hankering for - demanding in fact, and rightfully so," he told media on Monday afternoon.

"You have to get your structures in place in a way that you think you can best deliver for that.

“I think what we’re announcing today … sets a new benchmark, a new ambition for our government and ensures that we infiltrate all aspects of government." In a world where women in parliament are hugely under-represented, Australia doesn’t rate highly.

In 2018, Australia ranked 48th for parliamentary gender diversity, according to the IPU.

Monday's shuffle may have placed more women in ministerial roles, but that doesn’t necessarily mean policies will change, the opposition says.

Leader of the Opposition Anthony Albanese says a reshuffle is simply that.

“Shuffling the deck won’t change the bad hand that the Morrison Government is dealing Australians,” he tweeted on Monday.

Shuffling the deck won’t change the bad hand that the Morrison Government is dealing Australians.

Shadow minister for women Tanya Plibersek echoed his suspicions. “Words matter, but actions matter more,” she said in a statement.

“Today’s announcements can’t be yet another political fix from a government that seems more concerned about itself than anybody else," she said.

"The Australian people want to see the prime minister take responsibility, and today’s cabinet reshuffle has failed to demonstrate that.” Action on women’s issues has been lacking, Ms Plibersek said, citing as examples the prime minister's inaction on reports on women's safety and recommendations from the sex discrimination commissioner to stop workplace sexual harassment, his abolition of the Family Court, his defunding of the National Family Violence Prevention Legal Services Forum and attempts to make women in crisis use their own superannuation accounts to be able to escape a violent relationship.

Labor Senator Kristina Keneally also played down the change, describing it as a "shuffle of deck chairs".

Shuffle the deck chairs all you want @ScottMorrisonMP - you lead a tired old government that has lost its way after eight long years in office.

Structural change ‘is not enough’

People will always be suspicious of the motivations around reactive rather than proactive changes, political commentators say.

Trish Bergin was the Head of the Office for Women from 2017 to 2019 and is now Co-Director of the 50/50 by 2030 Foundation, which fights for the equal representation of men and women in leadership and key decision making roles.

Ms Bergin described Monday's reshuffle as a “step in the right direction” but said structural change alone is not enough.

“You can do the structural change but unless you do the cultural change work within and really start to change behaviours, nothing will change," she told SBS News.

Ms Bergin used the 1984 Sex Discrimination Act as an analogy.

“There is still discrimination in the workplace ... which we see through the gender pay gap and the over-representation of women in lower paid jobs and in casual and part-time work," she said.

“Unless there's a shift in the attitudes of those people who are at the table and they start to really demand to look at gendered data .. it will be more of the same." From crisis to crisis and copping criticism: this was Australian politics in 2020

“He’s putting women forward who are able to follow their particular agendas, make it appear as though it is strong women in control but I don’t think underlying it, the policies have changed at all," he told SBS News.

"I don't think the boys at the back have changed at all. None of that has changed."

“This new position - to have a woman heading up a super ministry for women - is sending a message that everything will be fine because we have a person there working on it and they're working across portfolios," he said.

Mr Morrison and Ms Payne will co-chair a new Cabinet Taskforce attended by every women in the ministry that the prime minister says will “drive my government’s agenda, women’s economic security, women’s health and wellbeing”.

Mr Morrison describes the move as a “big change”. “Previous governments, previous cabinets have had a minister for women, who was expected to cover every single issue that relates to challenges comforting women in the government. I don’t think that, from experience, is a very constructive way to get outcomes and results," he said on Monday.

Ms Bergin, who describes the current Office for Women as “tiny”, says it's a relief that the women’s portfolio is no longer being recognised as “a side gig to a big portfolio like foreign affairs”.

Issues affecting women, she says, require a depth of analysis and the capability, expertise and involvement of all departments and portfolios.

“This wasn't being done,” she said, mainly because men in key positions “simply don't have the lived experience of issues affecting women”.

“That’s why it’s so important to go outside your realm and listen and seek the advice of experts and I don't think there's been an inclination from this government to engage on gender rights." Whether policies will change as a result of the reshuffle remains to be seen.

A Newspoll this week showed 52 per cent of Australian's see him as preferred prime minister.

This is surprising, says Mr Jackson, given the removal of JobKeeper, the government’s courting of big business and the controversial refugee policies. 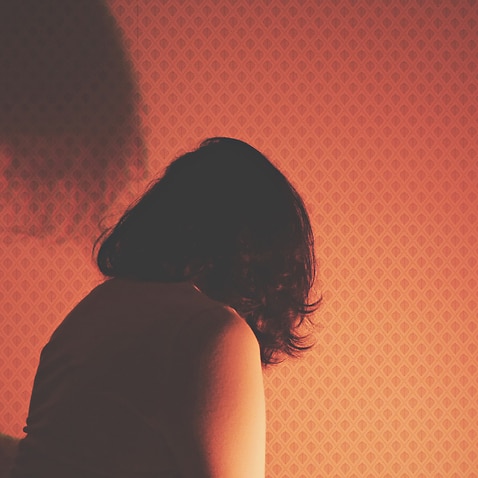 “He’s not really damaged," Mr Jackson said, which is down to the support of who Mr Morrison has termed "the quiet Australians" - those he thanked for this "miracle" election win in 2019.

“They’re not the most vocal supporters but they’re there in the suburbs ... I think they're enough to solve his PR problem. If the policies aren't causing a real distraction for him, if he's still able to push forward with his policy agenda, then I don’t think he is going to feel severely under pressure from the public."

Mr Morrison is putting a real focus on women at the moment but whether it has substance is another question, Dr Jackson adds.

"Will it actually raise - not just the profile - but the voice of women more clearly in cabinet? There are more women but will they address underlying issues within the next budget? Will it change anything? That’s a good question."