Prime Minister Scott Morrison says gay "conversion" therapy is not an issue for him as prime minister, and he has no intention of getting involved.

Prime Minister Scott Morrison says he will never become involved in any debate about so-called gay "conversion therapy", which has been discredited by psychiatrists across the world.

The prime minister was on Monday asked for his views about the practice first pushed by fundamentalist Christian churches in the US.

People should make their own choices about their lives. PM Scott Morrison has no intention of getting involved in the gay "conversion" therapy issue.
AAP

A coalition of survivors, churches and community advocates are urging the Morrison government to address the issue ahead of the next election.

Some 43,000 signatories to a survivor-led petition sent to Mr Morrison and Opposition Leader Bill Shorten called for greater powers for health and consumer watchdogs, tougher regulations on counsellors, and a public health and awareness campaign.

The PM's comments have angered some Twitter users, who have decried conversion therapy as "damaging".

The issue with conversion therapy is that it’s not just harmless quackery that people can choose to waste their money on, its incredibly damaging to people who access it. Direct correlation to greater mental illness.

The UN describes it as “torture”. https://t.co/r4MOyQpBiV

Proud to support this too.

Conversion therapy is a monstrous form of child abuse. Australia must join Brazil, Spain, Taiwan, Ecuador, Malta, Ontario, Manitoba, many US states and the Church of England in affirming this.

Labor has indicated it will crack down on the issue if the party wins government, and the Greens have long argued for reform.

"Conversion therapies and sexual orientation change efforts are harmful and can have fatal consequences. They must must be stamped out," Greens senator Janet Rice said on Monday.

"The basic premise of conversion therapy and sexual orientation change efforts is that LGBTIQ people can and must be changed, rather than being perfect and accepted for who they are." Earlier this year, Victorian Liberals president Michael Kroger stepped in to stop a motion on gay "conversion" being debated at the party's state council.

A branch of the Young Liberals called for the law to be changed to ensure doctors "can offer counselling out of same-sex attraction or gender transitioning". 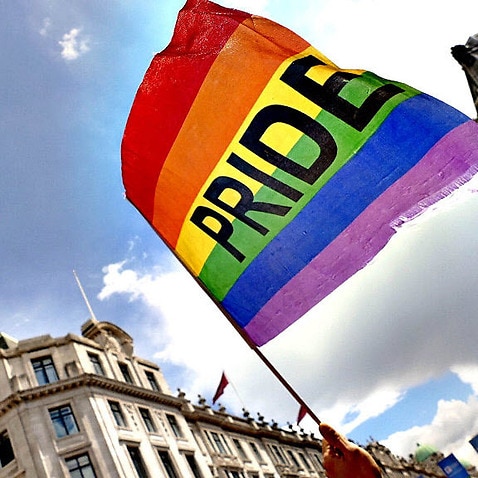 It also called on the state government to give parents and minors "full information about the psychological harms of social, medical and surgical gender transitioning".

The proposal prompted outrage from LGBTI advocates both inside and outside the party.

Mr Morrison said he had never thought about it.

"People should abide by the law. If people aren't breaking the law, that's a matter for them," he told 3AW.